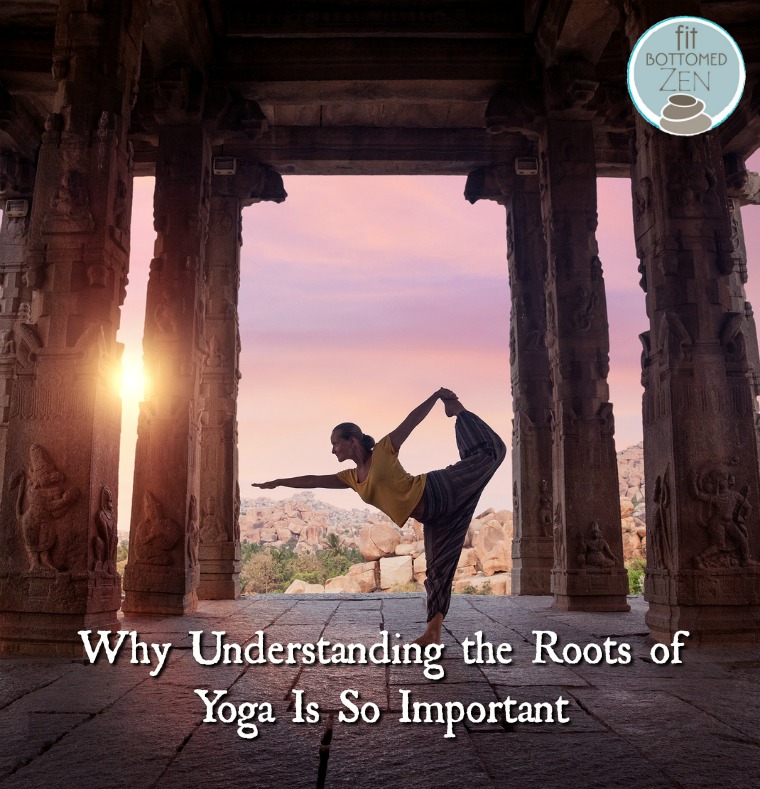 I started writing this post about appropriation, and it went in about eight different directions. As an Indian-American woman, I’ve had my own struggles with the way America practices yoga, but I don’t want to bum you out with this post. Instead, I want to encourage you to continue your path to self-fulfillment, keep practicing yoga and keep reaching for your harmonious self.

But, I want you to do that with more understanding of what yoga is, and what it means to practice it in a Western context.

Appropriation has become a buzzword lately; one that elicits eye rolls on command. It seems like wherever we go, someone is calling “appropriation” and it’s hard to know what to do about it sometimes. It can be confusing to figure out what cultural appropriation is, because so often, it seems like everything in our interconnected world came from somewhere else.

Appropriation is the practice whereby a cultural tenet of one culture is adopted or used by another culture, in isolation, at the expense of the original culture.

So, for example, when people practice yoga without respect for or knowledge of its cultural roots, or knowledge of the mental, emotional AND physical aspects of yoga, that is an act of cultural appropriation. It strips an important cultural practice — yoga — of its origins, and dilutes it and its host culture inadvertently.

Yoga is a cultural practice that originated in India thousands of years ago; it grew and developed on the subcontinent for centuries before it came to America. But too often, it’s practiced purely as a physical exercise, While yoga undoubtedly has physical benefits, it’s the mental and emotional benefits of yoga that are truly the focus. Asana, or the postures of yoga, is merely a way to prepare the physical body for mental quiet and rigor. It is intended as preparation for meditation. In fact, when yoga is done properly, the heart rate actually slows down, rather than speeding up, separating it from exercise.

If you’re interested in working out, definitely continue going to the different “yoga” classes offered. But if you’re looking for a way to find harmony between your spiritual self, your physical self, and the universe — if you’re looking for yoga itself — it may be helpful to decolonize your practice and learn more about the spiritual roots of yoga.

So here are some quick tips to get you started:

My guru used to say that yoga is one task, one mind, one moment. This means that if you are doing one thing with full concentration and your whole soul is invested in this one task, you are performing yoga. Yoga is simply bringing the mind and body into one line, imposing discipline and inviting harmony into yourself.

Try bringing this thought into your practice — learn to tune out distractions, and focus on one thing at a time. During asana practices, focus on your breath and try not to let your mind wander.

2. Ask your teacher about the spiritual and emotional aspects of yoga.

One of the things I enjoy about yoga is that it does not feel incompatible with any one religion — it’s not focused on a deity. Even if you are a devout member of another religion, you can still find spiritual fulfillment through yoga. Learn more about how yoga can bring you spiritual contentment.

Bring your ideals for your life and your life itself into harmony, and try to erase the space in between. This can be a long, slow process, but the process will teach you what yoga is, and the end result is usually pretty satisfying, in and of itself.

Even if you don’t agree with the philosophies — and certainly, I’m not one to say you should — it’s important to acknowledge them and understand where they came from.

I don’t expect yoga practitioners to fly Indian flags from their studios, and I don’t believe all yoga teachers and practitioners need to be from the subcontinent (remember that yoga is significant in other countries, such as Nepal, as well), but it’s important to realize that yoga itself is a large part of Indian philosophy. Yoga and meditation have been practiced for thousands of years, and when you divorce yoga from that long and rich history, you do it and yourself a great disservice. The colonization of yoga isn’t fair to the culture it came from or you, the practitioner searching for harmony and union.

While I embrace the many different types of “yoga” that exist today and the fact that many of these practices were formulated outside of the Indian subcontinent, I tend to see them as diversions or exercise, and never forget the fact that all of them came from the same root.

It’s important to understand the rules before you go around changing them. When we practice yoga “our way” without understanding the logic behind it, we’re missing a large part of the puzzle. —Anagha