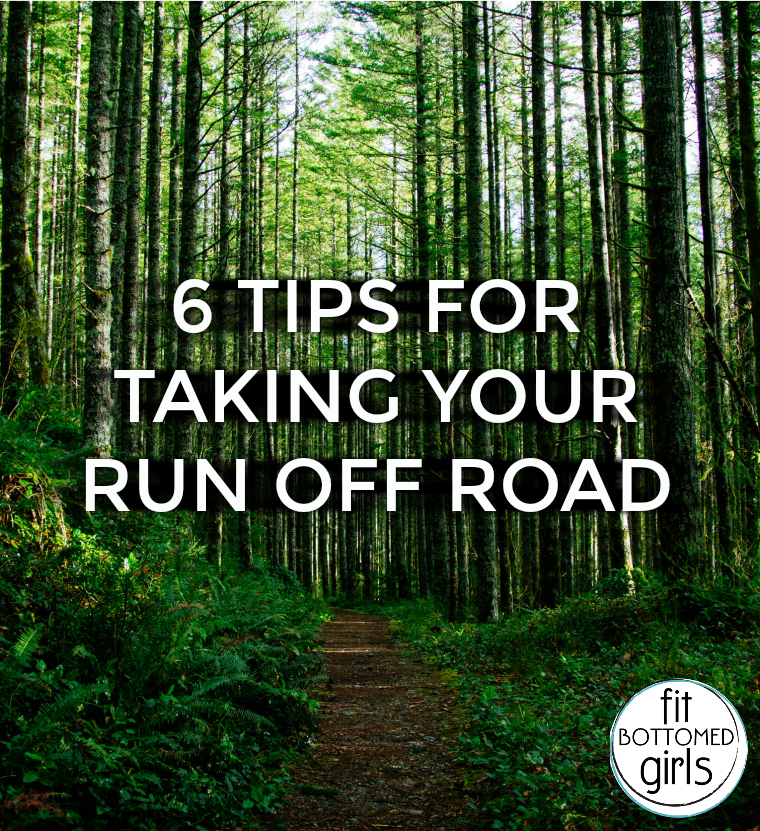 It doesn’t seem to matter where in the country you live, this summer, everywhere it was HOT, HOT, HOT. And while this crazy heat and humidity might have left you wanting to skip your run — or worse, hit the dreadmill — I have a better solution. Especially now that the weather is cooling down some.

You can surround yourself with nature and breathe the fresh air. Get a little dirty and run off any residual frustration from your day. Seriously, what’s not to love?

But before you lace up your shoes and head off road, there’s a few things you should know about trail running.

6 Tips on How to Transition From Road to Trail

1. Stay focused. Unlike being on the roads where you really only have to worry about a few uneven cracks in the sidewalk and the occasional puddle, running on trails requires a ton of focus. You might be tempted to look around at all the nature and stuff and that’s awesome … just don’t do it while you’re running. Keep your eyes focused on the ground several feet in front of you. This might sound a little tedious if you’re used to zoning out on the roads, but it actually has a cool, meditative effect — as you run, all the thoughts start to disappear. Oh, yeah, it also really makes the time fly.

2. Run by time and effort — not miles. It won’t take you long out there to figure out that trying to maintain your road pace on trails is tough … like really tough. The reality is that you’ll never run as many miles on the trails as you would during the same time period on the roads. Do yourself a favor and just drop the pace expectations — your road pace means absolutely nothing on trails. Instead, determine the length of time that you’d like to be out there and run based on effort. A good rule of thumb is that you should be able to carry on a conversation or recite the Pledge of Allegiance without gasping for air. Don’t let the slower pace discourage or frustrate you. Think about how all that strength and stability you’re gaining will benefit you when you hit the road again. For now, just relax and enjoy the change of pace.

3 Check your ego at the trailhead. Rest assured that you’ll encounter terrain and hills out there like you’ve never seen on the roads. Here’s why: roads are graded and built with a certain amount winding to avoid super steep ups and downs so that vehicles can use them safely. This isn’t how trails are constructed. Rather than weaving around them, expect to have to run straight up (or down) steep inclines. Because of this, know that when on trails some hills are meant to be walked. Yes, it’s true — walking is totally acceptable on the trails. Sometimes, it’s actually the smartest way to go, especially if you’re talking about steep or tricky terrain or when trying to conserve energy during longer runs.

4. Adapt your form. Form on the trails is a little different from form on the roads. The most obvious difference is that your trail stride won’t be as uniform and smooth. On technical trails, your stride might even feel choppy and erratic compared to what you’re used to on the roads due to all the extra obstacles and uneven terrain. If you’d prefer to stay on your feet as much as possible, be sure to lift your feet (especially your toes) up a little higher. Rather than cruising along in a straight line, you’ll probably find yourself climbing over stuff and hopping from left or right to clear roots and rocks. Also, for better balance and control, keep your elbows out a little wider — this helps with “steering”.

5. Carry the right gear. Since you won’t be as close to civilization, be prepared. Always carry a trail map and your phone. Also, carry water, fuel and a small flashlight. You may never need them but they are great to have just in case you take a wrong turn or get carried away in nature and spend more time out there than you’d planned. Trust me, it happens more frequently than you’d think.

6. Know the rules of the trail. When running on mixed-use and narrow trails, runners should yield to other trail users (hikers, bikers and horseback riders). Runners going uphill runners should yield to runners headed down. Always stick to marked trails and in order to avoid artificially widening the trail, run through puddles rather than around them. Take only photos and leave only footprints.

Have you tried trail running? —Alison