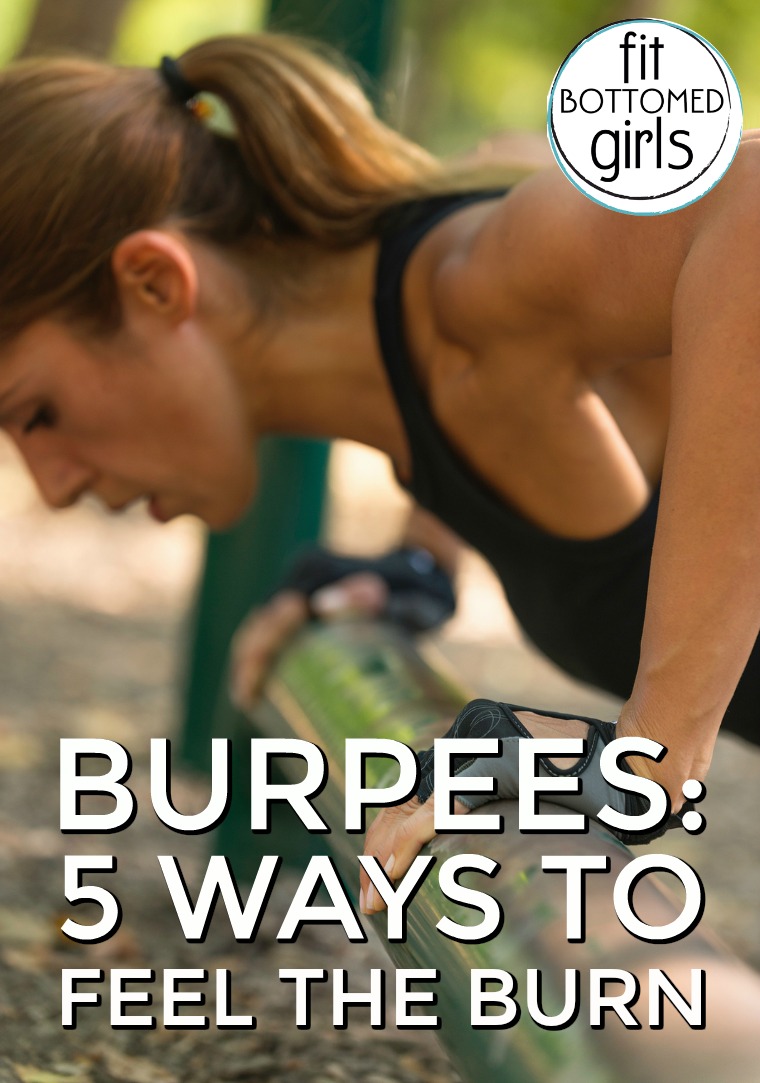 You hate ’em. You love ’em. You love to hate them. Burpees can be both your best friend — because is there another exercise that does so much for your whole body without the need of any equipment or much space? — and your worst enemy — because boy, they are not easy.

One point that’s inarguable, though, is the fact that it’s an easily modifiable move. Take your burpees slow and eliminate the jump for an easier, lower impact exercise. Want more of a challenge? There are plenty of ways to do that, too!

World Burpee Day took place last week (how did we miss it? Well, it was the first one ever — next year, we’ll be all over it!), so I’m feeling pretty inspired to try some deviations from the standard burpee. Here are five I’m itching to try.

Star Jump Burpee: Take a traditional burpee (we are pro push-up when it comes to burpees, FTR, but not everyone feels that way, so you do you!) but, instead of jumping straight up, do a star jump at the top.

Box Jump (or Step Up) Burpee: Traditional burpee, but jump or step up onto a tall box or secure ledge.

Double Burpee: Traditional burpee, but do everything twice in a row. So, two push-ups, two tucks, two jumps, rinse, repeat.

Divebomber Burpee: Ditch the usual push-up and kick your hips back before pushing through a divebomber, then hop your feet back to standing before the jump.

Candlestick Burpee: Begin standing, then roll onto your back and straighten your legs up toward the ceiling before rolling back onto your bottom, reaching forward, and going into the push-up portion.

Are you for or against the push-up as part of the burpee? I agree with what Jenn said to me when we were discussing this: “Why the hell do a burpee if you’re not gonna do it?” Push-ups all the way, baby! —Kristen