I’m going to admit something at the risk of losing some of my foodie cred (too late?), but, here goes: I really never thought of using hummus as anything but, well, hummus. I’ve dipped veggies and pita chips into it, and I’ve used it on bagels and sandwiches, but I’ve never even considered incorporating it into, like, a recipe.
And apparently I’ve really been missing out! 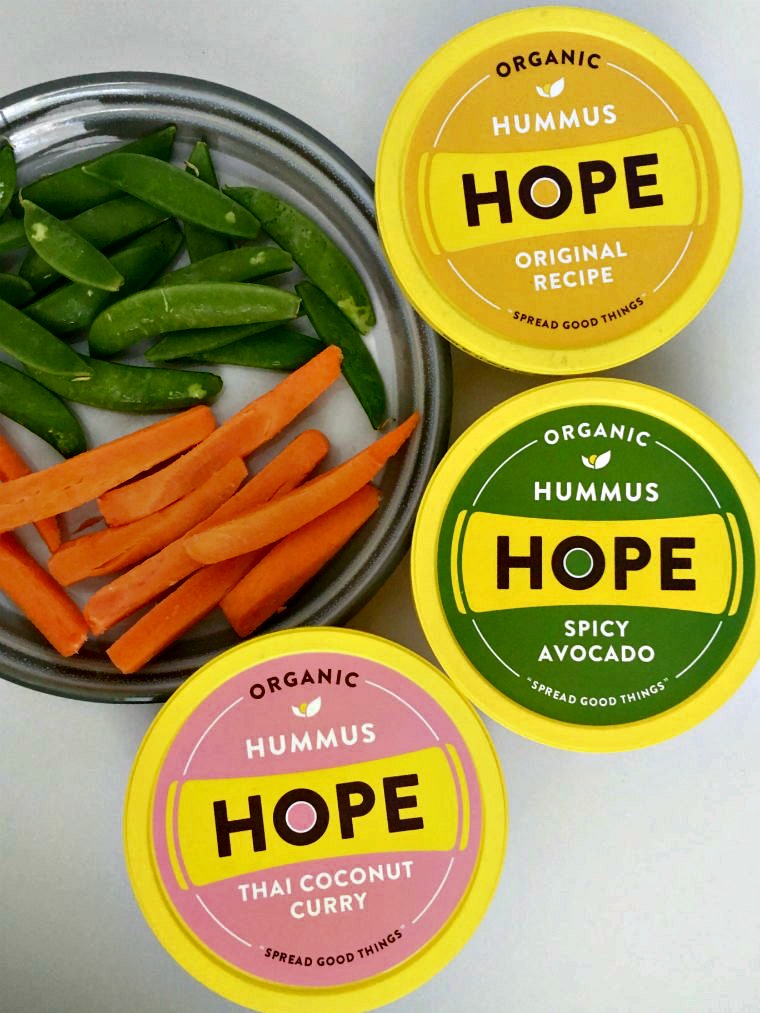 I agreed to check out some samples of flavored hummus from Hope Foods recently, and along with the tubs of Spicy Avocado Hummus and Thai Coconut Curry Hummus was a booklet of recipes that went way beyond snacky dips. Recipes like Spicy Zucchini Noodles With Strawberries (made using the Spicy Avocado flavor) and Sriracha Mac n’ Cheese Shells With Sriracha (using the Sriracha flavor). There are even dessert recipes that use their Dark Chocolate and Dark Chocolate Coconut Hummus flavors … which I was not brave enough to check out, but now I’m really rethinking that decision.
As far as a standalone snack, though, I’ve gotta say that the Thai Coconut Curry Hummus is particularly on point — it’s got a great, creamy texture, and the sweetness and spice are just perfect on every vegetable I’ve tried it on (and I’ve tried it with a lot of veggies). It’s flavorful enough that I can definitely see incorporating it in a sauce or using it as more of a dinner dip rather than a snack.
Checking out these flavors and reading all the recipes from Hope Foods has me reconsidering a lot of limitations I’ve put on hummus in the past. In what other recipes might it be a super tasty addition? Maybe stirred into a little stir-fry? I think I just figured out my dinner plans for this evening.
Have you ever used hummus in surprising recipe? —Kristen