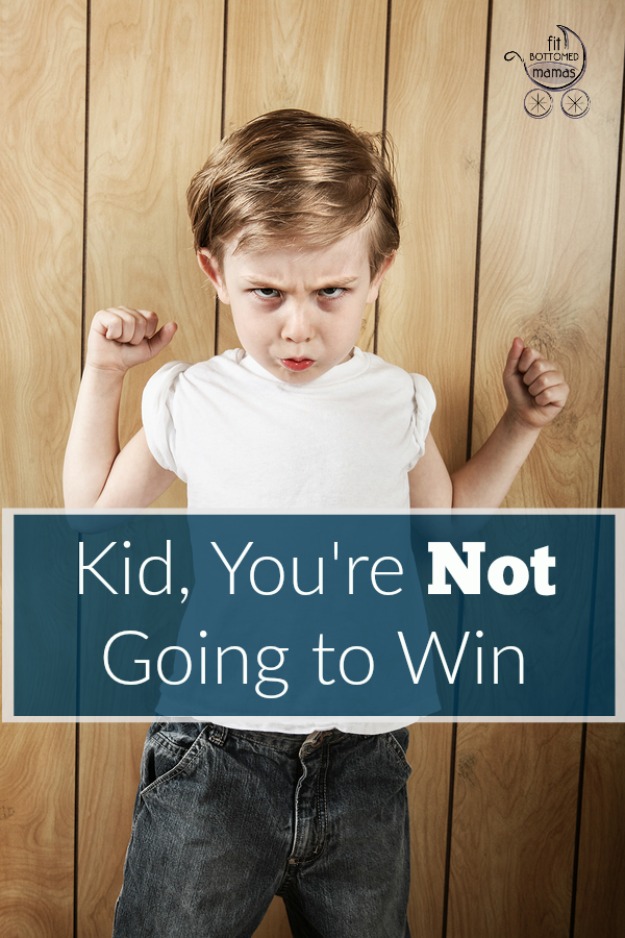 My son can be a total angel. Goofy and sweet, a little quiet and shy. At school he’s the epitome of well behaved. He recently won a student recognition award and even though it’s preschool, I was a super proud mom. He’s so sweet that the other preschoolers tell their moms what a nice boy he is. But he has a secret: He saves epic meltdowns for me.

He’s matured a lot in the last year, so at 4, his tantrums are becoming fewer and farther between. When I asked his pediatrician about them when I was at my wit’s end, she wasn’t concerned. Because he’s well behaved at school and they were decreasing in both frequency and length, she figured it was a maturity issue, and I’d just have to be patient. And my patience has paid off; things have improved, dramatically. But on occasion he still gives me a run for my money.

He’s the child that if I had seen his fits in my pre-child days, I would think, I will never let my child act like that. But there is no “letting” about it. When he’s “in the zone,” there is literally nothing that will get him out of it. Trust me, I’ve tried it all. It’s nothing if not predictable: I have to wait it out, he’ll cry, come in for a hug, and he’ll calmly pinpoint exactly what it was that set him off. But the waiting it out part is torture.

Luckily, there have been only a few instances where I’ve had to wait out the tantrum in public. One of those instances happened last week. We were heading out the door for school and he didn’t want me to leave the room without him. Then when I tried to hold his hand, it wasn’t enough because I couldn’t hold his hand right. (His newly acquired sling due to a broken collar bone due to a badly landed cartwheel didn’t help things.) Then it spiraled: He didn’t want in his car seat. He unbuckled his car seat on the (very short) way to school. Then he was mad that it was unbuckled.

When we got to school, I figured that surely seeing the other kids and teachers would snap him out of it. Only…it didn’t. And, well, I couldn’t give in at this point and show him that a tantrum would get him out of school. So I dragged him kicking and screaming into the school. When I drove off, I felt defeated. Super defeated. I questioned what I did, what I didn’t do, if there was anything I could have done differently.

As soon as I got home, I emailed his teacher. I told her I was sorry it was a rough drop-off, but that I have to be super consistent with him, otherwise he’ll think that he can get out of school if he screams loudly enough. Her response? “You are very strong! You absolutely have to be consistent!” She went on to add that he was playing games like nothing happened and was perfectly happy.

Just like that, I went from feeling defeated to feeling like I’d done something right. That it was both a blip in everyone’s day and a pivotal moment for me and him. I couldn’t control his behavior, I could only control my reaction to it, and at least from their perspective, there was nothing I should have done differently. Sure, I could have contained his tantrum and not taken him to school, but that wouldn’t have taught him anything. Plus, I would have felt even more defeated because he would have won.

Most of parenting is feeling like you’re making mistakes. Questioning whether you’re doing the right thing. Wondering if you’re scarring your kids for life. But on occasion, you might have backup. Someone besides your partner that in some way tells you you’re doing it right and it just might give you a boost when you need it most.

Do ten minutes of crazy ever lead to you being totally wiped for the day? It took me the rest of that day to recover. —Erin