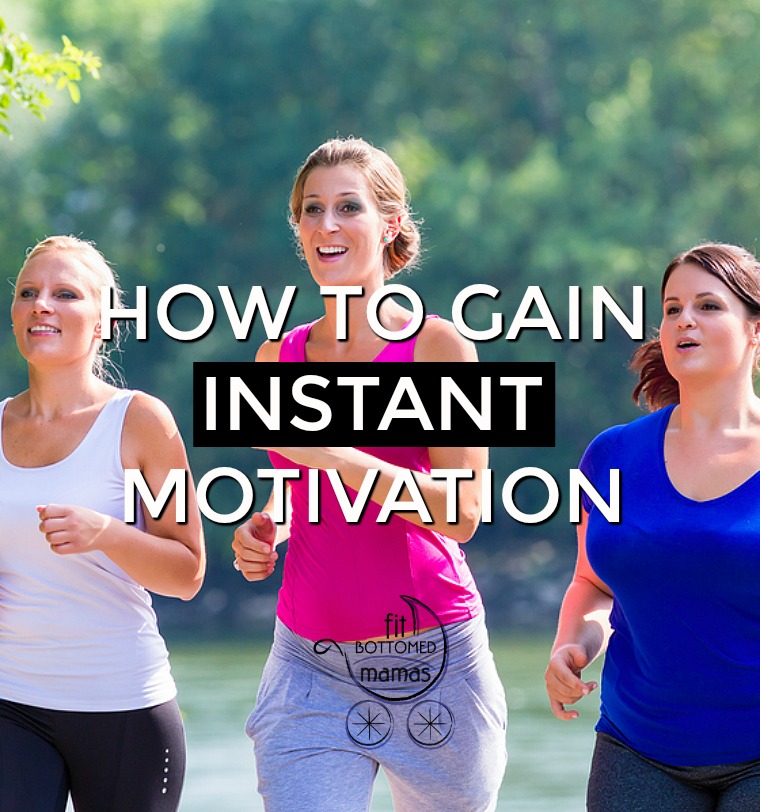 Even as a fitness writer, I think I’m fairly normal in that my motivation waxes and wanes depending on what’s going on in my life at any given moment. Training for a race, everyone in my family is healthy, no injuries? I’m at the gym or hitting the streets like clockwork. Done with a big event, a kid or two is sick and inevitably infects me, and I’m super busy at work and my house looks like a tornado hit and I just can’t recover? My workouts tend to drop off a bit.

The most important thing about fitness, I think, is consistency. Don’t go too long without working out and get active even in the smallest of time windows. After my half marathon, my cough rebounded and it took weeks to for my body to recover. Understandably during that time I took it easy, but that didn’t mean I quit everything. Even though I wasn’t running much, I’d still make the effort to walk to pick up the kids from school instead of driving. Consistency, little things.

One other thing I did recently that you should do right now if you haven’t already: Join a local Facebook group of active women. If you’re a cyclist, check out a cycling group. If you’re a runner, you’ll probably find an online group in your area. If you’re just looking for other active moms, see if you can find one for your town or make your own and invite local friends.

I joined an online group of women runners in my county a couple of months ago, and while I haven’t met up with them for any group runs, being a part of the community is hugely motivating. There are constantly shout-outs of women running and wanting company — on trails, streets and tracks. There are early birds and those who run after the kids hit the hay at night — an all times in between. There are long-distance runners desperate for company during the tough miles and runners who just want to bang out a few miles. There is someone running an event every weekend — and they’ll clue you into races you might not have heard of otherwise. All paces are represented so you never have to feel like you’re the slow one in the group.

This weekend, I watched the excitement in the group build for the New York City marathon. A lot of the women were running it, and even better than that, ALL of the women were cheering them on and stalking them via the runner trackers. It’s just so nice to see so much positivity and warmth after what seems like endless negativity online (go vote!).

When you surround yourself with positive, active people, it makes it easier to be that way yourself. You just might see others getting out there on a cold day rethink your plans to sit on the couch. Recently, one mom with three kids roughly 4, 18 months and 4 months was asking for running advice. Hello. What is more motivating than a mom who is getting out there even though you know she is subsisting on little more than coffee and running?

Are you in any awesome online groups? —Erin