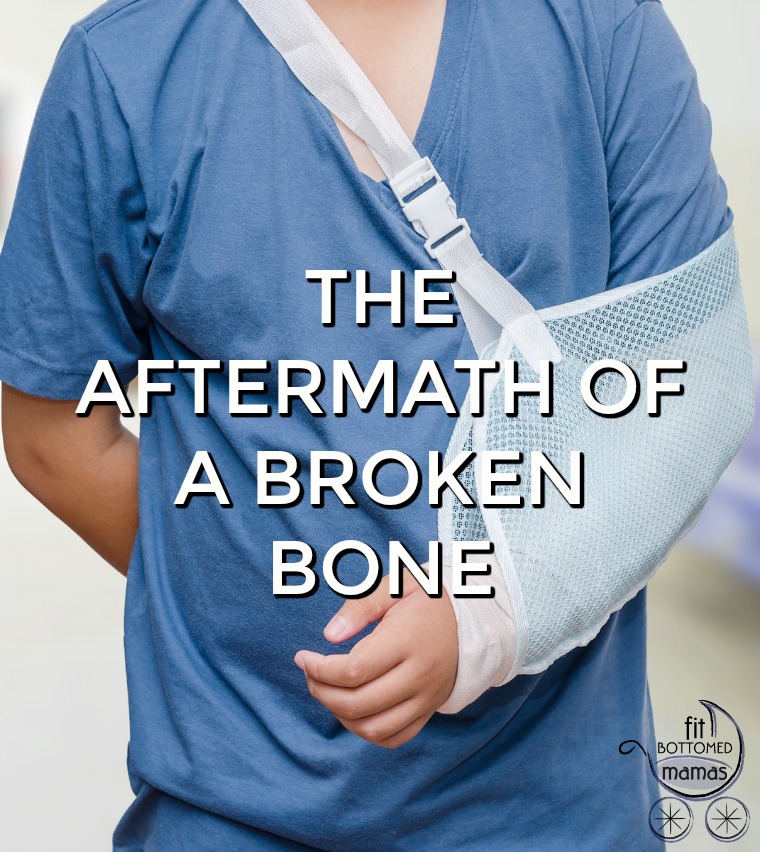 You know how it is when you can’t do something. It’s the forbidden fruit. It’s the thing you want to do the most. Take for instance when you have a cold or case of the flu. Sure a day of Netflix is great, but once you see the “Are you SURE you’re still alive and watching Netflix?” message a few times, you start to feel like you should be doing something more worthwhile. After a day, you’re begging to feel normal so you have the energy to get dressed and leave the house. Same as when you’re injured: I never want to go running more than when I’m on a rest week to prevent a tweaked knee from getting worse.

Those examples are for adults. Adults who know that the flu doesn’t allow for regular workouts and that working out on an injury will only exacerbate said injury. Adults have a hard time with this logic. So try telling a kid — a 4-year-old kid — that he can’t hit the playground or gym class or roughhouse with his sister.

I mean, this is most kids:

They are active and rambunctious. Which explains both why they get injured and why they’re impossible to keep still when they are injured.

I think I mentioned that my son broke his collar bone back in October. He failed to land a cartwheel, or rather, landed it a little too well on his shoulder. I imagine that, not knowing what a cartwheel actually entailed, he flung himself to the ground at warp speed. I didn’t see it. I only saw the aftermath, which was him refusing to move off the ground and not doing his typical Owen-style recovery, which is to jump back up and try again. Off to the ER he went for some ibuprofen and a sling. (Side note: Seriously, that is all they do: Recommend ibuprofen for 48 hours, and a sling to keep it stabilized. And this wasn’t a minor fracture, it was a straight up snapped-in-half bone. The X-ray scarred me for life.)

After his 48 hours of ibuprofen was over, he was feeling like a champ again. Which meant my words of “Don’t jump off the couch! Stop wrestling! Could you not do a headstand?” were met with this type of behavior:

Unbelievably, he was in no pain after that first weekend. So unlike most injured adults, he had no pain reminding him to take it easy. He only had a sling to remind him. After six weeks of that sling, it started being conveniently forgotten or ripped off and left in corners. His 4-week follow-up X-ray showed progress but the doctor didn’t clear him for activities. His appointment last week at 8 weeks post-injury showed significant improvement, so he’ll be able to resume most activities as of the new year. But still, no roughhousing, no being crazy, just taking it easy while new bone is being created. (Fun fact: New bone is laid down to connect the two pieces of broken bone, and the old part of the bone will just dissolve. The human body is an amazing thing.)

His healing bone doesn’t bother him one bit. I, however, will never forget seeing that X-ray. I cringe each time he gets tossed to the ground by his big sister while playing. I literally feel a twinge in my bones every time he jumps from the couch or I catch him doing a headstand on a chair in the living room.

Interestingly, there was a huge uptick in tantrums that corresponded with the injury. It took me a long time to figure it out, but without gym class at school and without his being able to participate in recess — and being told to take it easy at home — the poor kid had absolutely no outlet for his energy. Fun times — it translated to tantrums and overnight rage fits the likes of which we hadn’t dealt with in months. When we finally made the connection, we started taking more walks to look at Christmas lights, doing more dancing around the house and running laps around the kitchen table to let off some steam. So far, so good, and I can only imagine his mood will improve even more once he’s approved for normal kiddo functioning. Happy 2017, amiright?

Guess what class he’s dying to take at the YMCA? Gymnastics. Cringe. —Erin