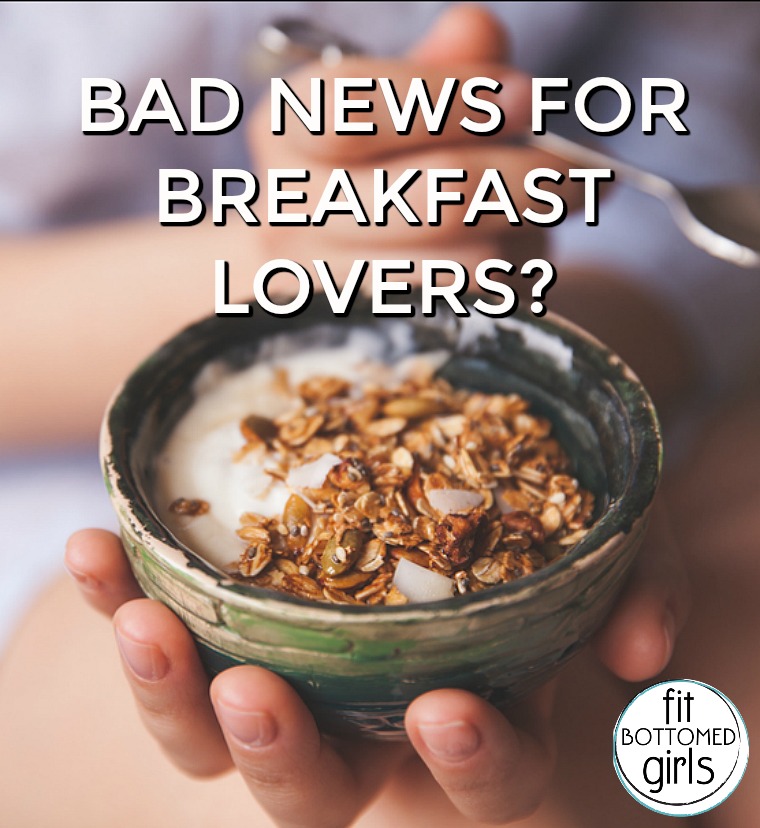 Breakfast is the most important meal of the day — or so we’ve heard all our lives, right? Now, don’t be alarmed, but as it turns out, the research that supports that claim was supported by cereal makers, aka the companies selling you breakfast. They might have been embellishing the truth a bit for their own benefit. A recent Associated Press article questioned the validity of this conventional wisdom, and it’s about time, I say.

Apparently, the research paid for by companies such as Kellogg was so influential that even the U.S. Government “cited breakfast as a way to manage weight,” the article says. But honestly, you probably know this. It’s been repeated to us for as long as we can remember. And it’s not exactly false, but it’s not exactly true either.

The article says that cereal makers sort of only shared half-truths. For example, they claimed that eating breakfast would help you lose weight, but they conveniently declined to share that if you already eat breakfast and then stop, you’re even more likely to lose weight.

Nutrition science is tricky, as we know. It seems as though for every ounce of research you find supporting one diet or lifestyle, there’s some kind of research out there suggesting the exact opposite. The recent article says simply, “studies often misleadingly used language to indicate that breakfast influenced weight, even though the findings did not establish a cause-and-effect relationship.” That might be the No. 1 thing I remember from school: correlation does not equal causation. And it’s wrong to imply otherwise. Uh oh.

If this information has turned your life upside down (big breakfast fan here!), don’t worry. I would offer more condolences in the form of additional research, but given the circumstances, that seems like a waste. So I’ll leave you with this: If you’ve developed a habit that is working for you, continue that. If you think you need a change,  try cutting (or beginning) breakfast for a short time and see what happens. At this point, who knows what will work? In these crazy times, you do you.

Do you eat breakfast? Will this news change your morning meal habits at all? — Megan