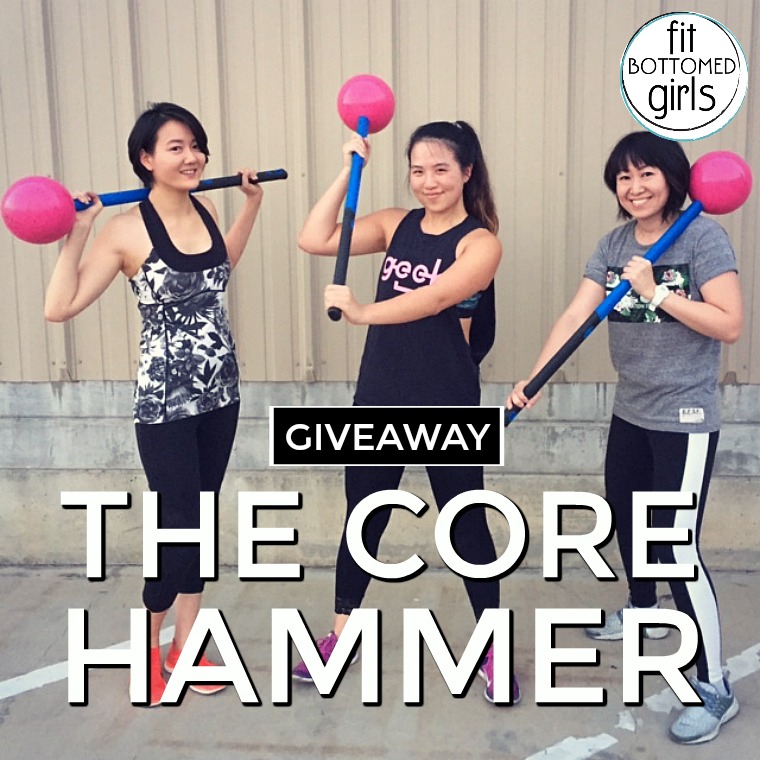 What time is it?

No, not that Hammer (although he is awesome). The Core Hammer!

The MostFit Core Hammer ($199) is a first of its kind, finally making sledgehammer workouts possible without the tire. The CoreHammer is designed just like a sledgehammer, but the head is round and composed of solid hard rubber, give you the right amount of rebound so that you can establish a rhythm that mimics traditional sledgehammer swings. This means that badass sledgehammer workouts can now be done anywhere … in a park, gym, CrossFit box or at home — and that multiple users can work out together in small spaces. The Core Hammer fits in nicely with MostFit’s mantra of helping you to be the “Most Fit” you can be — anywhere, any time.

And the Core Hammer we’re giving away today isn’t just any Core Hammer. It’s the limited edition Cancer Awareness Core Hammer that was released as part of the “Smash Cancer” campaign. (Love that.) It’s pink, 8 pounds and full of awesome. You totally want this one, ladies!

Entering to win is easy. Simply leave a comment and tell us what goal you’re going to smash in 2017 (fitness, nutrition, career, personal — whatever!) and we’ll pick a winner in about a week and announce him/her in the comments and directly via email. Want a bonus entry? Tell someone else about this giveaway (via email, text, social media, whatevs) and leave a second comment with who you told.

This is the third giveaway of the week: Sunday it was a pair of Brooks Running shoes, Monday it was a TRX. This week just keeps getting more awesome, right?! —Jenn