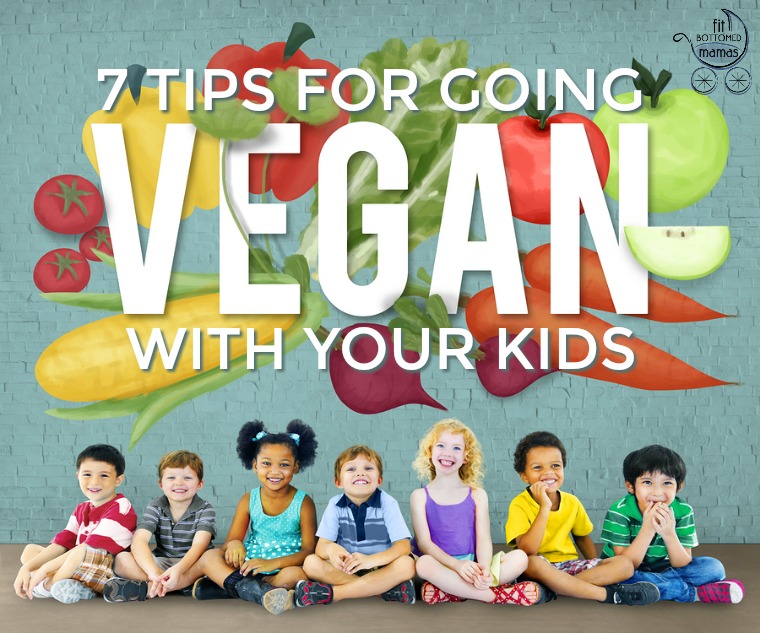 I admit it. I’ve made some major mistakes in the kitchen. It’s no secret that I love, I mean LOVE, to cook. I am no Giada, but over the years of my marriage I have learned my way with food. My husband, no matter how terrible the dish, would always eat it with a smile. Our children, not so much.

They are the most honest panel when it comes to food criticism in our house. So, when I dabbled into veganism out of personal interest, of course they were right beside me with their opinions. Here’s what I learned …

7 Tips for Going Vegan With Your Kids

1. Treat it like an experiment. I find it fun to experiment with food with my kids, and I love that they are interest in trying new things. Evan a bit more than Sadie; she could live off of bread and Cheerios (100 percent my child).

2. Expect to make mistakes. I made many, and I mean MANY errors when giving veganism a try. Mostly because I mixed some foods that should not have been mixed and overdid it on this or that. What I learned is that, food is MEANT to be played with and that there are so many ways to substitute items.

3. Learn as you go. Through veganism I learned new ways to gain that creaminess for dressings and sauces and that cheesy taste that you normal find in dairy. Did you know you can make Alfredo using an avocado, almond milk and garlic? I also had no idea what nutritional yeast was prior to this journey (hello, cheesy flavor!). I also learned to make lasagna using tofu, nutritional yeast and almond milk for the ricotta!

4. You might be more phased than your kids. Thinking “my kid won’t eat that” doesn’t set any of us up for success. I found talking about it less and just serving it worked best.

5. Model the behavior you’d like to see. Jake and I remained positive and upbeat about all the recipes, and that played a huge role in our children’s response. Now, I’m not saying every recipe was a home run. But, we did manage to hit close to 80 percent out of the park!

6. Know your audience. I stuck to the one request my husband had for me: don’t skip out on flavor. No seasoning is off limits for him. Except spiciness — the kids are not a fan of spicy foods. Often times I would add ours after the meal was plated so that Jake and I still were able to enjoy the full flavor of the recipes.

7. Just serve the food. When Evan asks what’s for dinner, I often say “you’ll see” or “can you guess?” Make a game out of it, but don’t stress yourself out. It’s fun to try new foods!

For more about my vegan journey head on over to Fit Bottomed Eats and see how I prepared and tackled this head on. —Jennifer