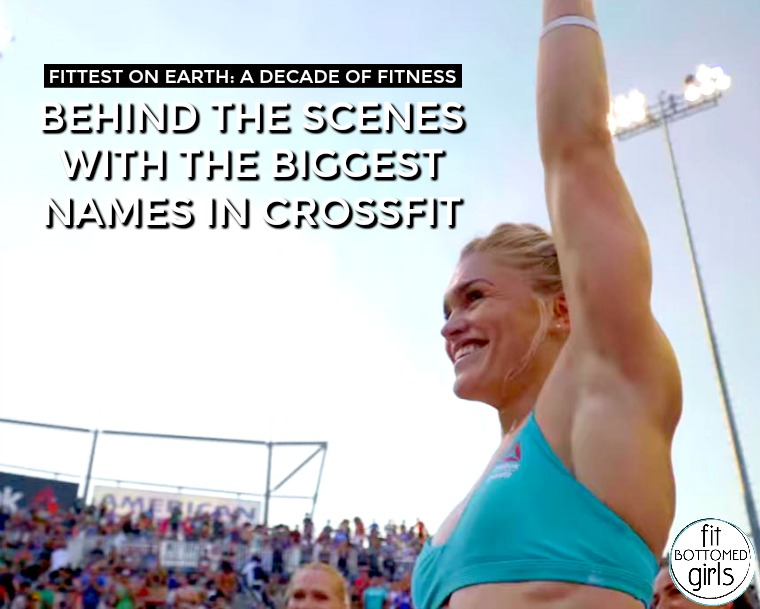 Whether or not you do CrossFit, you have to admit that the CrossFit Games — and the athletes who compete in them — are an incredible thing to behold. Beyond just wondering how the heck people can push themselves that hard and be that strong and have that many abs (it’s insane; it’s like they actually have extra ab muscles), it’s just hella inspiring. And fascinating.

How do these people get there? How do they train? Do they have special genes that give them those extra abs?

If you’ve ever wondered that and more — or even if you haven’t and you just want something cool to watch — the new documentary Fittest on Earth: A Decade of Fitness is worth viewing. We were able to download a copy of it for review and it was such a cool behind-the-scenes look at the 2016 CrossFit Games, which was a grueling five-day, 15-event competition and declares a man and woman as the “fittest on earth.”

Here’s the trailer to give you a taste for the doc and get ya all fired up.

So, inspiration? Yeah, you get that. Humor? There’s so much of that. Passion? Hell yeah. Commitment? These athletes have loads upon loads of it. I know I keep saying incredible, but it’s incredible.

Two of my biggest and most surprising takeaways from the film (without giving away too much, of course) had to do with Katrin Davidsdottir and Tia-Clair Toomey. First, Katrin. She talks about how big of a supporter her late grandmother was of her and how she’s doing it all for her. Man, all the feels. It’s really touching and heartfelt.Second, you would think that these men and women would be so confident. I mean, just by being in the CrossFit Games arena they’re superheros. But, Tia-Clair Toomey has a few moments of self doubt that are so real and just almost difficult to watch. It just goes to show you that confidence doesn’t come from appearance or performance. (And, Tia-Clair, if you’re reading this, we think you’re ah-mazing, girl!)

Oh, and if you’re fans of peeps like Mat Fraser, Sara Sigmundsdottir, Ben Smith and Josh Bridges, they’re in there, too.

Do you follow any CrossFit athletes? I’m such a Katrin fan now! —Jenn