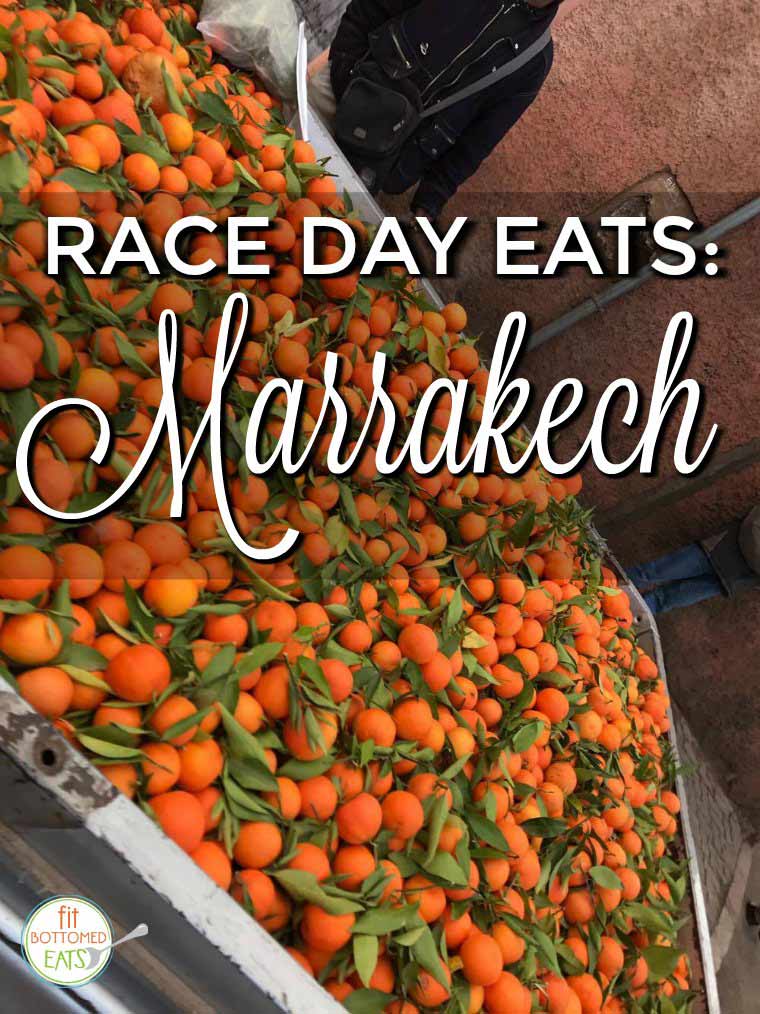 “Nothing new on race day” is a tried and true piece of running advice. No new shoes, no new shorts, no new foods. But when you’re participating in a destination race on another continent, this adage is much harder to follow.
This January, I spent several days in Morocco with a group of friends to run the Marrakech Marathon/Half Marathon. We rented a riad (think open air courtyard with internal balconies, with tons of plants and sitting areas) spent the pre race days exploring the city. 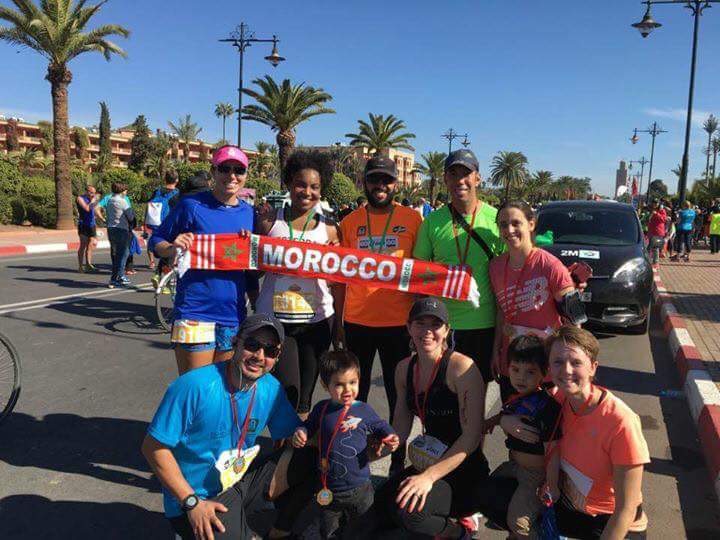 Lucky for us, Moroccan food is fresh and simple. The most common dish is called a tagine, which is also the name of the clay pot used to steam the meat and veggies. Infinite combinations of tagine exist — my favorite is anything with dates or apricots in it. Because the top of the clay pot keeps the food moist, the meat and veggies are unbelievably tender.
Couscous is another common North African dish — but this is not the stuff that comes out of a box from Trader Joe’s (#nodisrespecttoTraderJoe). Traditional couscous, which is made with semolina grains, is fluffier and much richer in flavor. 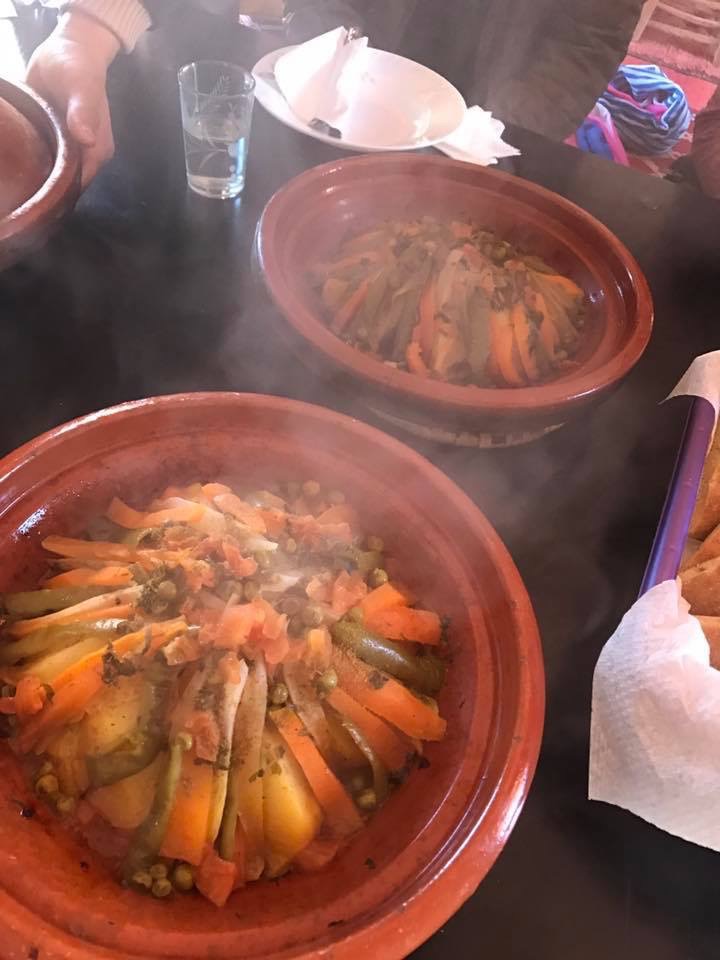 Tagine is so fragrant and delicious.

I have never been a tea drinker, but the preparation and presentation of the mint tea, along with the sweet, herbal taste, has convinced me that maybe this is the way to go. Making tea in the traditional manner involves several steps and a specific pour that encourages the aromas to spread around the table. 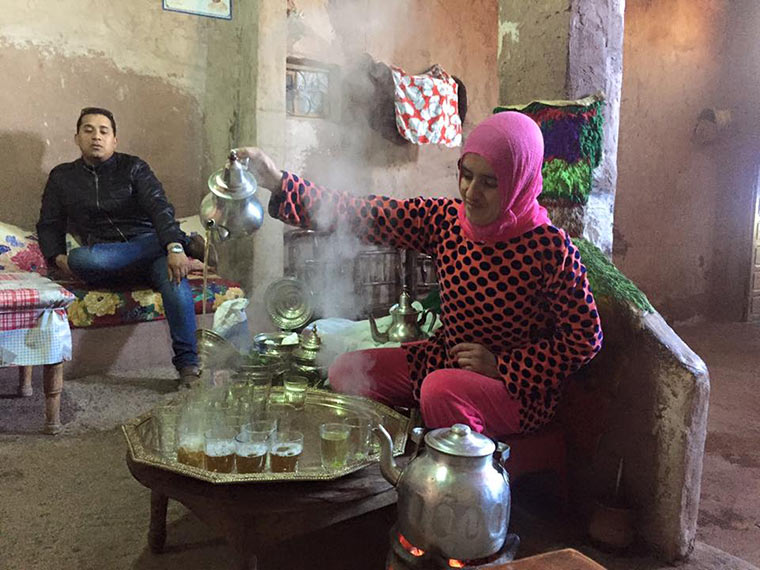 The mild climate in Morocco is perfect for growing citrus fruit, and Marrakech is known for its abundant citrus fruit, and the race course provided whole oranges and bottles of water at the aid stations. No gels, chews or Gatorade here. Interestingly enough, no Porta-Potties either, which could be a bit of an issue if you were having a bad day. The more you know, right?
Post race, we decided it was time to be adventurous. Nothing new on race day does not mean nothing new during post race evening! We booked a food tour with a guide and spent over four hours wandering the Old Medina, tasting traditional dishes and learning some of the history of the Moroccan people.
Our first stop was to taste mechoui, lamb cooked in a traditional earthen oven. The lamb is lowered into the clay pit and left there for hours, and when it is ready to eat it is soft and tender. Spices are added after cooking by the diner, with salt and cumin being a popular mixture. This meat was soft and the salt/cumin mix was savory and rich. The head of the lamb is a delicacy, and after a deep breath I tasted some of the cheek meat.
Spoiler alert: tastes like lamb. I left the eyeball and tongue to other, more adventurous members of the group.
Next up were stops at the olive stand, as well as a couple of street food carts with breads and sandwich- type snacks. 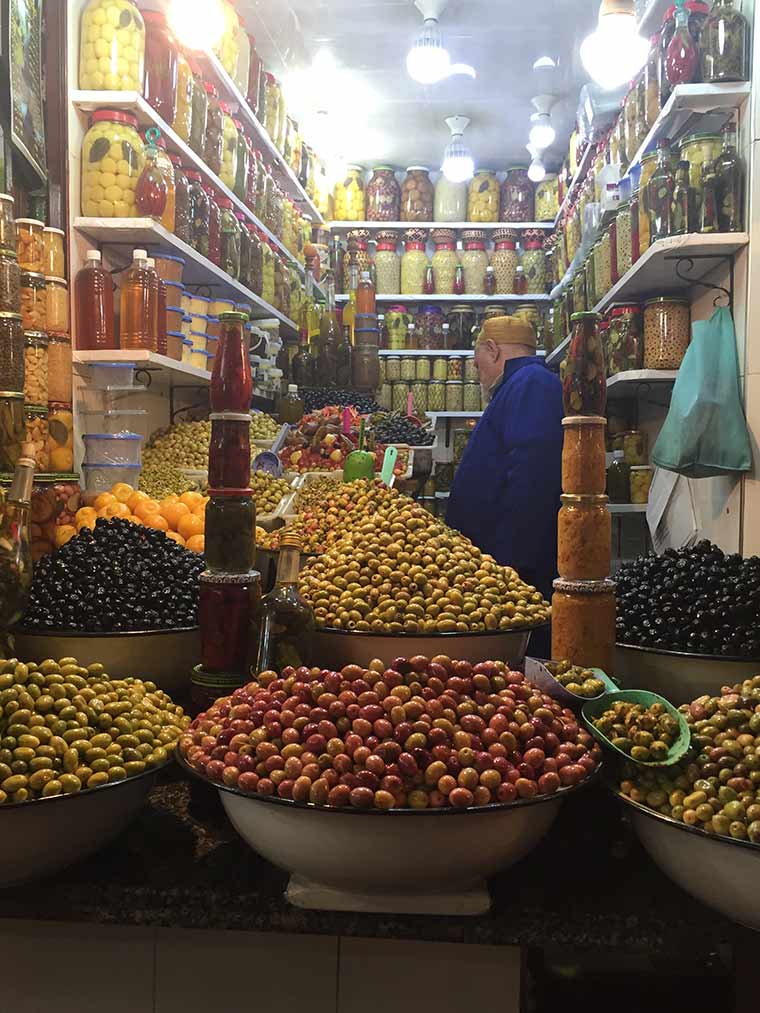 As athletes, we all know that protein is an integral part of our diet. However, I am not sure that snails are the way I want to get in my daily allotment! Although they smelled fragrant and spicy, I just could not bring myself to try one. Everyone in the group said they were delicious — and I was happy to believe them. 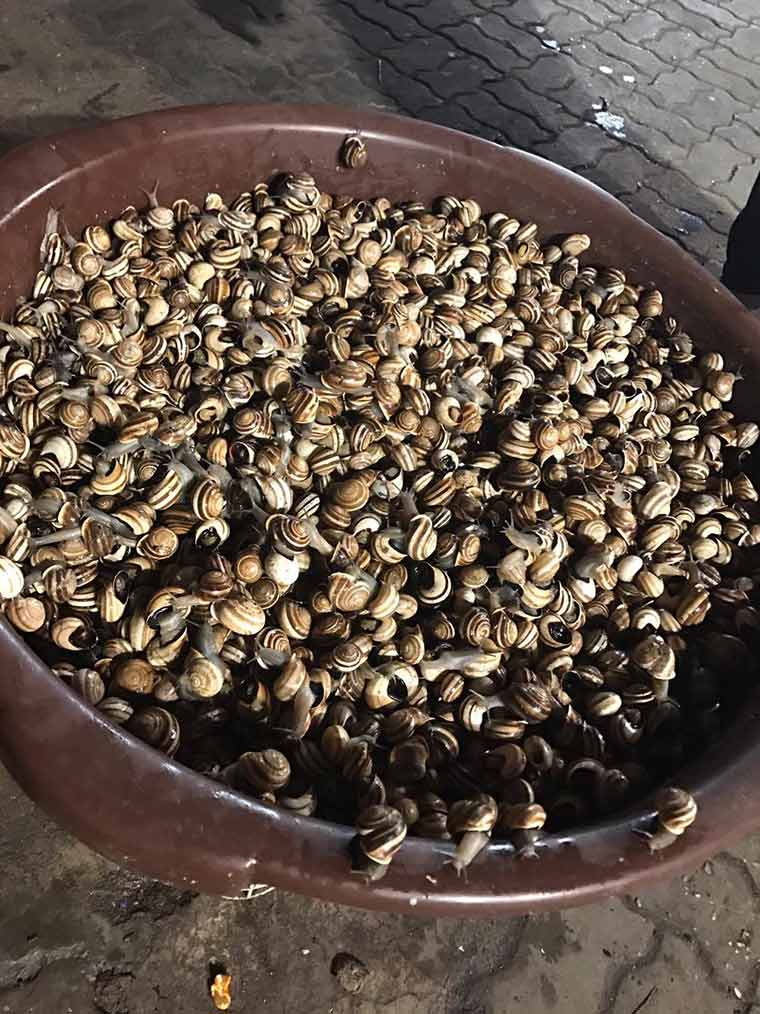 The Moroccan food adventure was the perfect event to close out race day, and we waddled home, slightly sore and comfortably full. I say try something new next race day because you never know what treats you may discover — AFTER your run, of course.
Ever run a race in a foreign country? What challenges did you face … and, more importantly, what did you eat afterward? —Cara
New Fitness
New Mamas
New Eats
New Zen
STAY IN THE KNOW
When new stuff happens, you'll be the first to know!