Think track workouts are only for serious runners? You know, the super speedy people wearing tiny shorts as they try to bring their 6:30/mile pace down to 6:15?

Think again. Track workouts are great for all kinds of runners — including newbies and back-of-packers. Running around a track (even if it’s not a real track and it’s just a set, visible distance) can really help runners find their different gears, learn what it feels like to push through, and get an idea of what kind of recovery they need before they can push again. It helps build stamina and speed. 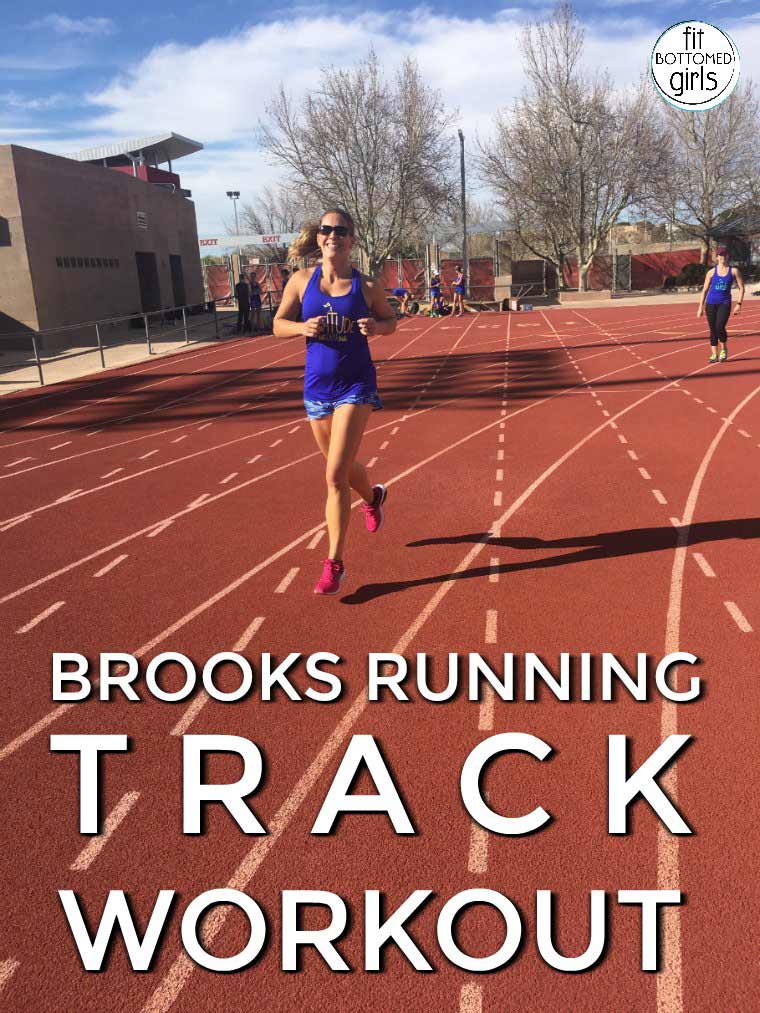 But those aren’t the only reasons I love hitting the track.

I’m slower than most of my runner friends, which means that meeting them for any sort of a sustained run generally means I meet them at the start and then we catch up over coffee at the end — we don’t *really* run together if they’re wanting to run their own pace.

At the track, though, it’s different. For one thing, because I’m better at sprint-type workouts than long distance cardio, there’s less of a difference between my pace and my friends’ at the track, at least for the shorter distance workouts. And even if I’m getting lapped by someone, I’m actually getting lapped, which means that I’m at least seeing the same faces throughout the workout. We’re cheering for one another (or at least giving each other finger guns if we can’t breathe well enough to speak), and sometimes, just seeing a friend who’s giving it their all while you’re doing the same is enough to push you to go just a smidge harder.

That was the case for me at Camp Brooks Altitude Training track workout when I was in Albuquerque this spring. (As you might recall, we’re Brooks Running ambassadors and they covered my trip, but everything here is just my honest opinion!) I’ve run with my fellow ambassadors before, and many of them are fast. And when we were teamed up with some elite athletes from around the country, well, there was a lot of speed happening on that track. Even though our paces might’ve differed somewhat drastically, the experiences was shared, and the outcome was the same — we were pushing hard. It was awesome.

Also awesome? The actual track workout we did, which was not one I’d ever done before (and I’ve done a lot of track workouts!), so I knew I had to share. Thanks to Coach Danny Mackey for putting this one together, and to the Brooks Beasts for putting us through our paces. Having professional runners cheering for you and screaming for you to hit your times is every bit as motivating as you might think. 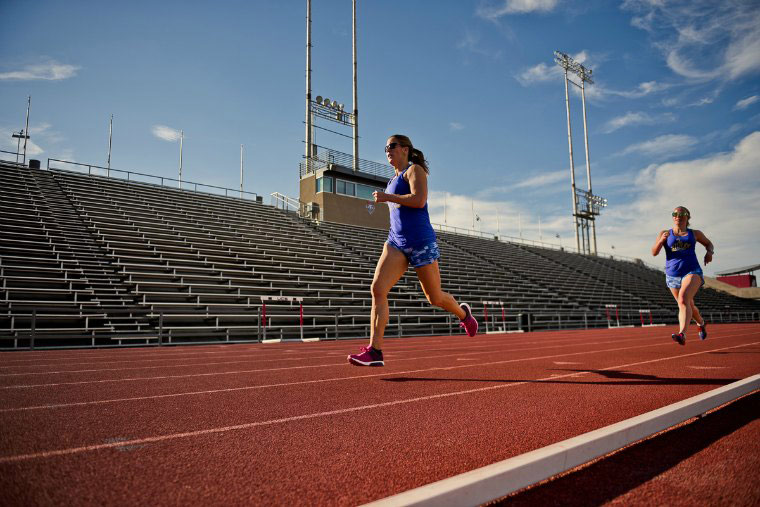 The real kicker (for me, anyway) was having the mix of going by time and going by distance — it was a bit of a mind game, which is a good thing now and again when it comes to running, right? I’m not the only one who thinks it’s tough, either. Garrett Heath, one of the Beasts, later told me, “That’s one of the hardest workouts we do, and you guys did great! We expected a lot more carnage.” Glad I hadn’t known that going in!

Are you a fan of track workouts? What’s your favorite? I come back to this one any time I show up at the track without a set plan. —Kristen