School’s out. The weather is sort of decent some days. You may have been considering hitting the pavement and going for a nice run outside. Or maybe you’ve been telling yourself it’s time to sign up for that half marathon you’ve been thinking about for ages. Oh, just me? No. I’m sure I’m not alone in these feelings, right? Well, if you (like me) are looking for that last bit of motivation and inspiration to get you going, look no further.

Just a few days ago, on June 4, Harriette Thompson became the oldest woman in the world to finish a half marathon. She is 94 years old. It goes without saying, but I’ll say it anyway because she deserves it: That’s amazing.

She completed the San Diego Rock ‘n’ Roll half marathon officially in 3:42:56. 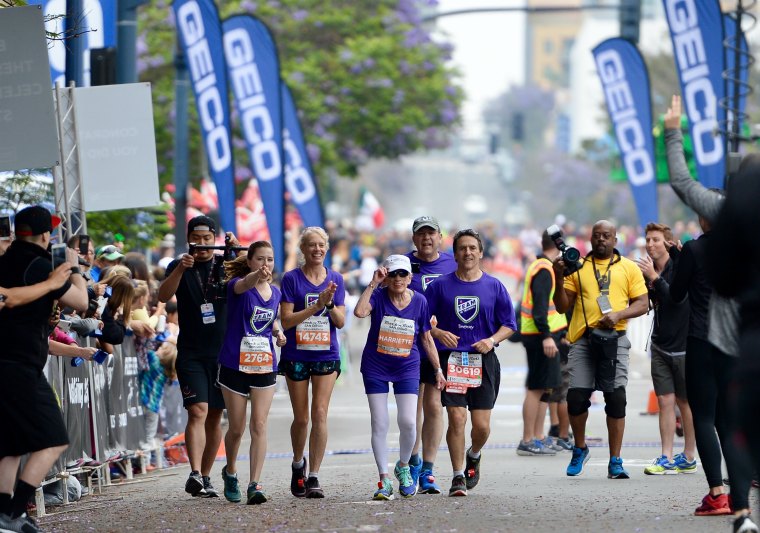 If that isn’t enough to inspire you to get up and get moving, there’s more. Harriette Thompson also set a world record in 2015 at the same race. She became the oldest woman in the world to complete a full marathon.

But she’s not doing this just for the fun of it. She’s a two-time cancer survivor, and she runs to raise money for the Leukemia & Lymphoma Society. She has raised more than $100,000.

Her motivation is truly inspiring. Sure, it’s also inspiring that she’s rockin’ a Rock ‘n’ Roll marathon at 94 years old, but it’s doubly impressive that she’s doing so to support such a worthy cause.

If you’d like to take a page from her book (sooner rather than later), here are a few ways you could raise money yourself while running. 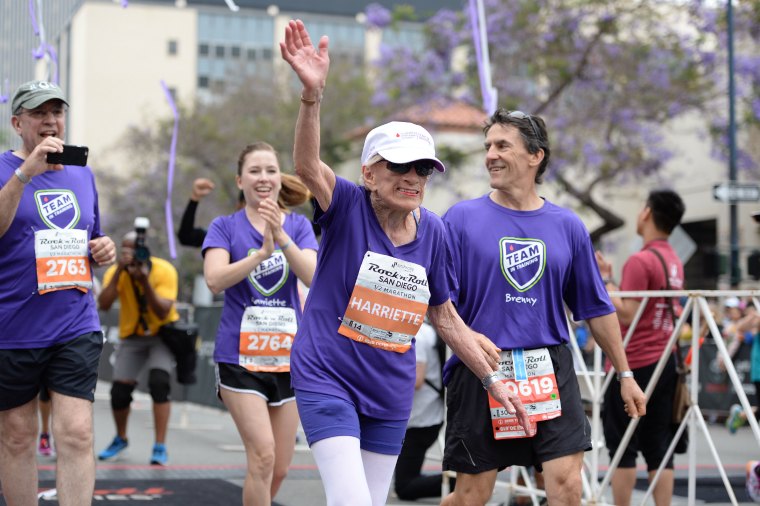 1. ASPCA (American Society for the Prevention of Cruelty to Animals): Join Team ASPCA and complete a virtual 5K to raise money to protect cute, innocent animals.

3. Charity Miles (iOS and Android app): Download the app, choose your charity, and walk, run, or bike to earn money for your chosen recipient.

Would running for a greater purpose make you more likely to get moving? I know it would for me! — Megan