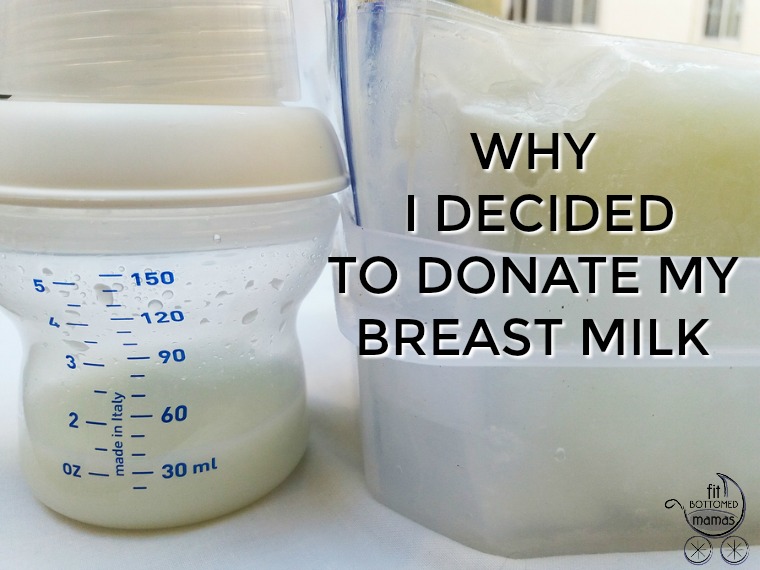 My twin girls, Goldie and Ilana, were born very premature at 27 weeks and four days. I remember almost every detail of my emergency C-section — from the moment the nurse came in to put compression socks on me to the uncontrollable shaking in the recovery room.

I also remember the nurse asking if I wanted to breastfeed and bringing in a pump a short time after being stitched up. She helped me get everything set up and made me feel so amazing for producing the smallest amount of colostrum. From that moment on, I pumped without fail every three hours on the dot.

Being a NICU mom to such tiny babies is the most helpless feeling in the world. There was little that I could do to care for my babies. But I could make milk, and I was determined to do just that.

Tragically, three days after birth our sweet Ilana passed away. Her complications were just too great to survive in the physical world. I took my time saying goodbye (although there would never be enough time) and then I went back to pumping. A lactation consultant a few months later told me that she had been nervous I wouldn’t make much based on the very early and very traumatic start, but my body didn’t get that message. My body kicked into high gear and soon a few drops of colostrum turned into 20 ml; and 20 ml turned into 2 ounces; and 2 ounces turned enough milk to nourish my twin girls. Only there was just one baby to feed.

I learned about milk donation from the lactation consultant at the hospital. I am lucky to live in a city where milk donation is made easy with a local milk bank. Saint Luke’s Heart of America Mother’s Milk Bank in Kansas City is one of just a handful of milk banks in America that collects donations and distributes to the most fragile of babies. Breast milk is often referred to as liquid gold and just one drop spilled or wasted can rattle even moms of full-term healthy babies.

Ilana’s complications were not ones that could be fixed with breast milk, but for many premature babies, like our surviving twin, Goldie, breast milk is considered a powerful medicine. I wish with all my heart that my milk could have saved my baby, but I am grateful that the over 3,000 ounces I donated to the milk bank helped save many babies.

Milk sharing is another option for overproducing mothers, and how I met one of the most wonderful women I know. Ioana and I “met” over the internet in a Facebook group called Human Milk for Human Babies. There are other sharing sites, but they all have the same purpose: to connect moms who have milk to share with those in need. Ioana has one of those magnetic personalities. She’s the mom who makes it look easy, but watching her in action doesn’t make you feel bad about barely staying above water yourself.

I estimate that I was able to give Ioana around 1,000 ounces to help her fill the gap in what she was able to provide for her baby. But it’s more about the gift that she gave me. My body was supposed to feed two babies. Ioana gave me that chance.

Have you ever used milk donation or milk sharing? It’s one of the most rewarding things I have done as a mom and woman. Despite the odds, my body worked. Goldie and little sis, Mona, get 100 percent of Ilana’s kisses, but lots of babies get her milk. —Julie