Maryam Henein is an investigative reporter and the co-founder of HoneyColony.com, an online health and wellness magazine and marketplace aimed at empowering people to be their own best health advocate. Maryam is best known for work co-directing the internationally acclaimed documentary Vanishing of the Bees, narrated by Ellen Page. Maryam survived a near-death experience and was subsequently a victim of three pesticide exposures following the release of her film. In 2011, she was diagnosed with lupus, an “incurable autoimmune disease.” Despite being told her body was “attacking itself,” Maryam persevered for six years and reversed her condition naturally without steroids or anti-depressants. Her vibrance is apparent. Today, she’s studying functional medicine and metabolics and guiding others back to health. And we’re so lucky to have a guest post from her today with her personal story of taking her health back, an update on the vanishing of the bees — and why it matters to all of us. 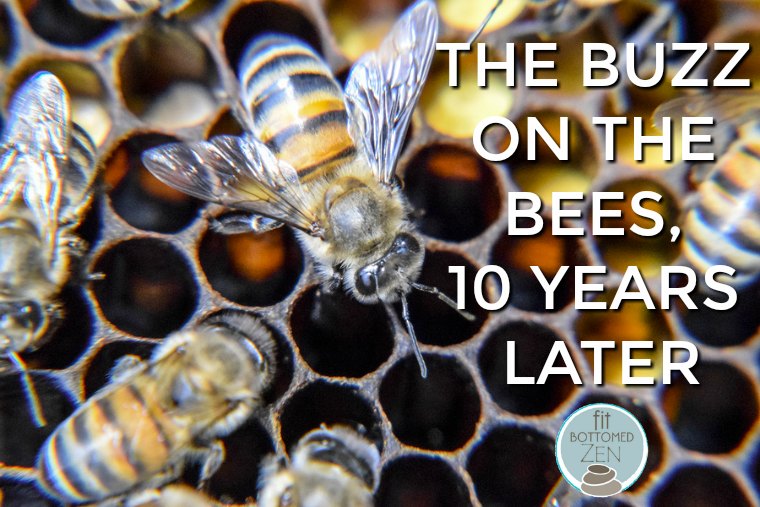 Vanishing of the Bees: An Introduction to CCD

It’s hard to believe that an entire decade has already passed since American beekeeper David Hackenberg first sounded the alarm on the vanishing of the bees in the United States, also known today as Colony Collapse Disorder (CCD). With CCD, bees abandon the brood and the queen, which is unheard of in nature. I view this as a direct parallel to humanity forsaking Mother Earth. More importantly, the disappearance of these valuable ancient creatures hints to a greater environmental and cultural crisis affecting the world we inhabit.

Hardworking honeybees are responsible for the pollination of approximately one-third of all industrial crops globally — a value exceeding $577 billion every year! What’s worse is that they continue to die off in massive numbers worldwide. Except now, the systemic pesticides involved in industrial farming are also killing native species of bees, birds, butterflies, bats and even earthworms. Pesticide residues have also been found lingering in our waterways, soil and our brains. And it’s not just happening in the U.S. Even Greece is losing bees to CCD.

But wait, that’s not all. What’s most important to note is that these nicotine-based neurotoxic chemicals are the most commonly used pesticides in the world. And they are now also found to be a contributing factor to the degradation of the ocean’s Great Barrier Reef. Marine scientist Craig Downs found that the systemic pesticideimidacloprid is widely present in more than 67 coral reef species tested. It also was reported to have significantly negative genotoxic and reproductive effects on marine organisms even at doses as low as 500 parts per trillion. This devastating damage is a long way away from the corn fields.

When Vanishing of the Bees was released back in 2010, people questioned our theory that systemic pesticides are at the heart of CCD related bee deaths. To date, there have been more than 800 peer reviewed reports confirming that systemic pesticides cause bee mortalities. In fact, these neurotoxins, which generate about $3 billion for AG giants Syngenta and Bayer Crop Science, are now being compared to DDT.

Back in 2007, I was clueless to the fact that honeybees are the most effective pollination insects in the world, responsible for everything from avocados to zucchini. I had no idea that bees are like indentured slaves, trucked from state to state to forage crops. I also knew nothing about the ills of modern agriculture,with its vast monocultures, “necessary” poisons and, of course, the endless thirst for profits over people and planet.

Taking a Look Back in Time

Growing up in the ’70s and ’80s, I was ignorant to the negative impacts of conventional foods. Most of us were. We were living in different times; one full of low-fat foods and misinformation. Between regular nutritious Egyptian home-cooked meals, I indulged in my fair share of American television, and junk food including Oreos, Coca Cola, and macaroni and cheese. By the time I was 16, I was trying fad diets with little understanding (yet) on the importance of plants and real, nutrient-dense foods.

In 2002, I experienced a rude awakening to the realities of Western medicine when I was hit by an SUV as a pedestrian, without insurance. As a Canadian, coverage was always included. The hulking metal hit me at 30 miles an hour, hurling me onto the hood, before throwing me back on the asphalt and pinning me between cement and tire, and dragging me 49 feet. I broke my L1 lumbar vertebra, five ribs, my tailbone, and my left femur, which was outfitted with a 14-inch titanium rod. It was a miracle I was not paralyzed or brain damaged.

It took me a few years to properly walk again and after that my body seemingly exploded into a flurry of other health issues. In retrospect I was dealing with issues that came from having a body stuck in a prolonged state of fight or flight: adrenal fatigue, leaky gut, candida, insomnia, etc. It was further initiation; I used my investigative skills to holistically put Humpty Dumpty (me) back together again.

By 2005, I was following a strict candida diet and had cut out gluten, dairy and sugar from my life. I deepened my yoga practice and worked to remove the metal rod from my leg. It wasn’t instantaneous, but slowly over two years my health finally improved. Shortly thereafter, the bees flew into my life both figuratively and literally. The five years that ensued thereafter during the making of the Vanishing of the Bees were magical and profound on so many levels. Just traveling the world with purpose and in service to an issue of global magnitude was healing.

In 2010, after the release of the film, I was in the Dominican Republic, ironically at an environmental film festival showcasing my documentary film. While I was enjoying the last day at the beach before heading to the event, someone was using a damn leaf blower. Or so I thought. I rushed outside to ask him to turn it off.

As the man turned to face me, I noticed he had a pack on his back. He was also wearing a full-on industrial respirator (albeit no other protection). That’s when I realized he wasn’t blowing leaves; he was fumigating against mosquitoes between our condo and the one next door.By the time I realized what was happening, it was too late. It was windy and I was assaulted by a waft of poisonous pesticides.

Incidentally, each year ONE BILLION pounds of pesticides are used in the United States alone and 6.5 billion pounds worldwide. The health effects of chronic exposure to low levels of of these well-known toxic chemicals are only beginning to be clinically investigated.

At no point whatsoever did my doctor consider the chemical burden I had experienced when diagnosing me with lupus. Instead, she sent me home with pharmaceutical drugs and told me my condition was hopeless.

Between 50 and 80 million Americans suffer from some type of autoimmune condition. I also developed Multiple chemical sensitivity — a medical condition characterized by a heightened sensitivity to chemicals.

In 2013, when my condition stabilized once again, I traveled to study permaculture in Central America and, alas, I was exposed to chemicals two more times. It was only last year (2016) when I devised a holistic protocol that included detoxing with coffee enemas and ozone that my condition improved significantly. My regime also included anti-inflammatory organic foods to address oxidative stress, superfoods, herbs, metabolomics testing, ketogenic dieting, inner mind/body work, and dietary supplements like CBD oil and molecular hydrogen (a tiny antioxidant with a BIG impact).

The presence of large amounts of autoantibodies, or ANAs, can indicate an autoimmune disease. Low titers are in the range of 1:40 to 1:60. Mine were at 640 before I managed to get them down. It’s amazing, but after years of immense connective tissue pain, aches, low energy, insomnia and exhaustion, I feel alive again. It’s not to say I don’t have off days; I need to be careful with the food I put in my body and the environmental toxins I expose myself to. Yet, with that said, I now have surefire tools in my arsenal. And I no longer uphold the damaging belief that my body is attacking itself. We must believe that we can heal!

In 2013, a massive investigative report was released in the Global Burden of Disease Study. This report revealed new information on the propagation of chronic disease. And for the first time we can see that up to 95 percent of the population is sick from a spectrum of chronic conditions, some apparent and some not, but overall progressing for the worst. This is unparalleled in human history and has taken place only in the last 80 years.

It is more crucial now than ever before that we put honesty back into the food supply and become our own best health advocate. Everybody can make a difference. A single bee only produces about a quarter of a teaspoon of honey during her six-week life span. Think of the collaborative effort that is possible the next time you spot a jar of honey. Each drop counts. The first step in effecting change is education. Our bodies and our environment can recover!

Check in with us on HoneyColony.com to learn more. And don’t forget to watch Vanishing of the Bees and learn about CCD. —Maryam Henein