Ahhh, the piña colada. It conjures images of tropical pool parties, sweet indulgences and that awful song (but we won’t talk about that).
It’s also a minefield of caloric disasters, what with the goopy mixes, creams, booze and sugar. Why, I had a college roommate who used to make a blender full of piña coladas with a pint of Häagen-Dazs, just to gild the lily.
The average piña colada is at least 500 calories, and if you have that many calories to sling around then go for it, but if you’d rather spend that currency on, say, a meal, we have an alternate plan — a piña colada spritzer. 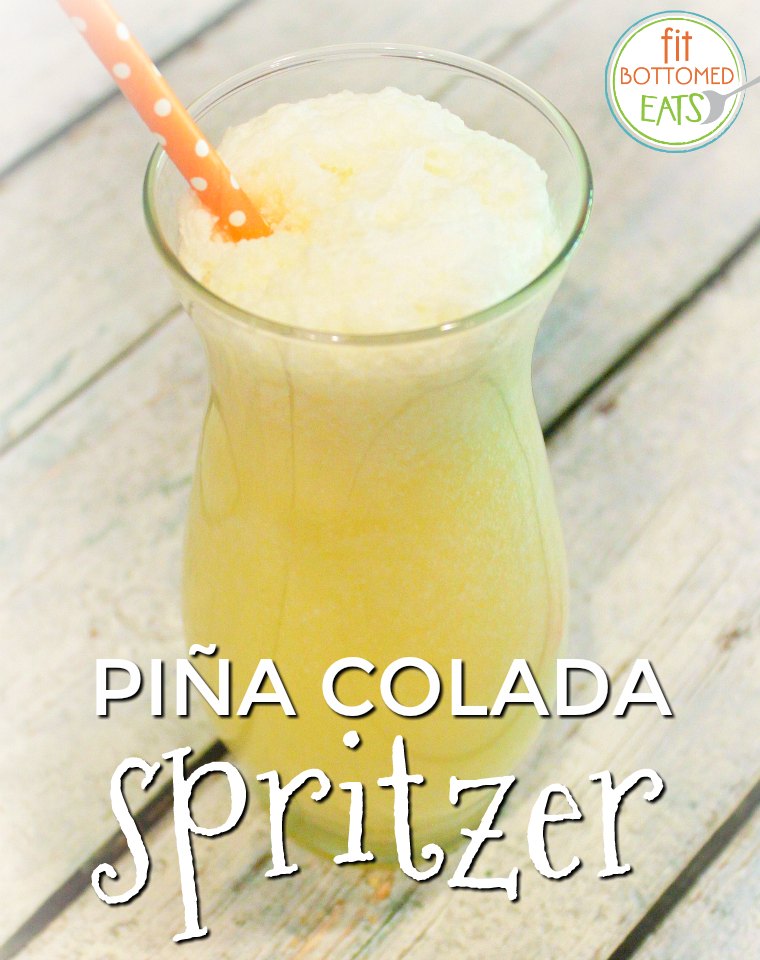 The heart of my lighter drink starts with a piña colada base. I took a can of pineapple chunks and half a cup of unsweetened coconut flakes and blitzed them in my Nutri Ninja until I got the puree as smooth as can be. I used a half cup of that mixture as the base of my drink and refrigerated the rest. And I found all sorts of ways to use the piña colada base:

Okay, so back to the spritzer. I used LaCroix coconut seltzer to kick up the coconut flavor (plain seltzer is fine but coconut is next level!), but I found that the drink could use a teaspoon of agave to make it just perfect.
Because of the pineapple and coconut solids there’s a bit of texture to this spritzer, so if you’re looking for something even lighter, equal parts pineapple juice and coconut seltzer make a super simple spritzer. 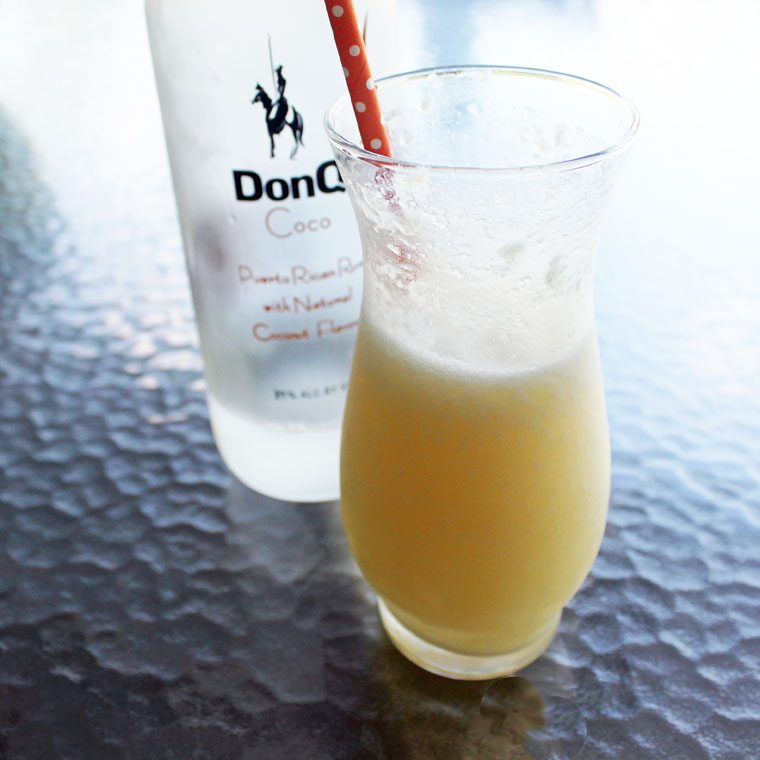 (And after my little photo shoot with my drinkie subject, a shot of coconut rum was extra delightful.)

Save Print
Piña Colada Spritzer
Author: Fit Bottomed Eats
Recipe type: Drinks
Prep time:  5 mins
Total time:  5 mins
Serves: 1 drink
A lighter version of a tropical favorite!
Ingredients
Instructions
Notes
Make it extra tropical with a shot of coconut rum, if that's your style!
3.5.3208
Do you like piña coladas? And getting caught in the rain? (Oh, I am so sorry…) —Gail
New Fitness
New Mamas
New Eats
New Zen
STAY IN THE KNOW
When new stuff happens, you'll be the first to know!