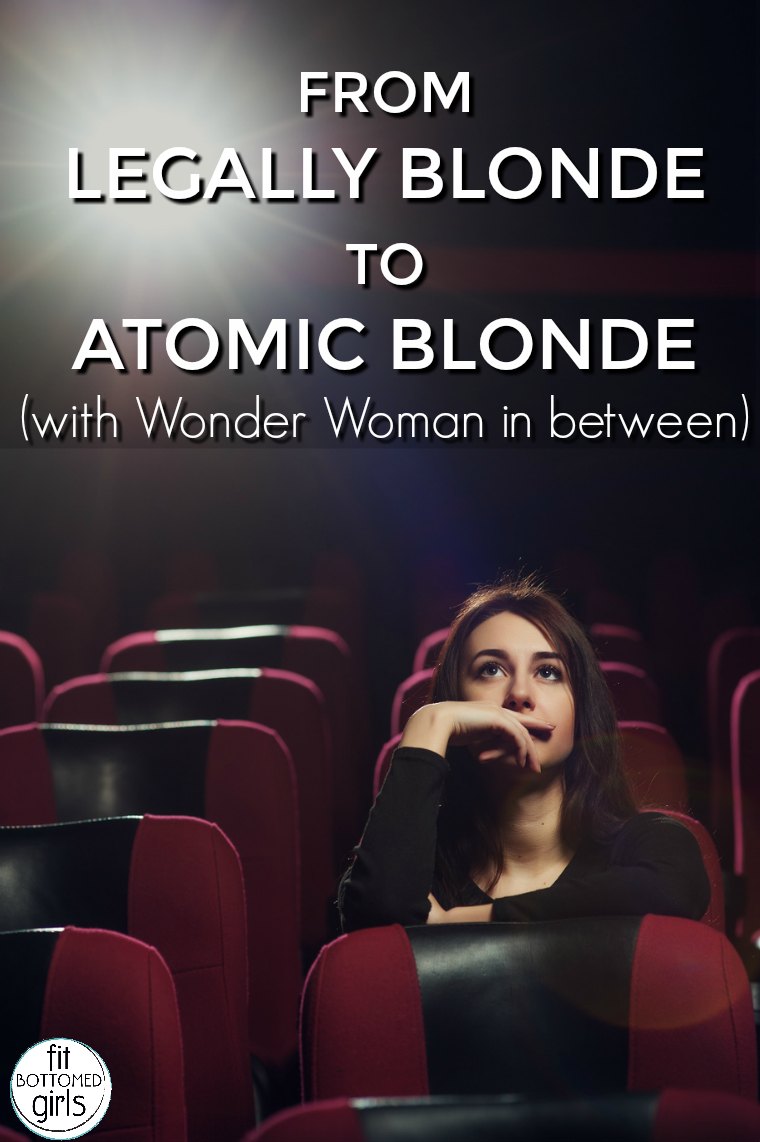 I love old movies. Audrey Hepburn and Carey Grant can easily transport me to another time and place for an entire afternoon, although, truthfully, a pretty significant willing suspension of disbelief is at play, too. I mean, the last time I watched How to Marry a Millionaire, I laughed out loud at so many scenes. Of course they were outdated. The whole premise is outdated and far, far away from my feminist tendencies. But I can still enjoy it because it was filmed in another era entirely — an era that far predates me.

Movies that came out within my lifetime, however? Well, it still takes me a bit by surprised when I watch one and realize … it’s not quite what I thought it was.

I found myself mulling over a few movies after watching Wonder Woman — which I’ve now seen three times with different groups, including my goddaughter, and after each time I’ve felt incredibly motivated to, well, become Wonder Woman. Maybe it’s a little bit silly, but the training scenes on Themyscira — with all those strong, powerful women working together and supporting one another even as they kicked one another’s asses — have choked me up every time.

(Also, can we talk about how freaking killer Robin Wright is? I want to be Antiope when I grow up.)

And Diana as a fearless, independent woman who can take on an army but still leave her heart open to love? Oh, did it speak to me. There can be such power in vulnerability.

The previews for Wonder Woman included a trailer for Atomic Blonde, which I haven’t yet seen (prior to Wonder Woman, I probably hadn’t been to a movie in a year), but which looks just killer. Knowing that Charlize Theron did many of her own fight scenes created for me the same kind of emotion that I felt upon learning that so many of the Amazon warriors were real-life professional and Olympic athletes. It’s like girl power to the next-next-next level.

Having these kinds of movies with strong, capable, intelligent and flat-out badass female leads matters. It matters to women like me, and it matters to younger women, like my tween-age goddaughter, who, after watching Wonder Woman, asked if we thought there might be any gyms in town that would have classes for kids where she could train like the Amazons. (Yes, I teared up again hearing that, as you probably guessed.) Having movies with strong main characters of varying races, sexual preferences, gender identities and more is also incredibly important — representation is crucial. (And it should NOT be so hard — but that’s probably a rant for another day.)

And it wasn’t until I turned on the TV and caught a bit of a movie I’d always really enjoyed that it struck me just how far these box office hits have come.

Legally Blonde was a huge hit, of course. Reese Witherspoon as Elle is memorable, and the way she ultimately realizes that her brain is more important than her body — and that, while her ex-boyfriend Warner was far from being a catch, the character who’d been The Other Woman all along, Vivian, was actually a real gem — well, when I saw it back in 2001, it felt like a real statement. Maybe not entirely bursting with girl power, but certainly not the opposite. Elle was (mostly) kind, smarter than her stereotype would lead one to believe, and, you know, one of the good guys. Girls. Whatever — you get my drift.

Watching it through my newly polished lens of incredible female characters, though, I felt a bit sad. I realize it’s not fair to compare the bad-ass leads of action movies to the cute and perky lead of a comedy, but I saw so many opportunities for Legally Blonde to make a stronger statement. Jokes that were cute in the start of the millennium (like how Elle judges another character for “the icky brown color of her hair,” or the way the pool boy’s sexuality — and Elle’s way of determining it — is such a shock) fell really flat for me.

Then again, that was more than 15 years ago. Maybe not 50 or 60, but enough time has passed for that to be significant.

So, movie lovers, what do we do? As our society and culture shifts and change, do we have to look at every movie that’s more than — what? Five, 10, 15 years old? — through a lens taking into account the time period in which it was released? Have people always had to do this and I’m only now getting up to speed?

I want to continue enjoying movies that I loved when I was younger — but I also want to stay woke. So, those of you with strong social consciousness, let’s hear your words of wisdom when it comes to older (but not old-old!) movies.

And, while we’re at it, who are the characters that have most inspired you, and why? —Kristen