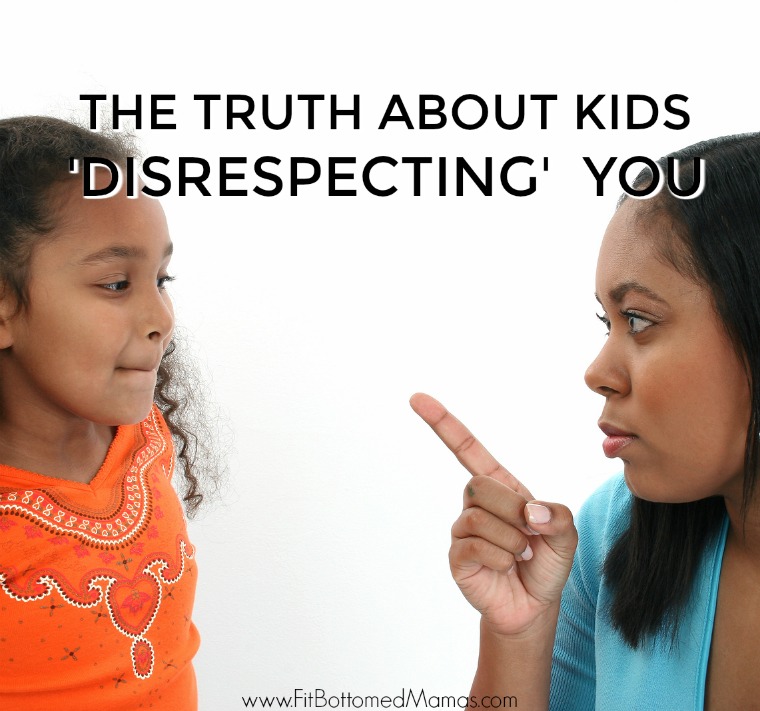 A lot of parents reach out to me about disrespect from their kids. Disrespect is usually interpreted as the parent asking their child to do something and the child refuses. But what if it’s not disrespect? What if it’s actually the parent’s need to be right and “win” the argument over their child?

As kids get older, parents become a lot less patient than when they were babies, and they naturally expect their children will start conforming much more easily to requests. Sometimes our kids aren’t at all capable of that task, and other times they are so absorbed in their activity that they can’t be bothered to do what you ask.

This is when parents start getting really frustrated and feel disrespected. It’s also when parents start associating their own worth with the behavior of their child. If nothing else, this child is a reflection of you and if they’re disrespecting you and others, what kind of parent does that make you?

After all, a parent is the authority figure. The parent “should” be in charge. Kids are small and/or young and they need to learn how to be respectful. And when they aren’t, parents start going into a tailspin of reacting to their child rather than responding to their child’s needs. The parent needs to “win.”

When I think about my husbands who “helps” in the kitchen by piling up all the dirty dishes because he can’t be bothered to unload the dishwasher, I realize he’s not trying to set me up for failure. He just feels it’s more important to go catch up on “Game of Thrones.” This has nothing to do with me and everything to do with my husband. I get frustrated with him but I don’t start yelling at him because he’s disrespecting me. (Okay, maybe when I’m really stressed out I get a little mad … but I still know it’s not disrespect.)

This works the same way with our children — except when they ignore us, we take it personally. Especially when it’s something they’ve been asked to do 18 times and they know this is a part of their routine. But as they enter into new stages of development every three to six months (depending on age), it’s pretty unreasonable for us to assume they are going to be able to remember, much less conform to, all the things we teach them.

It’s not disrespect so much as your kids are bringing up feelings in you that you don’t want to face, like “I’m not a good mom.” Or “I’m a failure.”

I had a mom reach out to me recently who, in her words, was ready to kill her daughter over nap time. She was spending at least 2 hours per day trying to keep her daughter in her room for her nap, and demanding that her daughter sleep. She needed to show her daughter who was in charge. When I asked her if it would be okay if she just let her daughter sit in her bed but not sleep, she was afraid that would mean her daughter would win and would never nap again.

This mom very reluctantly told me she would be willing to give it a try. She wanted so badly to “win” and control her daughter, who is at an age where naps could be dropped, so this was a hard thing for her to do. Not only did her daughter play quietly in her bed with a toy from the very first day, a few days later she actually started napping again. The power struggle completely went away. And because this mom was getting a much-needed break each day, she was much more patient with her daughter and stopped getting frustrated when she didn’t nap. When I asked if she felt like she let her daughter win, she said no.

What she was able to do was separate her daughter’s behavior from her worth. And when she did that, she got more of the behavior she wanted from her daughter.

When you move past the feelings of not being a good mom, or needing to win, and instead focus on what your kid is trying to show you (like they might not need a nap anymore) – you’ll be able to get through to them much more easily. Or at least realize your kid not picking up the toys is similar to your husband not putting the toilet seat down.

What will you do to separate your worth from your kid’s behavior? —Cati