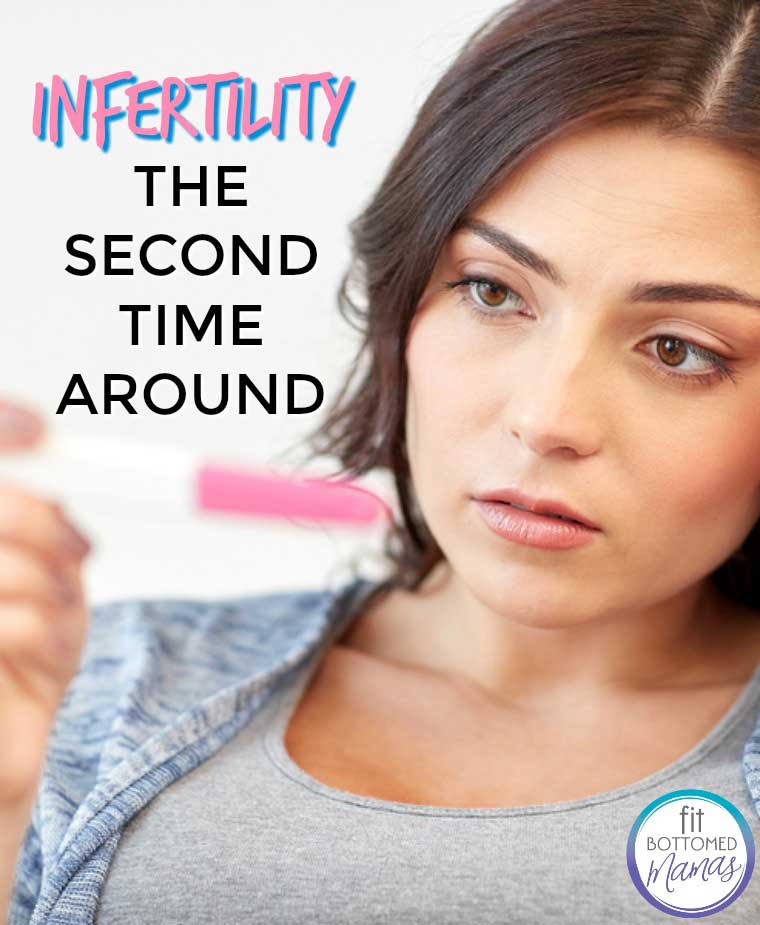 And the second time you’re going through fertility issues after having a child … it still sucks. Not in the same gut-wrenching ways you experienced the first time because you’re seasoned (and have a child to be VERY grateful for), but it hurts in a different way. In a way that you would wish would just go away — you’d magically get pregnant like so many of those last-chance miracles you read about … or you’d simply just settle down and be happy with one child.

That’s how it is for me at least.

It would be SO much easier for me to just give up the idea of a second child.

And I’ve tried. Have I tried.

Although I swore to myself that this time it would be different … that I’d stay positive … that I’d learn from my journey — I’m finding that that’s easier said than done (and especially easier said a year and a half ago). It’s really, really hard, guys.

It’s difficult in many of the same ways — and in many different ways than last time. I don’t want to go to endless appointments (both for monetary and time reasons — and also for my personal well-being) for treatments. This time around, I have clarity on that.

And while many of the emotions are similar (grief, loneliness, anger) to what I felt last time, they’re processed differently. The months fly by and sometimes you barely notice your period as anything more than an annoyance and a pesky yearning in the back of your mind. There’s so much to do. So many other things to focus on.

It’ll happen. Next month, you tell yourself.

And, then it doesn’t. And then, a year later, you realize that the yearning is getting louder and louder. And the only time you can really sit to process is at nap time or after 8 p.m.

Then the doubts come in.

Next, the guilt settles in. The guilt of your first not being enough for you. The image of your former self going through fertility treatments and wanting to punch your current self for complaining. The heaviness of feeling like you’re not grateful enough for what you do have — for what you struggled so hard to get.

And yet the desire just won’t go away.

So, I hope and I wait for something to change. Either I’ll feel the urge to do treatments. Or I’ll miraculously get pregnant naturally. Or I’ll find peace with my family of three. Until then, I wait. (And hope to goodness that sharing my story helps someone else.)

Anyone else going through fertility issues a second time? Would love to hear your experience … —Jenn