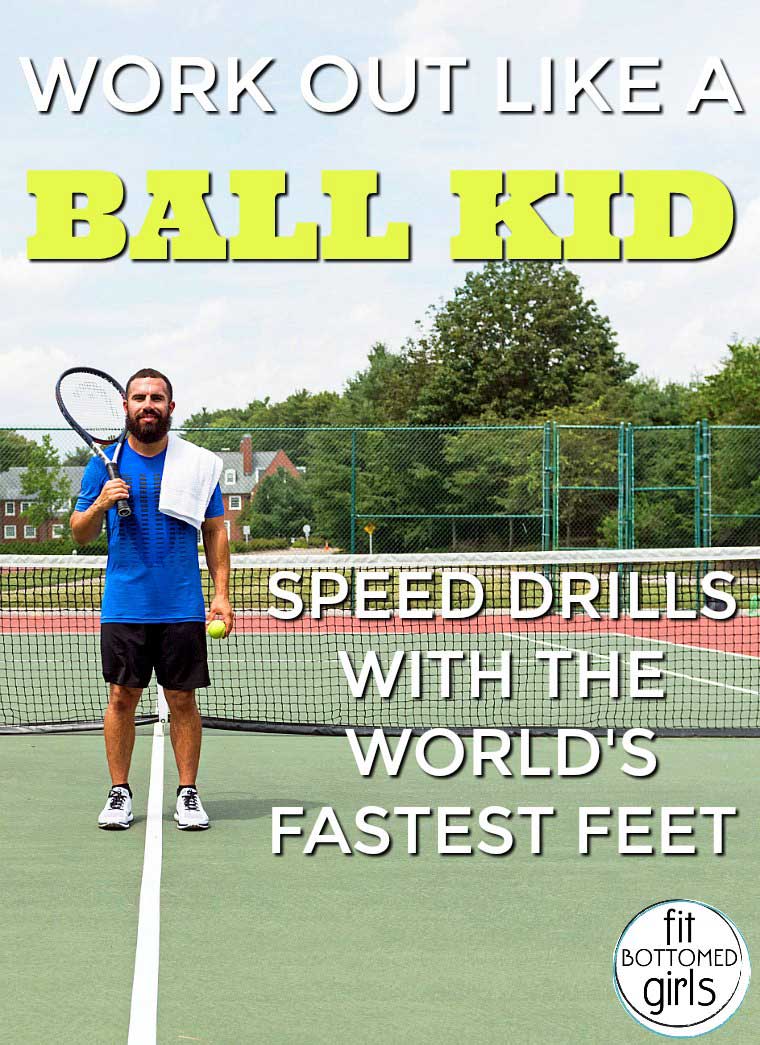 If you’ve ever been to a pro tennis match or watched a tourney on TV, you’ve probably in awe of not just the athletes — but also the ballpeople. I mean, they are SO fast and SO agile. They’re basically tennis ninjas.

And really, they don’t get the kind of respect and attention they deserve, ya know?

Well, we’re doing our part to right that wrong today by not only giving them a virtual high-five, but also by sharing this speed and agility workout from Luis Badillo Jr. — AKA the man with the fastest feet in the world — and courtesy of Reebok. He developed these five drills to help ballpeople practice their speed and agility and learn the most crucial skills for hard courts, but it’ll also help any non tennis ninjas improve their overall quickness.

Speed Drill 1: Getting Off the Line Quickly

Set up a standard agility ladder and run through it with high knees, focusing on pulling your knees to your chest.

“Exaggerated movements like high knees help you practice technique so you’re ready for the real situation when it comes,” says Badillo. “In this case, it teaches you to stay light on your toes while moving fast, which is crucial to developing speed starting from a crouched position.”

Speed Drill 2: Picking Strays Up on the Fly

Set up two cones about eight feet apart. Run by them, staying low enough to tap the top of the cones with your hand as you pass them.

“Staying low is important so you can pick up balls without breaking your stride,” says Badillo. “Don’t waste time running upright and then having to bend down to pick up the balls.”

Speed Drill 3: Sprinting Across the Court

Set up hurdles a few feet apart across the length of the court and sprint over them as fast as you can.

“The hurdle is for explosiveness, or how fast you can get your feet off the ground,” he says. “This drill teaches you to achieve maximum speed over a short distance.”

Speed Drill 4: Stopping on a Dime

Set up two cones about four feet apart. Run two ovals around them then continue your run across the length of the court.

“Ballpeople have to be comfortable changing direction quickly,” says Badillo. “Lean forward and keep your center of gravity low so you can take sharp turns without falling down.”

Speed Drill 5: Picking Up Multiple Balls at Once

Set up a ladder and place two tennis balls on either side, evenly spaced apart. Run through the ladder with two feet in each box and then two feet out, picking up the balls as you pass them.

And now we’re dying to know, besides the ballpeople, who else are you rooting for at the U.S. Open this year? I’m a proud Fed Head. —Jenn