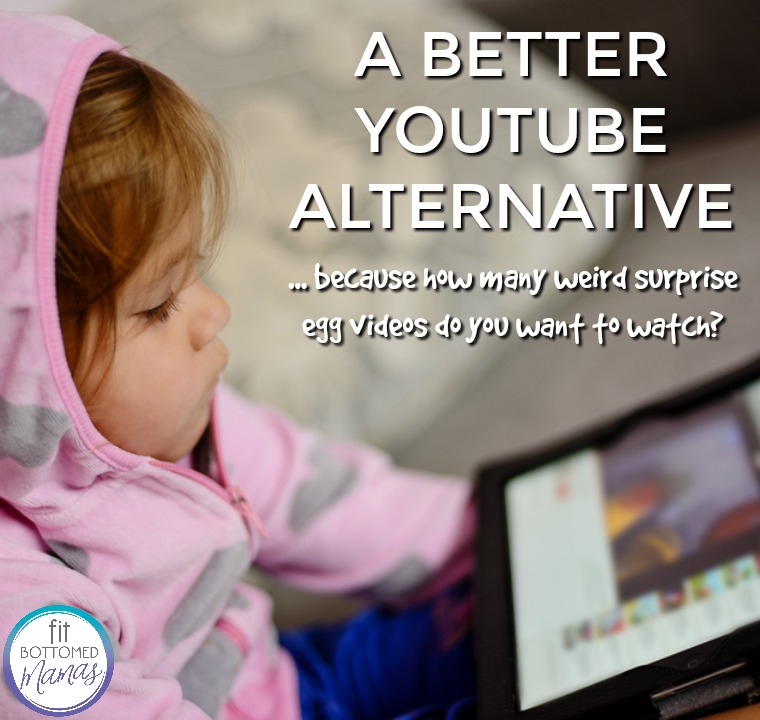 It started innocently enough with Little Baby Bum videos on YouTube. A few clicks later though and my 2.5-year-old had stumbled into a bizarre world of slime-filled plastic eggs, magic microwaves and numerous renditions of “Mommy Finger.”

And she was obsessed, devouring video after video, down this rabbit hole of — frankly, creepy — “surprise egg” videos. Until I — convinced that I was giving her some sort of mental disorder from the weirdness she was watching— took my phone away, and she cried like I’d just told her she could never brush her teeth for all eternity. (Which really would be the worst because, y’all, she really likes brushing her teeth.)

After a few conversations with my mom friends, I learned my daughter is not alone in this obsession. It’s a thing. And while the jury is still out on whether or not screen time of this slimy variety is particularly bad (or good — who knows?) for kids, I have a better channel to let your child rabbit-hole down if you do allow screen time in your house.

Started by Morgan Hadley, an assistant speech language pathologist in rural Texas, the whole channel is just her. Reading books. In a really fun way.

Morgan originally started her channel to reach more children who weren’t being read to regularly at home — which is something she’s still working on — but she also realized that it was great for parents who do read to their kids, too, as it’s a way for kids to get better quality screen time.

There are a lot of other good read-aloud channels on YouTube, but Morgan’s channel makes it more like library story time and less like a TV show —- and it definitely doesn’t involve toys going into a microwave and slime oozing out with a miniature Chase stuck inside. She reads all kinds of books, too — classics, new ones, toddler-friendly ones. Seriously, it’s great. And entertaining enough that kids will actually watch it.

Here’s one of our current faves (girl with red hair … all about pets … so perfect):

What YouTube channels do you let your kids watch? Or is YouTube a no-go for your fam? For those who do allow YouTube, I highly recommend the YouTube Kids app. I mean, you’ve still got surprise egg videos on there, but you won’t find Peppa doing anything R-rated. (Which is apparently a thing. What is wrong with people?!) —Jenn