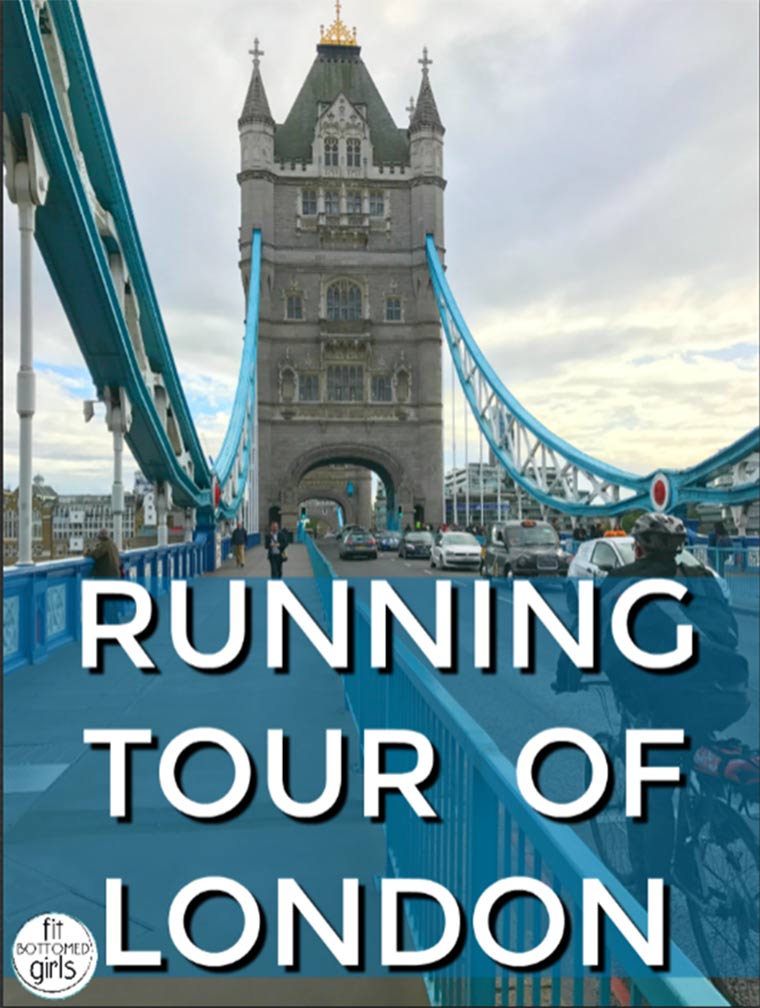 I truly believe the best way to get a good feel for a city is by exploring it on foot. I didn’t fall in love with New York until I had an opportunity to stroll the streets from the Lower East Side up to Central Park — but from that day forward, I totally got it.

My husband and I recently visited London for the first time, and it didn’t take nearly so long for that city to claim my heart — but maybe that’s because, from the moment we stepped off the train from Heathrow, we spent a lot of time walking around, sometimes getting a bit lost and constantly finding cool new corners of the city to explore.

But, you guys know me — I wasn’t entirely content to just walk. The second I laid eyes on Kensington Gardens and Hyde Park, I knew I had to run those paths. Our time was a bit limited, but on our last full day, I set an early alarm, laced up my sneaks, and headed out to get in a few miles. 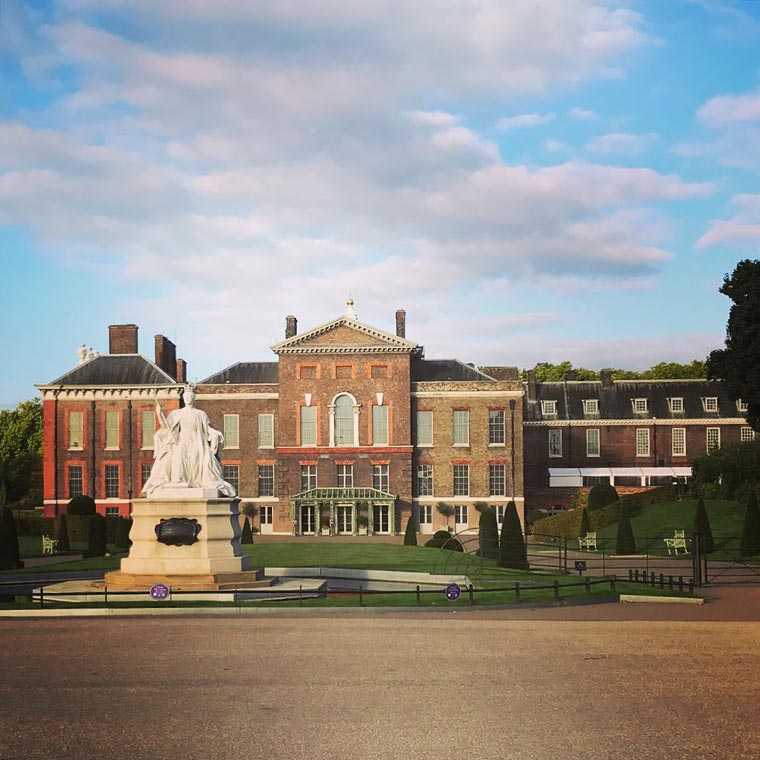 Running as a tourist is much different than running in your own city. For one, obviously, you are less familiar with the area, so I had a map pulled up on my phone and kept it handy so I could make sure I didn’t get too lost on the way. (And good thing I did. London is amazing, but it’s not exactly laid out like an easy-to-follow grid.) The going was extra slow for me because, not only did I have to navigate loads of crosswalks, but — well, they drive on the other side of the road there, you know, and if you’re thinking that’s only wiggy to someone behind the wheel, let me assure you that it’s also something you need to be mindful of as a pedestrian. There’s a reason most of the busy crosswalks have “Look Left” or “Look Right” written in big letters on the street! So, every time I crossed a street, I stopped for longer than was strictly necessary to make sure I wasn’t darting out in front of a double decker.

But those aren’t the biggest differences. For me, at least, the biggest one is the fact that I tend to stop every half mile or so to look at things. Buildings, flowers, people, pubs that I definitely want to stop in later … I didn’t know when I’d be going back, so the whole time I ran, I was looking, watching, taking it all in, and stopping to really soak it up when needed. 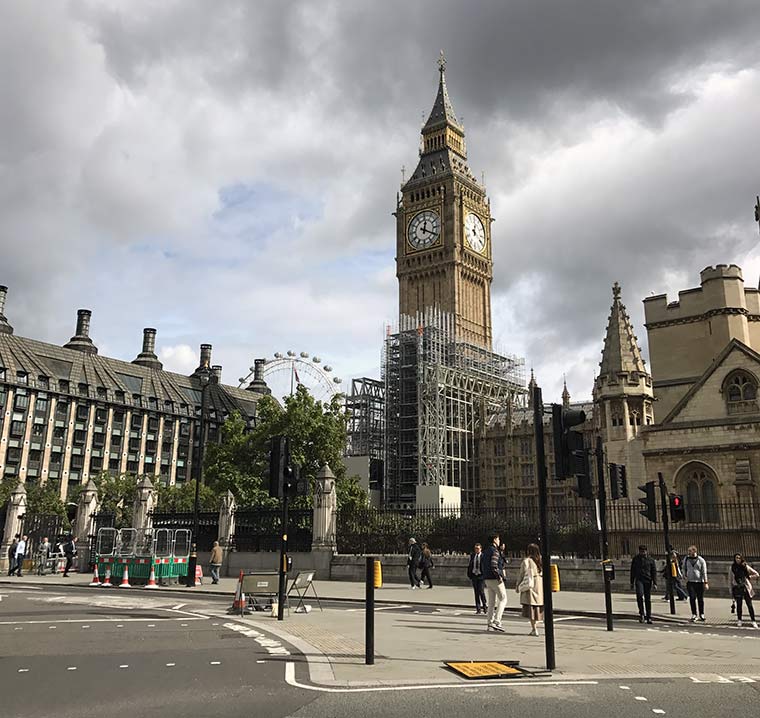 Big Ben and the London Eye. (Not seen on this specific run, but I walked by both numerous times.) If you look closely, you can see the “Look to Your Left/Right” notes on the street.

What’s quite cool about this is that, all in all I ended up logging about five miles — which is considerably more than I’d really planned to do. It wasn’t speedy, and the only time my heart rate really shot up was when my wifi connected in front of Kensington Palace (thank you, FREEPALACEWIFI) and I received a notification that my flight home had been canceled (but I made it home eventually — don’t worry), but my legs got a killer workout, and I experienced a bit of zen at the same time.

With all that in mind, I thought I’d share a few tips for having a super successful, totally touristy run the next time you find yourself in a new city. 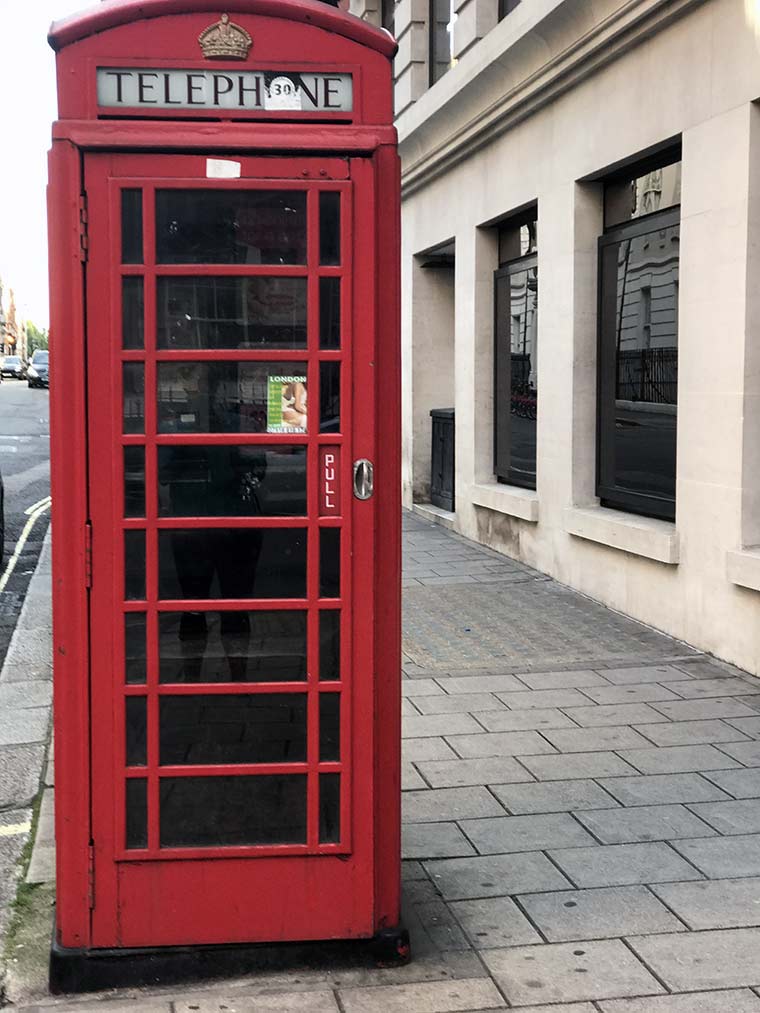 If you can get past the flyers for escort services pasted all over every single one of these in the city, they’re awfully picturesque!

Tips for a Sightseeing Run

Safety first. If you’re traveling with someone, either have them join you or tell them where you’re going — and approximately when you expect to be back.

Know where you’re headed … at least somewhat. I LOVE getting myself lost on a run … but only to a certain point. Be aware of areas you might want to avoid, and have at least a loose idea of the direction you want to go. If you’re not sure and are staying at a hotel, ask the concierge. Some might even have pre-planned running routes available for you. If you’re capable of logging some miles, you can often see a lot of sights within a city while you get in your run!

And know how to get back. Sounds obvious, but make certain you know the name or address of where you’re staying. It’s one thing to come back via the same route you took when you left, but it can throw you off if you come home a different way!

Don’t go empty handed. If you don’t know the area, take a map or your phone (make sure you have a map available to use offline if you don’t have data available; there are loads of map apps with that functionality, often for free or pretty darn cheap).

Have a backup plan. In addition to my phone, I had a credit card, my ID (but not my passport) and my public transportation card (pro tip — if you’re visiting London, get a Visitor’s Oyster card. You are welcome) so that if I got way off track or hurt or the weather turned, I’d be able to pop into a cafe, at the very least, or find an alternate way home if needed.

Be aware. I know that, as my heart rate soars, often my cognitive faculties … don’t. Even if you’re sticking to safe areas, it’s a good idea to keep an eye out so you don’t get pick-pocketed, followed, or worse.

Don’t miss a thing. This isn’t a hardcore training run. This is a sightseeing jogging tour that you can take at your own pace, so make it what you want it to be. You can sprint from one spot to the next or take everything in at a slower speed. Just be sure you take the opportunity to really see it all, because hey, that’s why you’re there!

In hindsight, I kind of wish we’d spent part of the previous day running the city at a leisurely pace together. We walked the bulk of the day anyway, and you can get in more running miles than you’d think when you’re stopping to gawk as often as we did. Oh well — next time! (And there will be a next time — I can’t wait to go back!)

Have you ever taken a running tour? Where, and what did you see? Got any tips you’d add to this? —Kristen