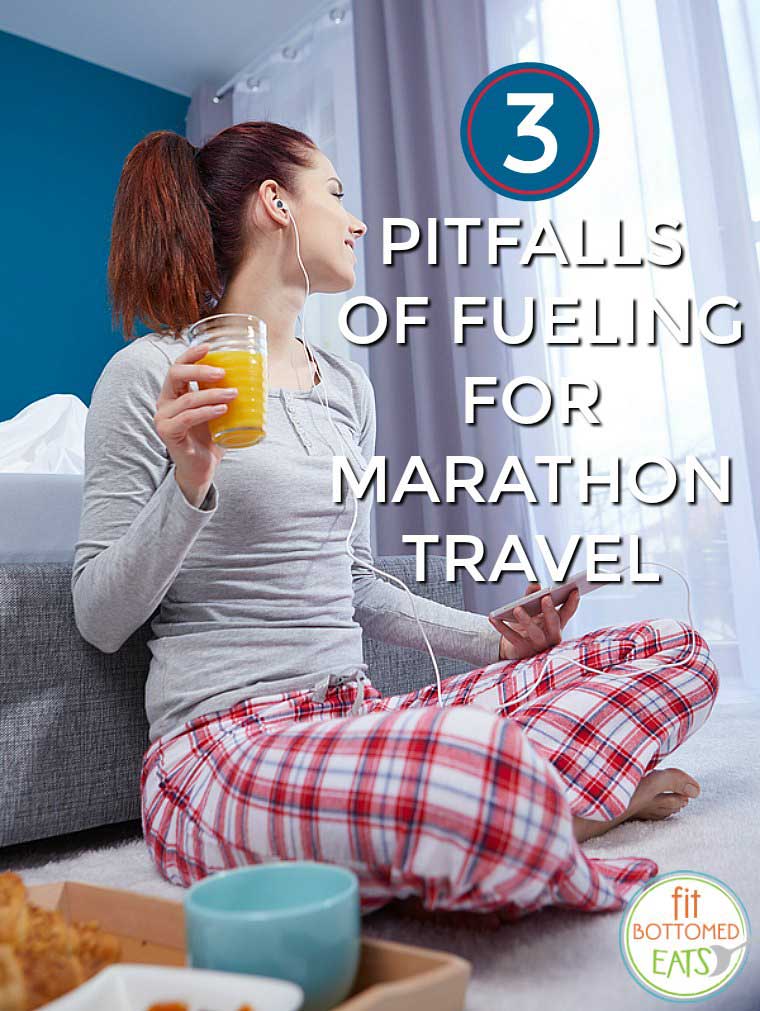 It’s no secret that marathon training requires on-point nutrition. And at no time is it more important than in the days leading up to race day. When you travel to run a marathon out-of-town — like I did recently — things get even trickier.
Marathoners tend to be a pretty superstitious crew, and marathon week often involves a series of rituals when it comes to nutrition. And it’s for good reason! Nutritional missteps won’t just hurt your performance; they could lead to serious digestive issues at the worst possible time — mid-marathon.
So, as you can imagine, traveling to a marathon is significantly more stressful than running one locally. For months you’ve trained for this day — and as if the stakes weren’t already high enough during race week — add in a flight or two, a long car ride, an unfamiliar room in an unfamiliar town, and restaurants you’ve never been to before and it becomes super easy to let yourself get really off-track.
Here are the three big nutritional land mines I’ve encountered while traveling for a marathon.

What pitfalls have you encountered while traveling for a race? How did you deal with them? —Alison