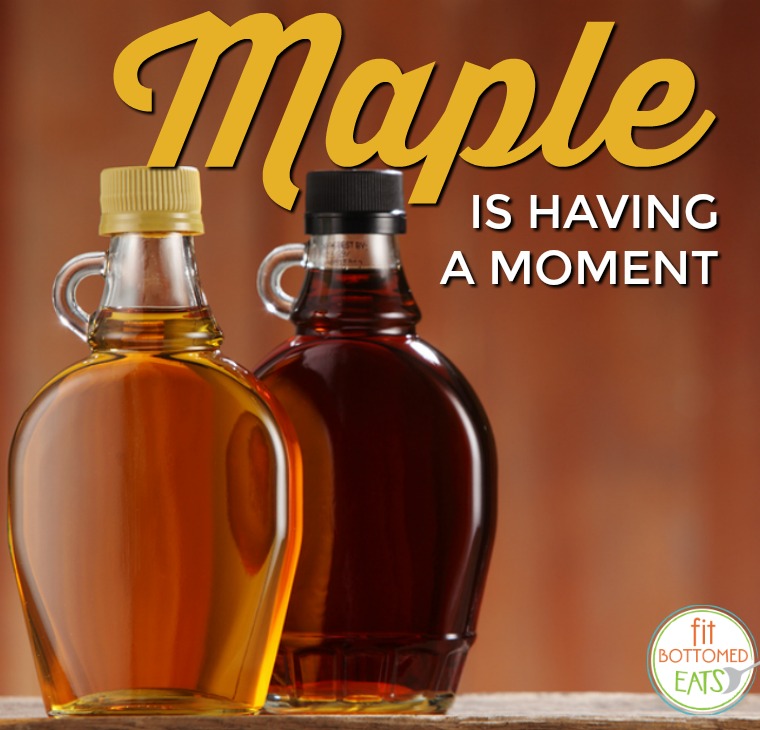 A Baltimore high school was recently evacuated for a suspected hazmat situation after teachers and students became ill. After a search of the school, the culprit was found.
It was a pumpkin spice air freshener.
And with that, pumpkin spice jumped the shark. (Or maybe it was the pumpkin spice hummus?)
But it’s fall and we’re looking for warm, cozy flavors to replace all that summer citrus tang. Don’t worry chunky sweater fans — maple is your new bae.
It’s not as complex a flavor as the cinnamon-nutmeg-ginger-pumpkin combo, but maple is a welcome change and perhaps a bit more versatile (how about some Maple Pea Soup, Maple Mustard Carrots or Maple Pecan Crusted Goat Cheese?).
MarketWatch reports that while the number of pumpkin spice food products has risen nearly 50 percent, the demand has only grown a little more than 20 percent, so Americans are perhaps cooling to the trend. Conversely, a food service analyst tells MarketWatch that “maple is surging.”
It was a trip to Vermont that had me hooked on real maple syrup. (FYI, that gooey stuff in the plastic bottles at the grocery store is most definitely NOT maple syrup.) Ever since I tucked a couple cans of the real deal into my luggage, a bottle of maple syrup has been a staple in my fridge.
I can’t really say that maple syrup is a health food because it’s basically sugar, but it does contain a few more minerals than table sugar, and its dark amber color and flavor may have you using less than other sweeteners. It’s also a little lower on the glycemic index.
We have some maple-flavored favorites, but I wanted to know if I was missing a hidden gem so I did a quick Internet search and found a surprising product: maple-flavored cat hairball remedy gel. Why maple? Do cats wanna get all cozy and autumnal when they hack up a hairball?
Okay! So onto the maple-flavored human products. 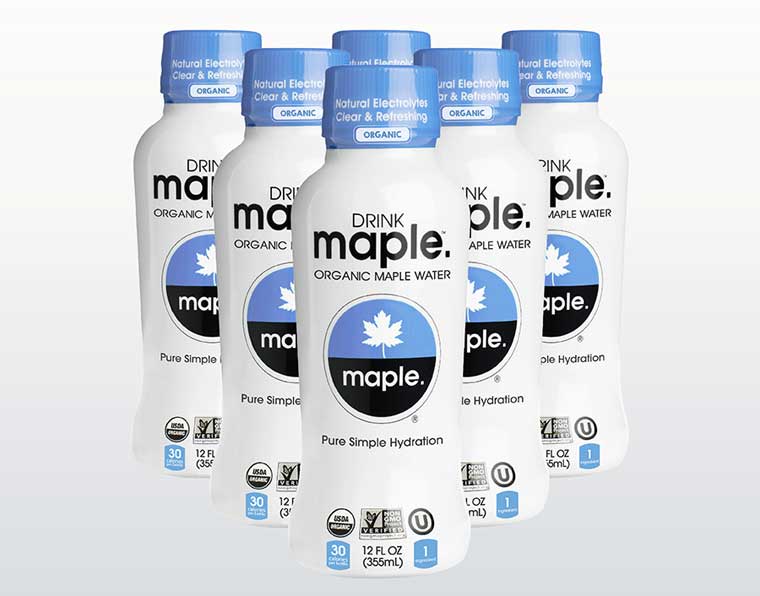 DrinkMaple water: Every spring, the maple trees are tapped, and the liquid that flows from those trunks is boiled down to make syrup. DrinkMaple has bottled that into a slightly sweet and maple-scented beverage that only has 30 calories per 12-ounce serving and half the sugar of coconut water. 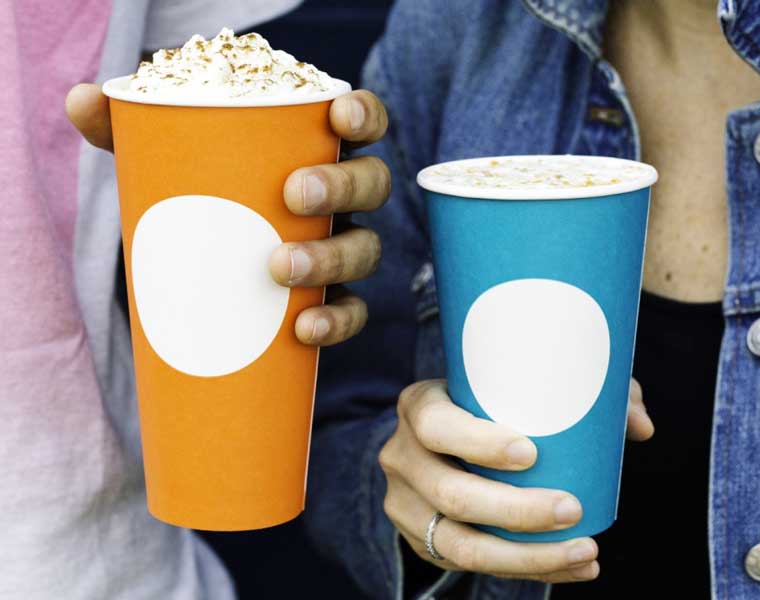 Starbucks Maple Pecan Latte: This party in a fancy cup is the newest fall flavor at Starbucks. The drink features the flavors of maple syrup, pecan and brown butter topped with a maple-flavored sprinkles. If you want to spare yourself the calorie shock of 340 calories for a grande, sub in almond milk and you’ll take it down to 260 calories. You can also request they use half the pumps to reduce the sweetness and the sugar content. 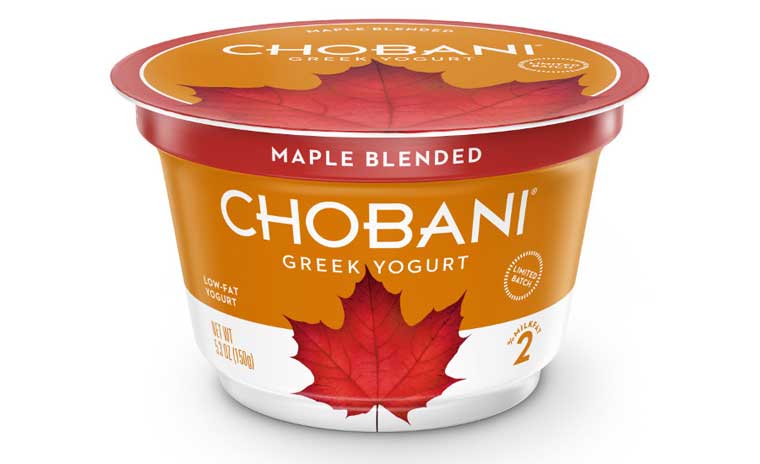 Chobani maple Greek yogurt: The yogurt giant has been rolling out this limited-edition flavor every fall for a couple years now, and the low-fat blended yogurt gives you 140 calories and 12 grams of protein per container. Stir some chopped pecans or granola into it for a quick breakfast. (They also have a Pumpkin Spice flavor if you still want to ride the wave.)

Kind bars Maple Glazed Pecan and Sea Salt: The combination of maple and pecans is legendary, and Kind gilds the lily with a tiny dash of sea salt for a salty-sweet-crunchy combo. And lest you think this is a glorified candy bar, you’ll only get 5 grams of sugar per bar, plus you’ll get 5 grams of protein and 5 grams of fiber. 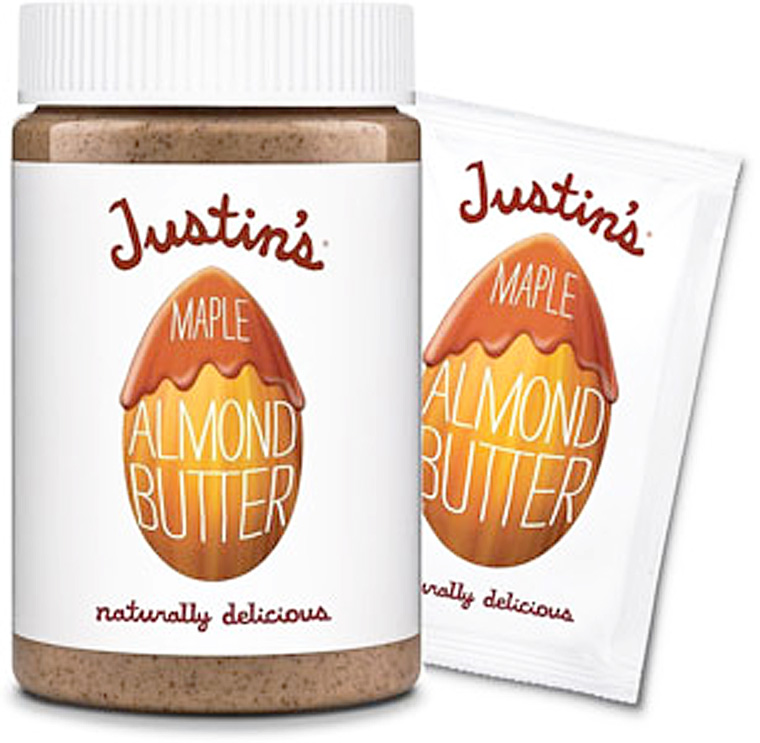 Justin’s Maple Almond Butter: This spread is apparently founder Justin Gold’s favorite flavor in his nutty empire. It comes by the jar and in single-serving squeeze packs, and the maple flavor blends beautifully with almonds. 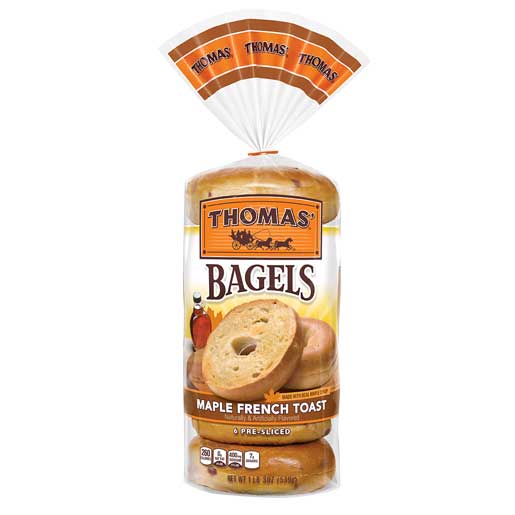 Thomas’ Maple French Toast Bagels: These bagels are a limited edition flavor for fall and there’s actual maple syrup baked into them. Plus, you get 9 grams of protein in each bagel so they’re not empty carbs. Toasting them makes your kitchen smell heavenly and they’re especially good with a dollop of cream cheese or maybe some of that maple almond butter.
What’s your favorite way to use maple syrup? I like to mix equal parts maple syrup and dijon mustard for a fantastic glaze for salmon. —Gail