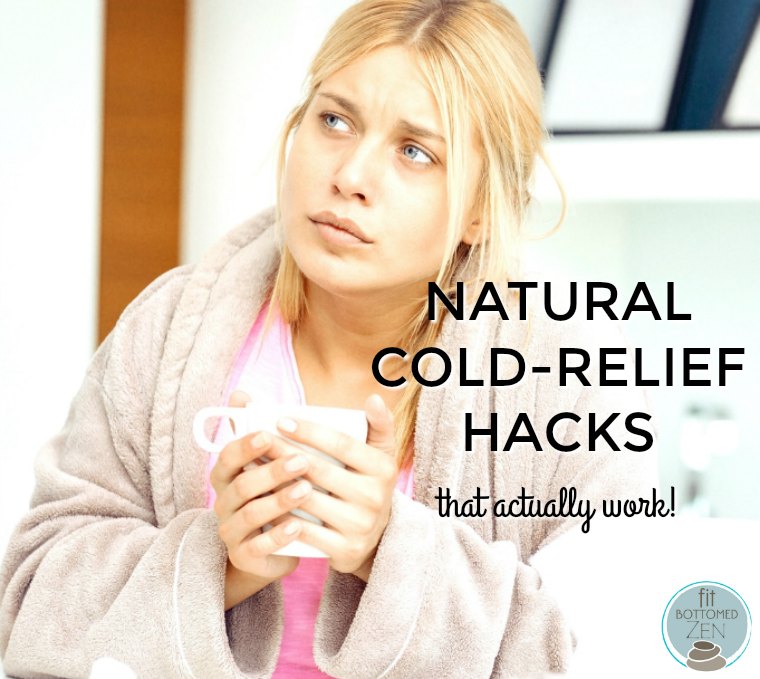 I was unlucky enough to come in contact with my first cold germs of the season immediately after completing the Chicago Marathon this year. You know, right when my immune system was already completely overwhelmed and totally unprepared … sigh.

Colds typically don’t last long for me. Usually by the time I start to get really annoyed, the cold is on its way out so I haven’t really paid much attention to how I could treat or shorten the duration of colds. But this time — oh, boy. It was four full days of a whole lotta nothin’ before I started to feel up to peeling myself off the couch. This one was so nasty that I ended up in urgent care to get tested for strep and flu because it was feeling less like the common cold and more like the plague. I was desperate for relief.

So this time around, I took time to consider how I might deal with what felt like a never-ending cold. If my husband had his way, I would be downing cold meds. No surprise there, it’s his M.O. — drug it and power through. And while I believe that medicine certainly has its place, I tend to (at least initially) fall more on the “drug-free” relief side of things and reserve the meds for when my body really needs the extra help.

Needless to say, I tried some stuff out. Here’s what I found that worked.

6 Natural Ways to Cope With a Cold

1. Steam it up. I really wanted to not get off the couch, and showering was this whole elaborate process that just took it out of me. I was tempted to skip the shower in favor of staying horizontal. But the steam in the shower worked wonders for clearing out my nose, and my throat felt like a thousand times better. For more punch to knock out congestion, add a few drops of peppermint or eucalyptus essential oil to the steam to really open up your breathing.

2. Rest. It may not be the sexiest (or the fastest) solution, but man does it help. Your poor body is under siege and it’s fighting hard for you. And as much as you don’t want to take a sick day (trust me, as a self-employed individual, I totally hear ya on this point), you can take a day off now to rest or keep trying to push through and drag the illness out longer. Seriously, rest.

3. Gargle some salt water. I thought this was a bunch of hooey but studies suggest that there’s actually something to it. Gargling a little salt water helps to loosen the mucous that builds up in the back of your throat, reduce inflammation, flush out bacteria and other irritants. I used about a half teaspoon of salt in a cup of water a few times each day to get the job done.

4. Hydrate like it’s your job. “The solution for pollution is dilution.” As amusing as it is, I can’t take credit for this little gem, but when my doctor said this to me it totally stuck. Generally, hydration is a good practice, and when you’re sick it’s even more critical. Proper hydration ensures that your body is able to give its all to take this bug out sooner rather than later.

5. Warm it up. And when you get tired of pumping plain old water into you, grab some warm liquids. Herbal tea is a god-send when your throat is sore. If you have it, throw in a bit of honey for extra throat-soothing benefits. Not a fan of tea? Sip some bone broth or chicken soup.

6. Blow your damn nose. Look, I know it’s icky and your poor little nose is raw, but seriously, blow your nose and do so gently. Initial congestion aside, when stuff starts moving and is ready to go, you gotta get that stuff out. Not only will this keep the excess mucous from running down your face, it’ll also help keep it from running down and collecting in the back of your throat, a big cause of that annoying tickle in your throat that you just can’t cough enough to clear (aka postnasal drip).

How do you deal with the cold? Share your favorite relief tactics with us. —Alison