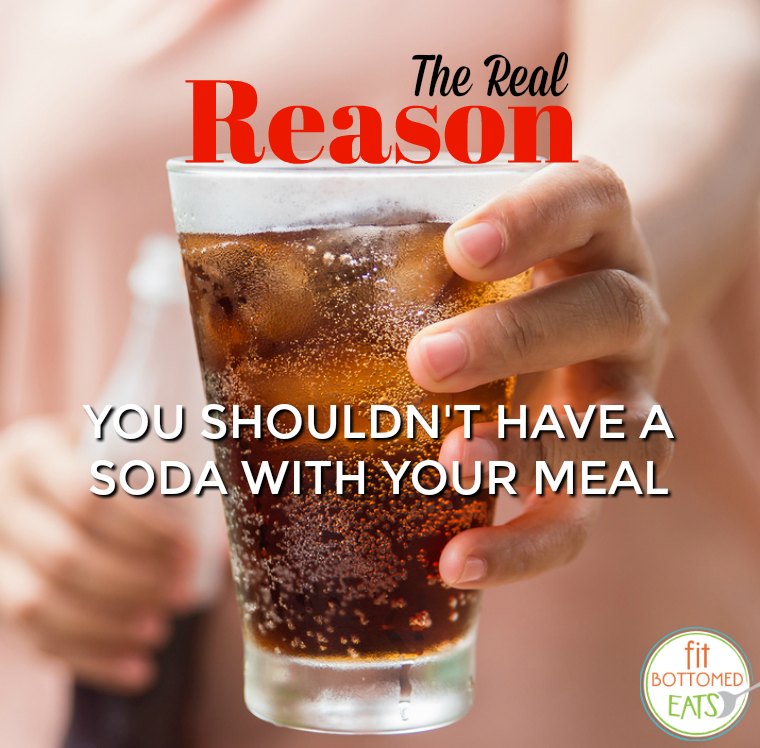 Need more motivation to drink water? (Some days we all do.) Soda has long been considered a source of “empty calories,” but a recent study found that your sugary drink could impact your health — and your cravings — even after you’ve taken the last sip.
According to a study published earlier in 2017 in the journal BMC Nutrition, what you drink at a meal can make you crave salty food for hours afterward — and cause you to store more fat! Um, have fast-food restaurants known this all along? This makes those extra-value meals and free refills seem a little less like a good deal!
Subjects (all healthy-weight adults) ate two sets of meals on two separate visits, each after an overnight fast. The first time, they ate breakfast and lunch composed of 15 percent protein; the other day, they ate a breakfast and lunch with double the protein and fewer carbs. All the meals contained the same amount of dietary fat and total calories, and each person consumed a sugary beverage with one meal but not the other.
As expected, eating more protein helped participants increase satiety (aka fullness). They reported feeling less hungry after those meals, and they had less of an urge to eat savory, fatty, and salty foods, too. That’s no surprise, since protein helps keep you feeling fuller for longer.
The news is that simply consuming a sugary beverage — regardless of what the meal contained in terms of macronutrients — reduced energy efficiency and fat oxidation. A whopping one-third of the “empty” calories from the drink weren’t burned off!
Trying to cut down on soda, juice, and other sugary drinks (which, by the way, don’t offer the sense of satiety that comes from solid food)? Don’t swap in diet sodas, which are linked to a whole host of health risks (especially stroke, heart attack, Type 2 diabetes, and obesity).
Instead, aim to drink half your body weight in ounces of water daily. Sparkling water is fine for some of that, as is herbal tea.
Does this change your approach to what you sip on at supper? —Stepfanie