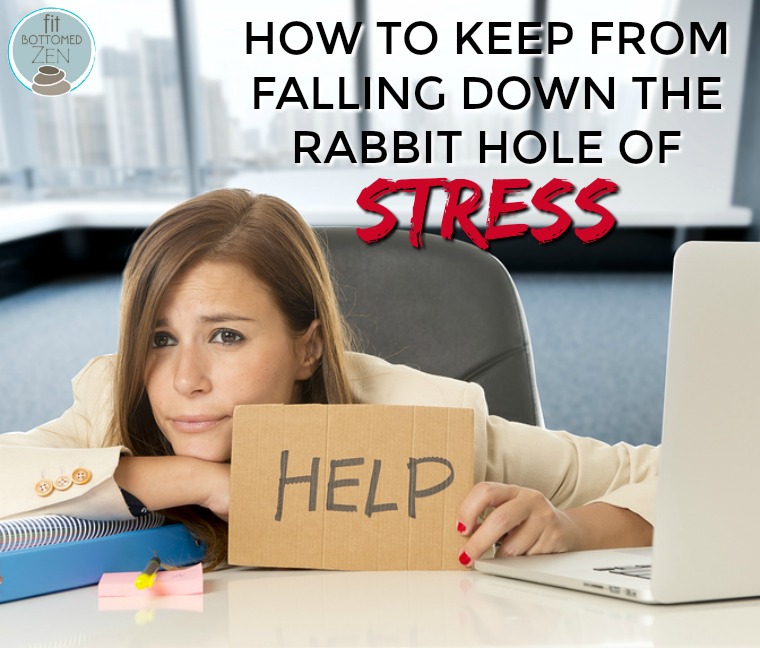 Do you ever have those situations where you know things aren’t going well, but your high-stress reaction makes matters 10 times worse? So, in a sense, you’re causing your own misery?

This happened to me recently. It involved a High Sierra update and a shortage of time. Despite the fact I knew I had to be somewhere, and wasn’t prepared to deal with a tech debacle, I clicked “update now” on my Mac.

I didn’t know that updating to High Sierra is a major process that could take hours, particularly on an ancient machine like mine. So as I watched the progress bar on the screen make no progress, I decided to abort the mission. I hastily forced a shutdown, and prayed that the entire contents of my computer would stay alive.

When I hit restart later on, I was greeted not by the usual welcome Apple, but instead by a mashed up message of code that made no sense to my technologically illiterate brain. The pit in my stomach started to form as the reality of what my hasty shutdown had done.

After several hours on the phone with tech support, my issue was resolved. I didn’t lose the contents on my computer. I did, however, lose several hours of my day while suffering through a hideous amount of stress.

In hindsight, because it’s always more obvious when looking back, I see clearly that I created that whole mess.

I was already agitated when I clicked “update now.” The reason I had even come to that update was because I was poking around the tech forums trying to troubleshoot issues with my phone.

One suggestion led to another, and somehow I was guided to update my desktop computer (which doesn’t make much sense since I was searching for a fix for my phone). So from the aggravated place that I sat, I allowed my frantic nerves to lead me into an update that I never intended. I wasn’t thinking clearly. I wasn’t thinking at all! I was only reacting. As my stress level raised, the situation got worse. I was digging my own hole to sink deeper into.

I sat at my computer watching the progress bar make no progress, which caused me to freak out about the time. As mentioned, I had somewhere to be. My kids were soon getting out of school, and I needed to pick them up.

So I got more stressed. I could feel the blood boiling through my veins. Yet I was stuck. Waiting. And watching no progress being made on the screen.

The inaction started driving me crazy, which made me more stressed. That’s when I decided to quit. I shut down my computer in an attempt to put an end to the update. But I didn’t know what I was doing. Looking back, I see I was acting like a crazy lady with no real thought behind her actions. In other words, I was being controlled by my stress, and had allowed it to take me down.

When we allow ourselves to get carried away by our emotions, we aren’t able to see situations for what they truly are.

Remember how I said earlier that in hindsight the right action becomes more obvious? This is what we must learn to do while we’re still in the situation. We must learn how to create space between the situation, and our reaction so we have time to be more intentional with our response.

One practice that I try to do (though clearly I didn’t do it on the day with the update!) is to slow down long enough to think about how I’m going to respond.

I ask myself: If my response going to bring me down the rabbit hole of more stress? Or will it provide ease?

If I could have slowed down what I was doing long enough to look clearly at the situation, I could have seen that doing a system update made no sense when I had to leave in 15 minutes, and I was searching to fix my phone, not my desktop.

I could have asked myself if doing that update at that time would bring more stress. Or would it bring ease? I’m not sure if doing an update ever brings ease, but at that time the arrows were all pointing to more stress. And I ignored them.

I share this story with you in hopes that it’ll keep you from spiraling into the rabbit hole of stress when things aren’t going as you want. I realize that in the heat of the moment, it’s always tough to slow down and take a different perspective. But try asking yourself the question: Will my response add to the stress, or will it will bring ease? Then it becomes a lot easier to make the next move.

How do keep yourself from adding more stress to a situation? —Elysha