If you found yourself as moved and motivated by Wonder Woman as I was last year, listen up. I’ve been looking for ways to hold onto that emotion — that inspiration — ever since the first time (out of three) that I saw it in the theater, because while watching it over and over again certainly does the trick, I don’t want to miss a bootcamp because … I was too busy watching a movie so I could get pysched for my bootcamp. You know? You know.

So, here’s what I’ve been doing. And it’s working.

I’ve referred to the Amy Cuddy TED Talk on power postures countless times — and I’m sure I will do so countless more times. But why wouldn’t I? Simply standing in a power posture (like, say, the way you envision Wonder Woman standing as she prepares to fight for justice) for as little as two minutes can increase your confidence (and Wonder Woman-esque attitude) on a chemical level. So stand up straight, widen your stance, and don’t be shy about taking up allll the room in the room.

There are a few companies picking up on the fact that we all wanna be Diana Prince. My choice of Wonder Woman Halloween costumes last year was plentiful (and I was thrilled with my pick, although it wasn’t ideal for running a five-mile race), which was awesome, and I recently received activewear samples from Nuyu, which has three different Wonder Woman collections — Wonder Woman 75th Anniversary, Warrior Collection, and Wonder Woman Nuelle by Nuyu. 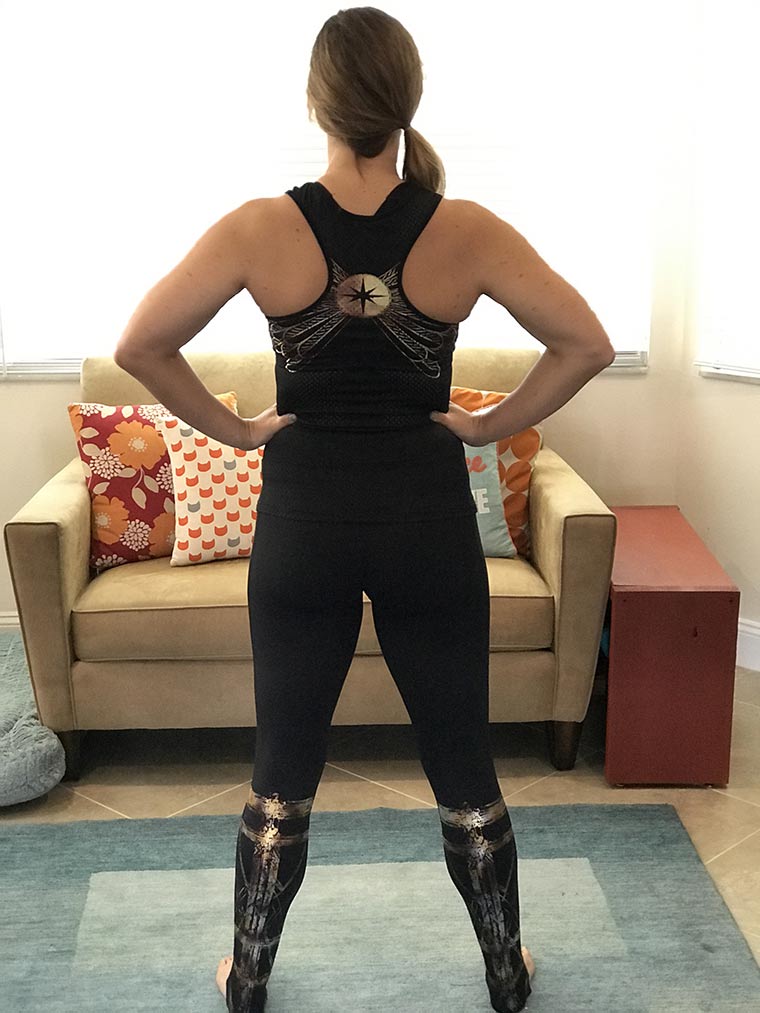 I’m sporting the Fitted Tank and Gladiator Princess Leggings, both from the Warrior Collection, and, oh my gosh, I feel like such a rockstar wearing them. The material is soft and the gold foil print is really striking. Plus, I love the fact that it looks appropriate for a warrior straight off of Themyscira without looking like a costume. 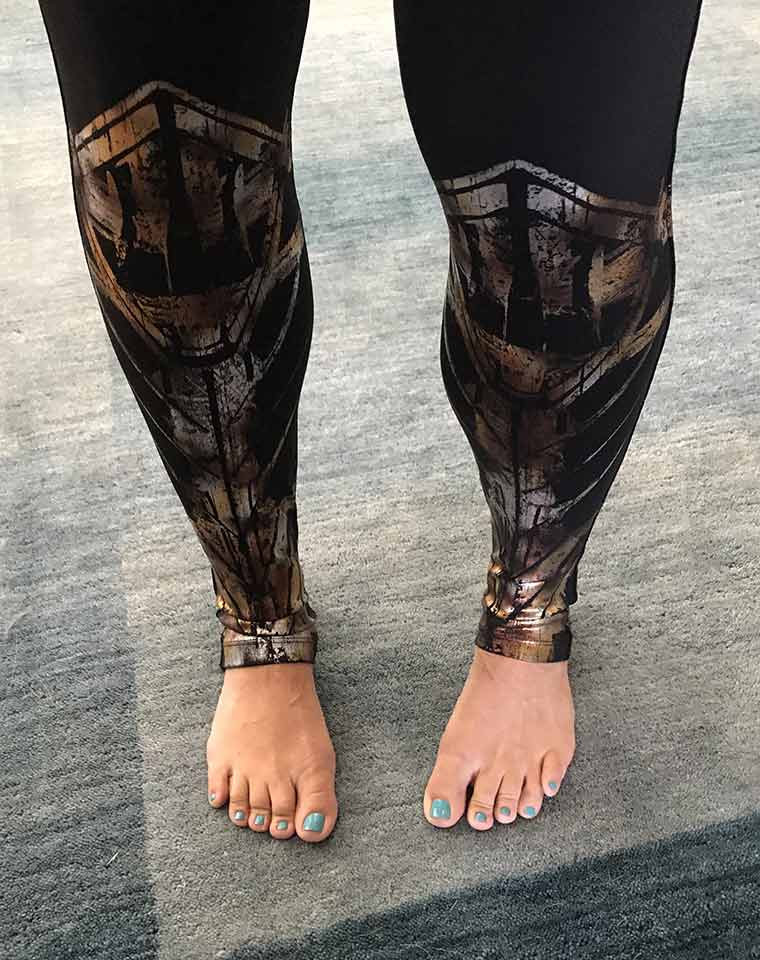 Surround yourself with girl power.

Find playlists that make you feel feminist AF. Embrace workouts that make you feel like your best self — and sure, that might mean picking up some heavy weights, but it also might mean getting into a serious yoga groove or hitting your favorite dance class. Spend time with friends who build you up — and put your energy into building them up as well, because that’s what strong women do rather than tearing one another down.

And, above all, speak to yourself with the same kindness and encouragement you’d show your closest girlfriend. Positive self-talk isn’t just a nicety — it’s a tool even top athletes and leaders use to achieve peak performance. If it works for Olympians, seems like it should do the trick for you, too, right?

Is Wonder Woman one of your idols as well? Or do you have another icon you look up to? —Kristen