On more than one occasion, I’ve found myself jealous of a new runner. The improvement a novice athlete is capable of seeing in the first few months in a new sport has the potential to be enormous, and I’ve seen people go from not being able to run a full mile to beating me in a 5k a year later. That’s exciting stuff — for the newb, at least. Maybe a little less so for the seasoned athlete coming in a minute later. Ahem.
After running for years and years, I have to seriously dial in my training to see big improvements — just getting out there and putting in a few miles doesn’t cut it. I need speed work and hill workouts and strength training, and there has to be a big focus on recovery while I’m at it. It’s not easy. It’s worth it! But it makes me envious of the people who can whittle multiple minutes off their PR just by continuing to run a couple times a week.
Today, I’m finding myself in a similar position regarding my eating habits. 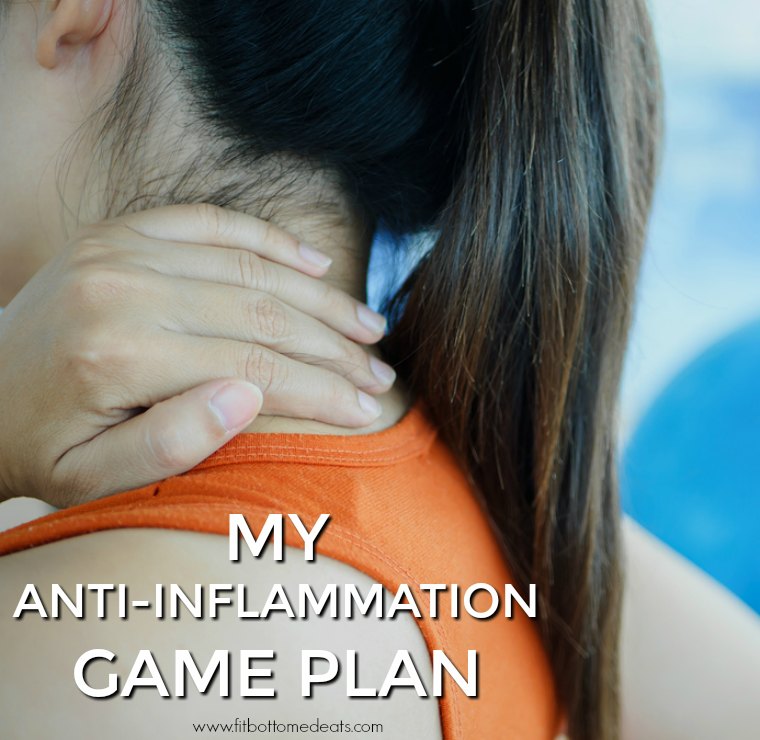 If you were the people I know in real life, they’d characterize me as a pretty darn healthy eater. Lots of veggies, no red meat, and I don’t have a huge sweet tooth. But I’ve been dealing with an assortment of injuries recently, all over my body, and they all have one thing in common: major (and chronic) inflammation.
So, I’ve made the decision to clean up my eats — yep, even more. If I were in the habit of eating fast food on the regular or downing steaks and fried chicken every week, this would be a much different undertaking, but as is … I won’t lie. It’s a bit daunting. But I feel that I’ve done what I can outside my body to facilitate healing and it’s not enough. I’m ready to give my all to healing from the inside out.
This anti-inflammatory diet gets a lot of press — and I know because I’ve been reading allll about it. Some versions are fairly extreme (think Tom Brady), while others basically just suggest eliminating junky processed foods to the best of one’s ability.
My goal is to land somewhere in the middle, paying attention to both what I need to steer clear of and what I need to add. Here’s my loose plan, which I plan to follow quite strictly for three to four months:

It’s funny — much of this is super in line with what we do in the 10 in 4 Challenge (our weight-loss with self love program) already, so it’s not like it’s foreign. It’s just another step or so beyond my typical routine. But if it works, I know it’ll be worth every difficult choice I have to make, because while I think the saying, “Nothing tastes as good as skinny feels,” is a complete load of crap, I suspect that, “Nothing tastes as good as being pain-free and able to run, jump, and do the things I love to do,” holds some serious truth.
Do you avoid — or add — anything to your diet for your health? Got any tips for this anti-inflammatory business? —Kristen