Potty training has been the highlight of my parenting experience.

Although it is one of my least favorite parts of the raising-a-child journey, it has provided great lessons that I have learned from. With my first — who is now 5  — I was working full-time. My first was potty trained by my mom and his babysitter; my husband and I simply reinforced using the toilet at home. With my second child, I noticed it was time to start training after previously trying three times. I had to take on the challenge as I am with my second child 24/7.

Potty training has been going great. It has been a month since I began working with my daughter, and this week she stopped wearing a diaper during the day. She was ready after three attempts. Fourth time is a charm! But just because she was ready to begin training does not mean it has been perfect. What I really mean is I have been far from perfect and I have had learning moments that I need to share (and laugh) with you all. 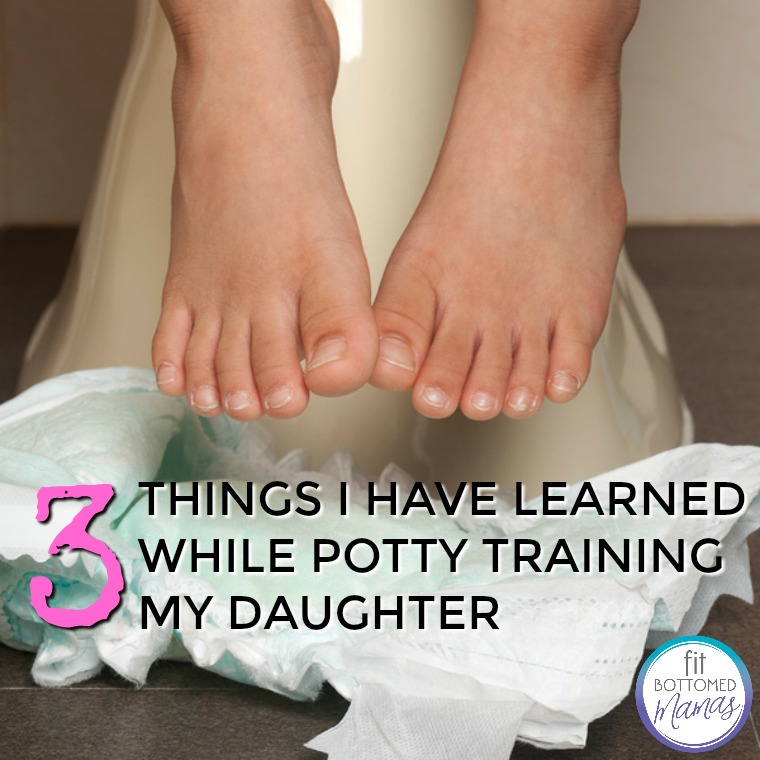 1. Do not assume the stream flows in one direction.

I do not know why it was such a surprise to me that my daughter’s stream went sideways. It was like I forgot I pee the same way. We were out on an adventure. On adventures, I usually take us all to the bathroom before starting our exploring. My daughter was still wearing a diaper at this time, but I asked her if she would like to try going to the bathroom like her brother and me. She said yes, so I got her ready, stood her over the toilet and held her as she crouched over the toilet. I was excited about my daughter using a bathroom while we were out and about, but my excitement quickly turned into “Duh. Jasmin!” I saw her start peeing, and then the stream went sideways as if her shoes were magnets to her bodily fluid. “Oh … yay! You did it!” I had to laugh it off, be grateful that it was only one of her shoes, and make a mental note about positioning for next time.

2. Do not look over the toilet for too long.

Two weeks into potty training, my daughter and I were at my grandmother’s house. I had taken her diaper off while we were visiting. She was doing well with peeing in the toilet at this time, but was being secretive with her pooping. “Mom, pee pee,” I heard from another room. I ran to find that she had dropped a nugget in her underwear. I rushed her to the bathroom to avoid her peeing her pants, too. After she finished going pee, I took her off the toilet and carefully took her bottoms off in order not to smear the nugget down her legs. I took her nugget, and for some unknown reason, I looked over the toilet as I dumped her poop. Apparently, I dropped it in at the perfect angle because the water ricocheted into to my face. This was another forehead slapper. Major mental notes were taken after this incident.

3. It is okay to be ecstatic over the small things.

I came home one day overjoyed about how well the potty training had gone. My husband was already home; one of the first things I said to him was, “Our daughter has been in the same underwear all day!” What this really meant was that once the diaper came off in the morning, there were no accidents. My husband gave me a high five. After the excitement settled, I found myself laughing … only in parenting do you get excited about your child wearing the same underwear (or diaper) all day. Thankfully, this was not an embarrassing learning moment, but it definitely made me more cognizant of enjoying the ride and embracing the victories no matter how small they are.

Do you have any funny potty training moments that you can share? —Jasmin