Before we even get into this review, let’s get one thing straight: these pants are insane.

In a good way.

I was recently sent a a pair of Physiclo Pro Resistance Pants ($95 to $125) to review — and I was so excited about it after hearing from my friend Gretchen that they were — yes, here comes that word again — insane but awesome. Known as “the world’s first compression pants with built-in resistance band technology, designed to challenge your body and help you achieve better fitness results,” these pants actually have built-in elastic layers that act like resistance bands around your legs.

Yes, you read that right: Resistance bands around your legs.

You can wear them for really any workout — running, bootcamp, CrossFit, cycling, barre, whatever. The leggings generate up to 10 pounds of extra resistance in any direction — including hip flexion, extension, and abduction. And just like with resistance bands, the bigger your movement, the more resistance you’ll feel. And, let me tell you from experience, they make everything much, much harder.

These people are smiling way too much to be truly training in them. Either that or they have superhero legs. 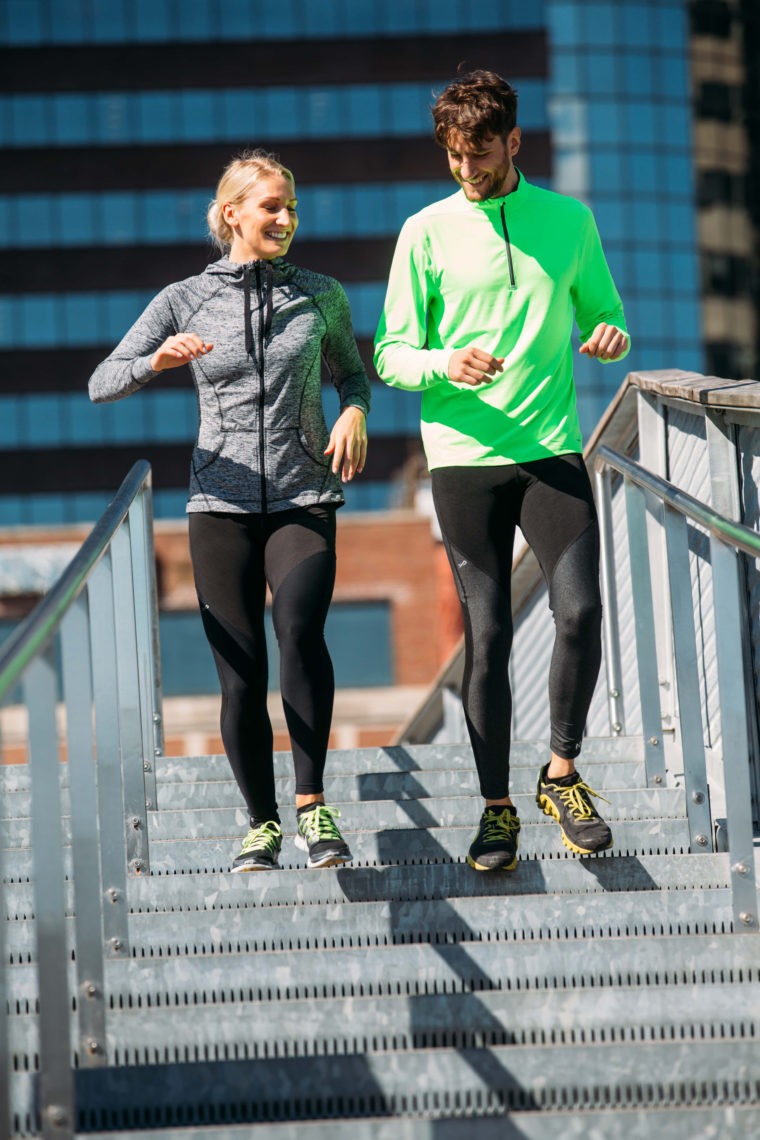 Because when I’ve worn them — mainly for running and some TRX training — it basically feels like I’m moving slowly in water, no matter how hard I try to move more quickly. It’s a strange sensation, but one that clearly lets you know that all that resistance is working.

And the best part of them? TAKING THEM OFF. Because after having that much resistance on your legs, putting on a pair of normal leggings or jeans with zero resistance makes you feel like you’re seriously flying. Which, is basically the whole point. Train harder, get stronger — and then on race day or at performance time? Fly off, little FBG, fly off.

The whole concept is so interesting and pretty cool. And overall, I dig it. Although there are some pros and cons to it that I think are well worth mentioning. 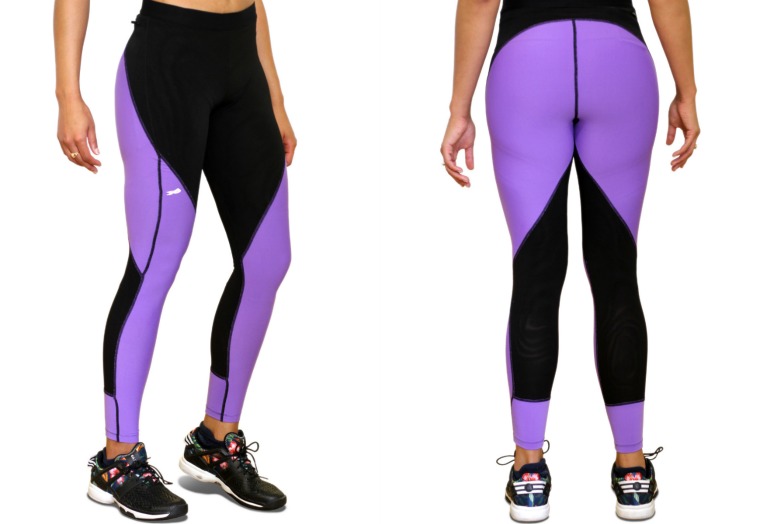 So, yep, definitely quite a few pros and cons. For me, the pros and benefits outweigh most of the cons, BUT, the cons are enough for me to be really intentional about how and when I’m training in these. They are not my go-to tights. They’re basically like like lifting weights — and you have to treat them as such. I wouldn’t do a bunch of arm stuff two days in a row, so why would I do that to my legs in these and work out in them all the time? Instead, I’m using these one to two times a week for shorter runs and workouts (nothing too explosive in movement) to boost my intensity and increase strength. And then I’m taking them off immediately AND FLYING.

Anyone else tried these? How often do you wear them? PRed after training in them? I’m hoping they help me PR at this race! —Jenn