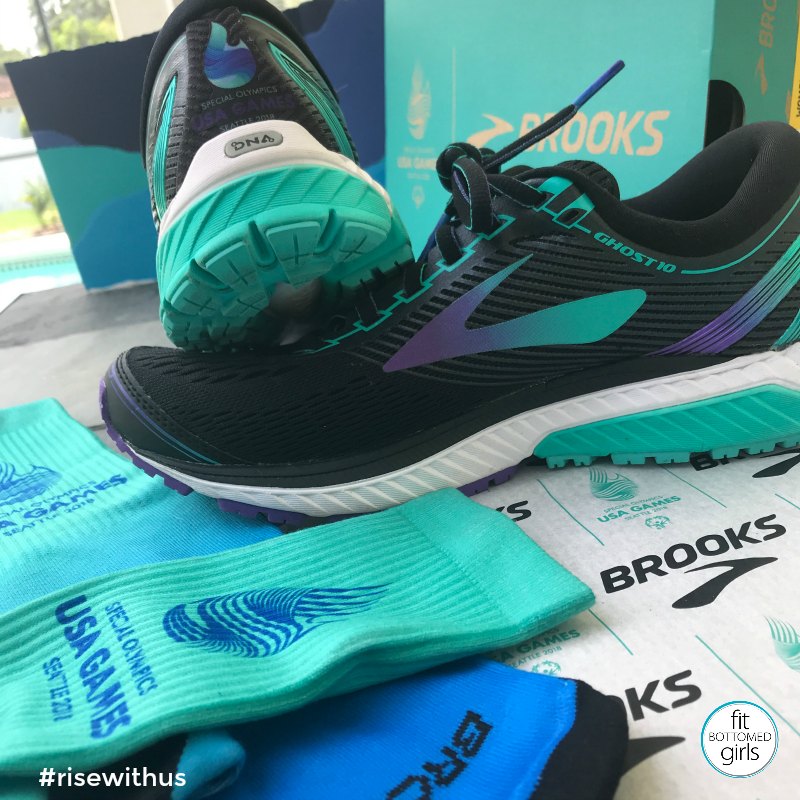 The 2018 Special Olympics USA Games are right around the corner — and I’m so psyched to say that I’ll be there for the start of the games, along with my fellow Brooks Running blog ambassadors, because Brooks is bringing us all out to Seattle to be part of the cheer line.

And that’s exciting to me on several levels. For one thing, I get an incredible amount of joy out of cheering people on. If you’ve never grabbed a spot at a race and screamed your lungs out for total strangers, you’re truly missing out.

But also, I’m enormously proud to be a part of Brooks and their work with the Special Olympics USA Games, because it goes way beyond getting a group together to cheer. Brooks is a sponsor of the Games — and they’re sponsoring two of the runners competing this year: Colleen Bryant and Andy Bryant (no relation). The two are not only highly accomplished, Seattle-based runners, but are also the very embodiment of the “run happy” vibe that Brooks is known for.

Andy, who was diagnosed with autism at 3 years old and competed in his first Special Olympics at 5, has completed 30 marathons, including nine appearances at Boston and a personal best of 2:55:23. (That’s fast!) At the Games this year, he’ll compete in the 3000m and 5000m runs.

Colleen, who was also diagnosed with autism in early childhood, is running the 1500m and 5000m races, although in middle school, she developed her athletic abilities on her school’s Special Olympics team with sprints and track and field events. In 2010, she embraced the marathon and has worked hard to bring her time down to 3:31:55.

Oh, and there’s more. Even folks who can’t attend the Games can support the cause. They’ve got a special edition of their Ghost 10 shoe out — and are donating $10 from each pair sold to the USA games. You can also scoop up special edition apparel, and $5 from each apparel purchase will be donated.

And let’s talk about the shoes for a second. Brooks just recently released their Glycerin 16 ($150), which quickly became my go-to running shoe. The two-way stretch bootie creates SUCH a snug, comfy fit, and and the DNA LOFT midsole is soft, smooth, and makes me feel super fast. (They’re not available in a Special Olympics edition, but a good shoe is always worth sharing, right?)

“Our feet rise and fall together,” is the Brooks Special Olympics mantra, and that’s so, so powerful, because that’s really what makes running so beautiful. Regardless of your pace, your background, your goals, you can show up at the same start line as anyone else, you can put in miles on the same trail or track or road. We might have different running styles, and we certainly have different motivations and aspirations — but we’re all runners. We’re all part of this sport. And it’s true — our feet do rise and fall together.

Will any of you be in Seattle for the Special Olympics USA Games next month? —Kristen