Some things are truly best when shared with someone who means a lot to you, like a good bottle of wine, a tough workout, and awesome new running gear. Except, we don’t want to share our actual running gear, because EWWW SWEAT for one thing, size for another, and sometimes … our running buddy has rather different requirements in gear than we do. Like, Jenn and I need to wear sports bras. Her husband … does not.

So, the fact that Brooks gave us the chance to check out our pick of goodies from the Fall ’18 catalog — and let us share that perk with a running buddy?

And now, we’re excited to share our reviews — and a few of our thoughts about what makes our running buddies so darn special — with you! 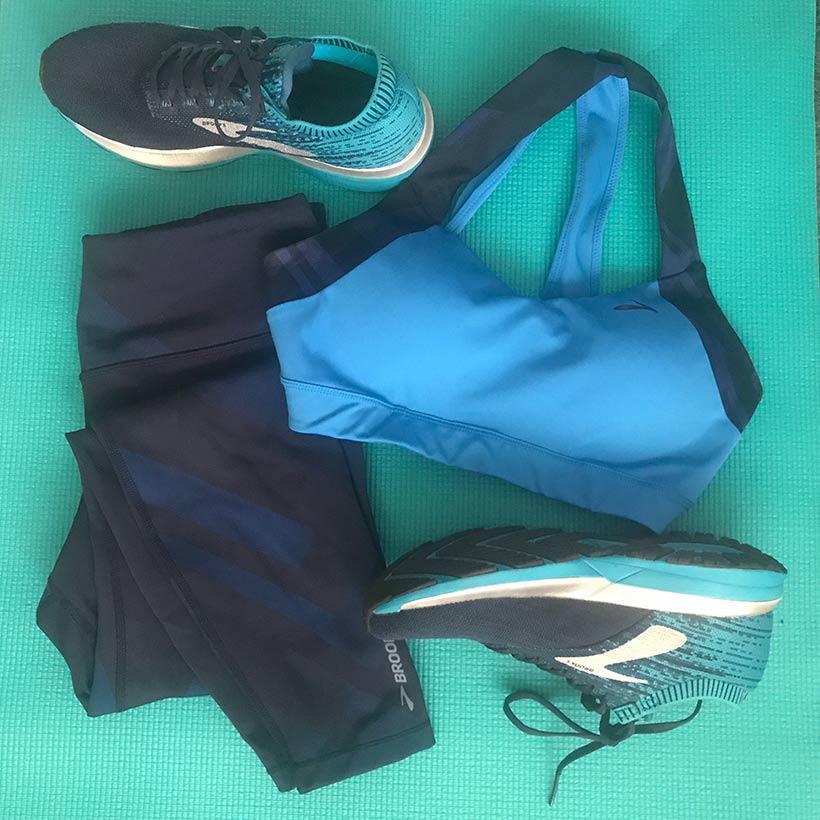 (And, as you probably remember, we are Brooks Running ambassadors, but we are always honest about what we love … and what we find lacking. Also, some of the links below are affiliate links, so if you click through and make a purchase, we make a couple of dollars — so thank you in advance!) 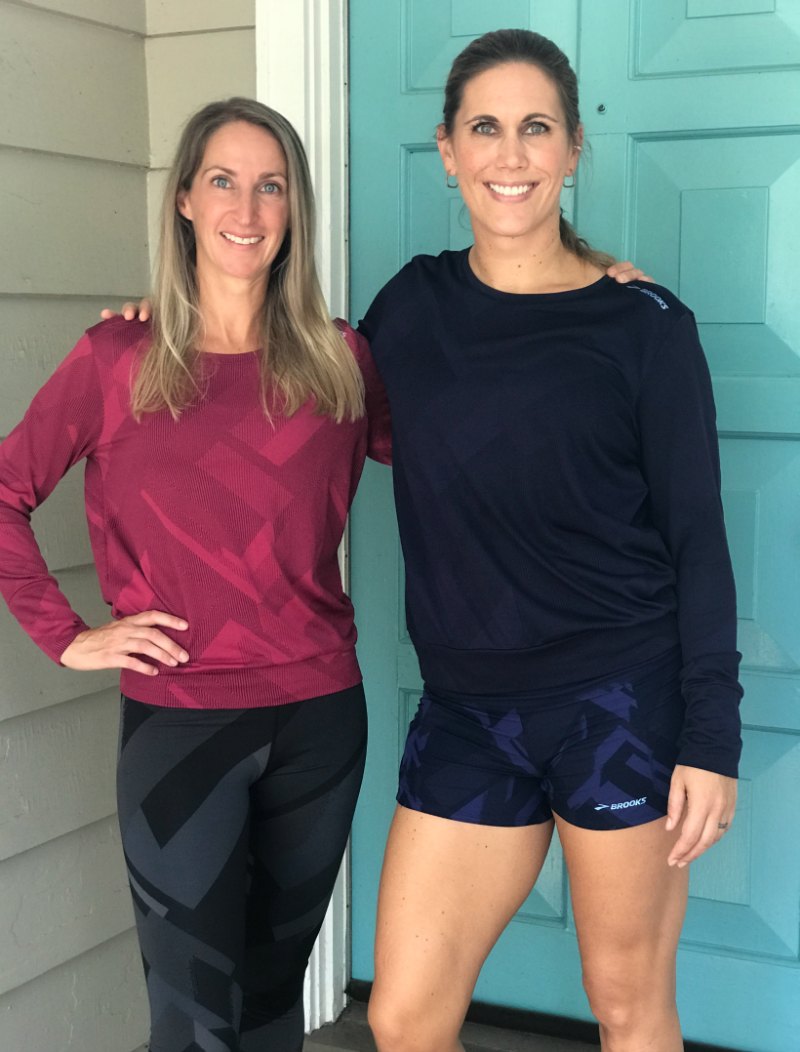 I’m fortunate to have several people in my life who inspire me to be active. My husband is game to join me in a run more often than not. I have a small group of friends who’ve been coming over weekly to join me for a little at-home boot camp. And, if I’m looking at a destination race, well, I’ve never had trouble finding people to join me.

But when it came time to pick the one person who’s been a true run happy inspiration for me lately, it’s my friend Danielle. She’s not only happy to join me for a run — even when I’m injured and doing a lot of walking — but she’s often the one who invites me. That support means a lot, because I know it’s not as much fun to run when I can’t hold our normal pace, but she never, ever makes me feel like I’m holding her back. She’s tougher than she thinks, and is great at keeping the conversation going when we’re a few miles in and I can talk, or I can breathe, but I can’t do both at the same time. Plus, she loves eating really good food every bit as much as I do, so even when we’re both struggling to commit to a run in the unrelenting Florida heat, we can usually get excited about where we can go grab a snack afterward — and sometimes, that’s enough to get us out the door.

Plus, when I mentioned a big, scary, maybe slightly stupid running goal that I’m considering (and which I’ll tell you guys more about later), her response wasn’t simply to tell me that it was actually possible — it was to ask how she might be able to be a part of it. So, outfitting her in new Brooks Running gear (top, bottoms, shoes and sports bra) really seems like the least I can do! 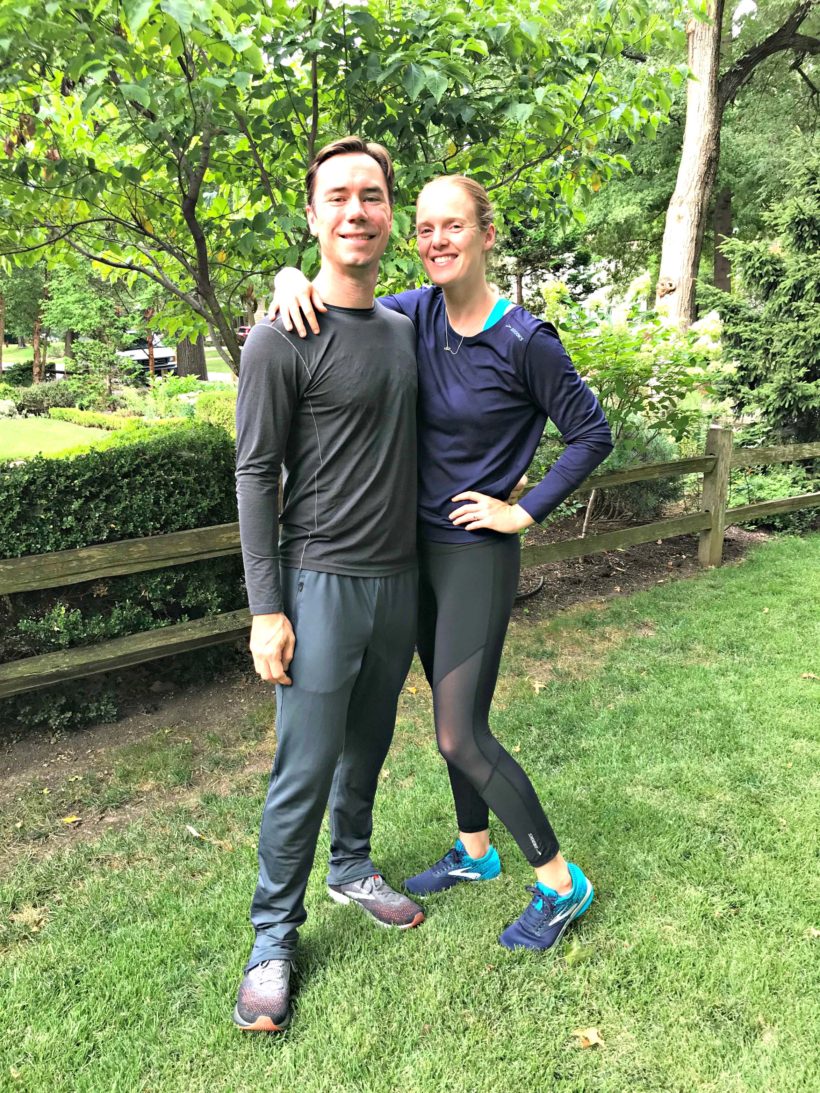 Truth be told, the person I technically run the most with is my daughter. But, since Gwen logs most of her miles sitting in the jogging stroller while eating snacks (she lives the life, yo), I had to pick my husband Ryan as my running buddy. Sure, we have a complicated relationship … in our running relationship (as discussed here) … but, I’m happy to say that we now running together A LOT. Yes, he may be a half a mile in front of me at any given point because his pace is so much faster, but we start together. We do the same route. And we end together. (He will literally run back to where I am and join me at my pace as I finish.) Then we stretch, foam roll, high-five and discuss our run together. It’s a lot of togetherness for spending most of the run not together. And it feels really good and is really fun. We both get to run our own pace with our own tunes, but we’re still out there supporting each other and spending quality time together. Plus, Ryan finds THE BEST running songs (many of which have made our monthly workout playlists). And, as you’ll read in his reviews below, he’s pretty damn funny. So, of course, I wanted to hook him up.

Here’s what we got, who’s wearing what — and what we thought about it all. 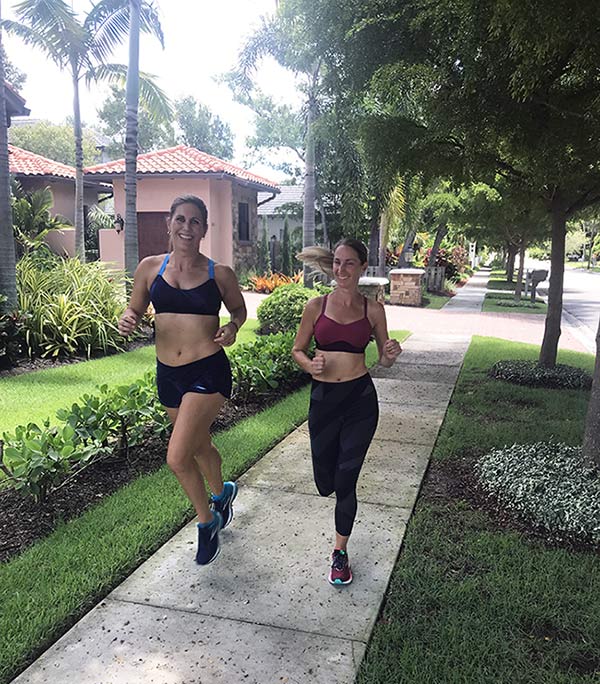 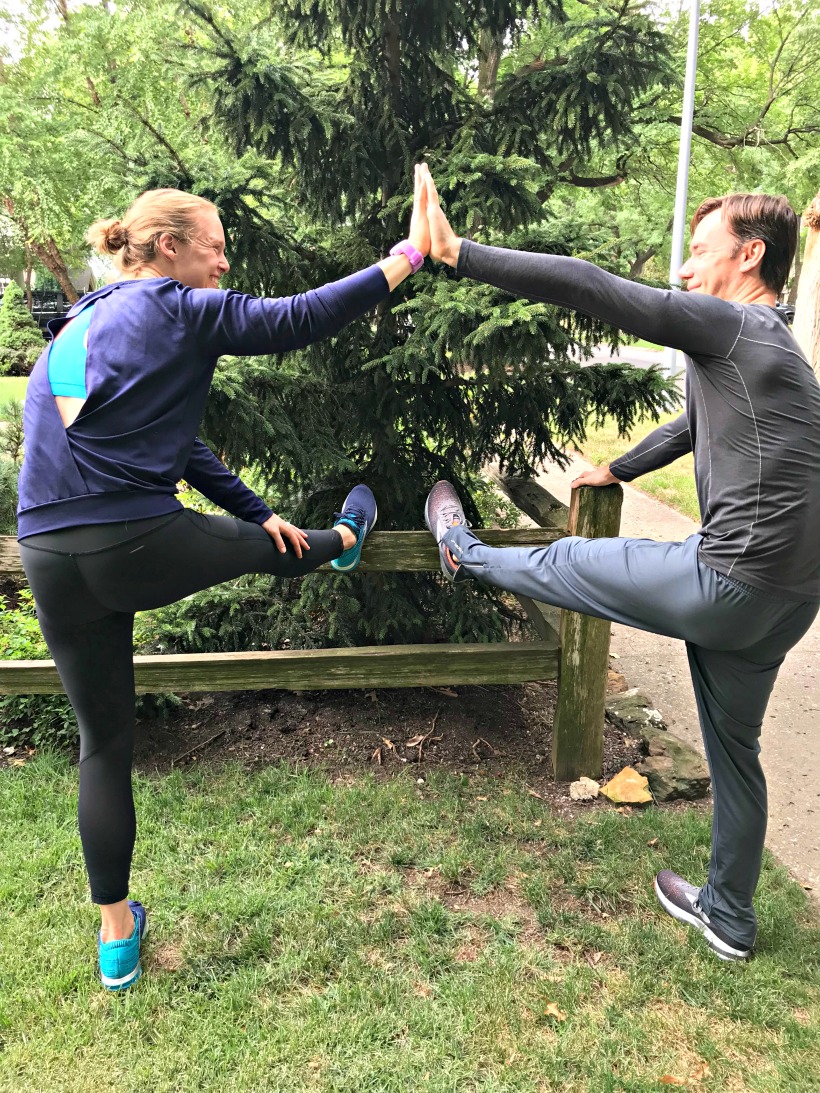 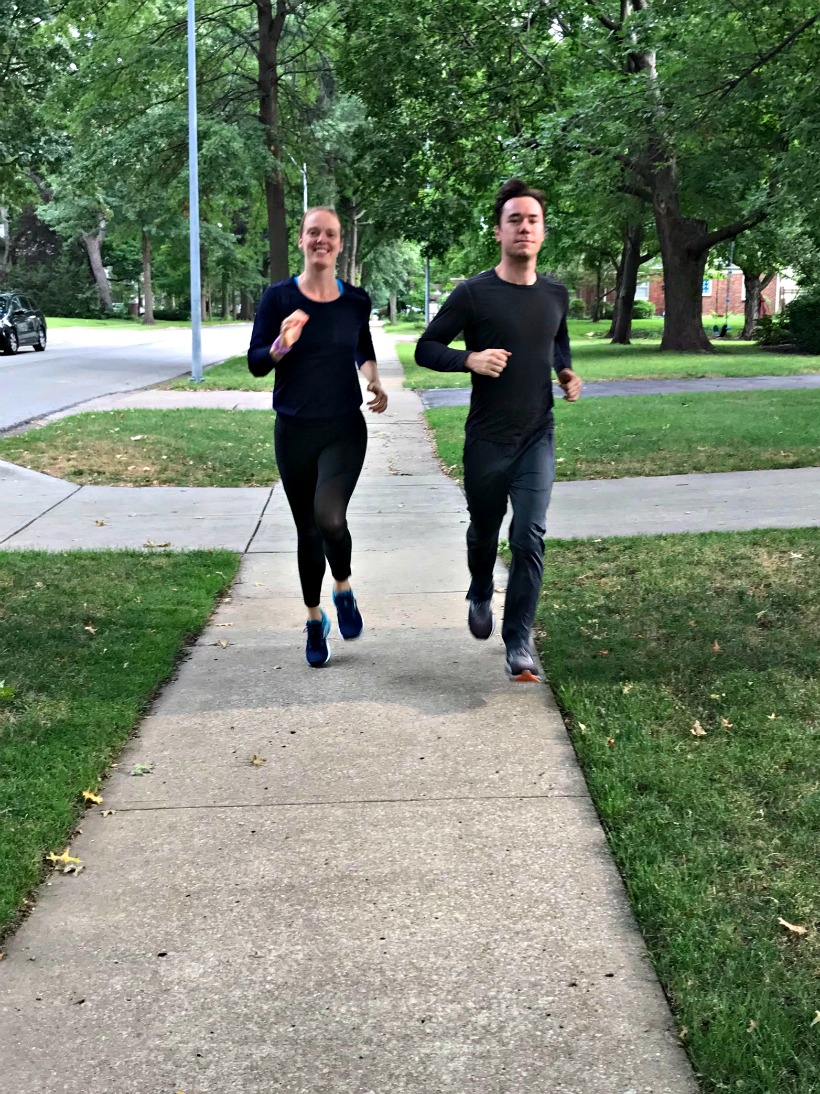 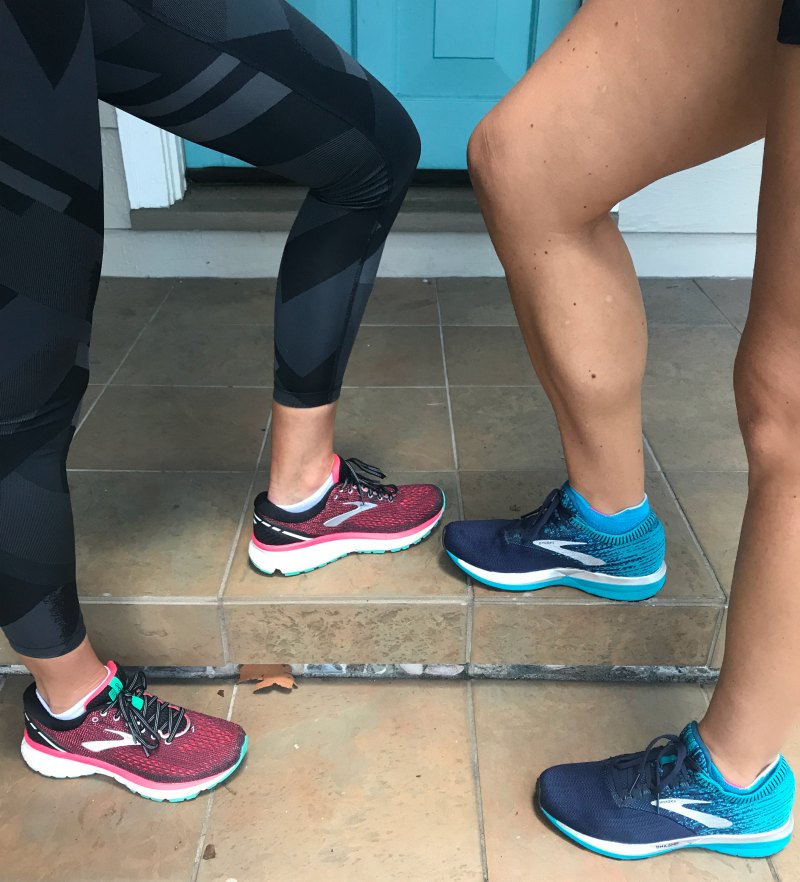 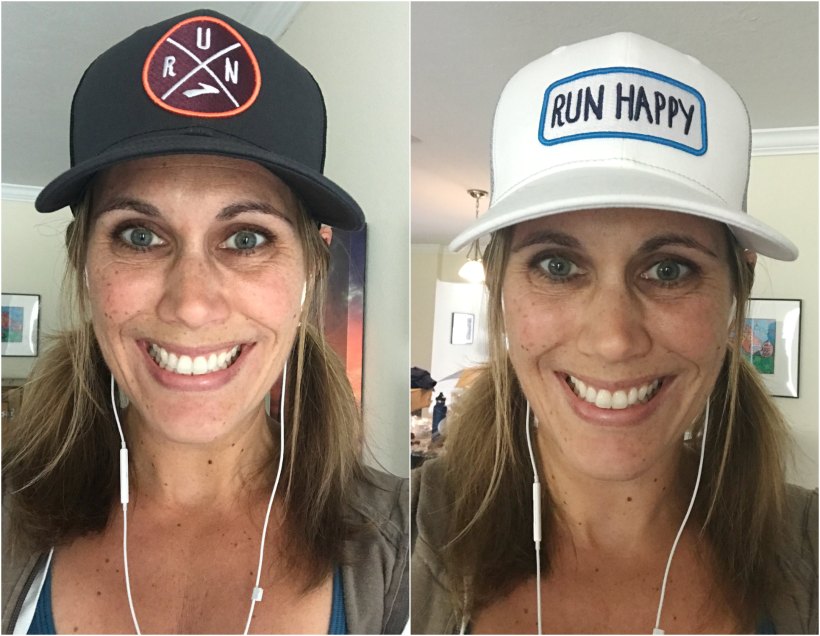