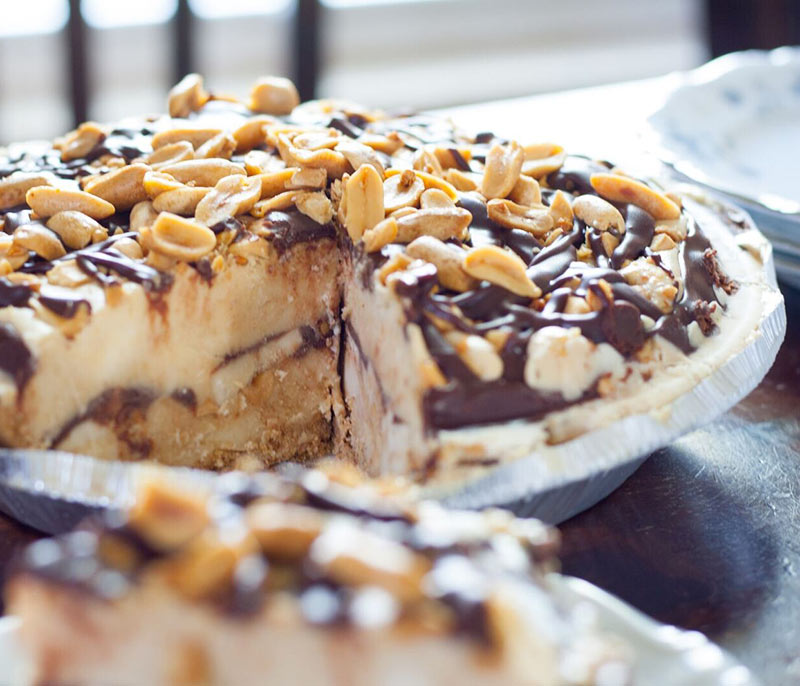 Earlier this year, we served up some awesome vegan inspiration in the form of a podcast interview with Catherine Gill, author of The Dirty Vegan blog and The Dirty Vegan cookbook. And now, we’re thrilled to dish out one of Catherine’s super tasty vegan dessert recipes — Chocolate Peanut Butter Banana Ice Cream Pie. Because, seriously, there is nothing in that recipe title that we don’t already love.

But, one tip before you get started: Remember that this is a frozen dessert, so you’ll need to plan ahead if you’re making it for a specific occasion. Making it the day before to give it enough time to freeze isn’t a bad idea.

Have you ever made an ice cream pie — vegan or not? I used to make an apple and ice cream pie for Thanksgiving, but I’ve gotten out of the habit. Maybe it’s time to revisit it … and perhaps with a vegan twist! —Kristen

Add a comment Cancel reply
13 Comments
Jenn & Kristen
Diets don‘t work. We know because we‘ve been there.
Get the deets
STAY IN THE KNOW
When new stuff happens, you'll be the first to know!
Latest Offer
Working out at home
Get free strength, cardio, yoga, and meditation videos.
Try them
Instagram
X