You wanna hear a secret that I wish someone had told me 10 years ago?

Being comfortable working out in a sports bra (without a shirt on) is less about abs than it is about attitude.

This is something I’ve been learning over the course of the summer — as I ditch the shirt when I start shvitzing in yoga class, or when I step outside to run and realize I’m sweating before I’ve even warmed up — and the idea is backed up by this great NY Times opinion piece about what it’s like to be a “Bra Girl,” which you might’ve already seen in one of our recent Blue Heart Beat emails* — if not, it’s certainly worth a read now, because it’s both entertaining and empowering.

*What’s that you say? You’re not signed up for our emails yet? You’re missing out on all kinds of free bonus content, workouts, deals, and more, so what on earth are you waiting for? You can rectify that situation right here.

What the writer says about how being a Bra Girl can lead to feelings of fierceness and badassery? Hella true, yo. When I run in a sports bra, I feel faster — sometimes I even feel more intense. Not because I feel the need to prove anything, but because I feel like a serious athlete. I’m here to work, and I’m not letting anything — not even a shirt! — get in my way.

Also, I am SO FREAKING TIRED of being hotter than I need to be because of some silly insecurities I have over the state of my abs. They might be a little soft, but — first off, what’s wrong with that? And second, they’re also strong, and I love what my core does for me, so why on earth should I be ashamed of how my midsection looks in the light of day? It makes zero sense, and I am OVER it.

That said, when I know I’m gonna be stripping off my sweaty shirt, I tend to take a little more care in selecting which sports bra I’m going to wear. Because, guys, after working for so long with Brooks Running , I have options — and still, the style I reach for more often than not is the UpLift Crossback … often paired with my favorite shorts, the Chaser 3″, although I’m also a fan of the Chaser 5″ on occasions when I wanna be a little more modest. (But seriously, we dig these shorts so much, we’ve named them as a fave on the Brooks Running site!) 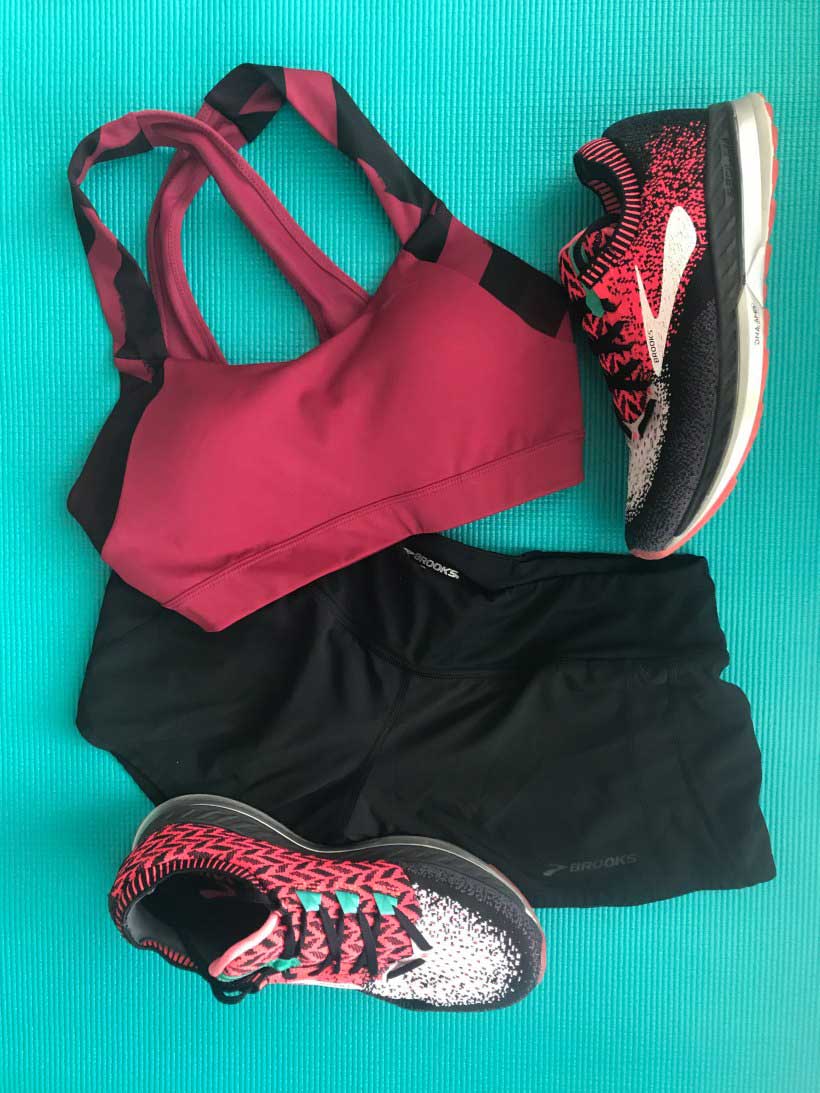 (As you might remember, we’ve been proud Brooks Running brand ambassadors since back in the day, so some of the products in this post have affiliate links, which means we might earn a couple of dollars if you make a purchase. So, thanks in advance if you do that! And if you have any questions about these products or any others, you can always hit us up in the comments.)

So, here’s the scoop on the UpLift Crossback bra — which I’ve professed my love for before:

Now, when it comes to support for runners, there’s more than just bras to discuss. We’ve also got support in shoes — and Brooks Running recently introduced their newest support shoe, the Bedlam, which is a support version of the Levitate 2 (which is a neutral shoe). These two Energize family shoe styles are the springiest shoes Brooks offers thanks to the DNA AMP midsole, which is made to capture and return your energy to you as you run. In the Bedlam, we’ve also got Brooks’ GuideRails technology, which guides your feet (whether you pronate or supinate) into proper alignment.

I first saw the Bedlam introduced when I was in Seattle over the summer, and I was immediately hooked on the look. Once I learned it was going to offer the benefits of the Levitate in a support shoe, I was even more pumped — I supinate just slightly, so while I’m fine in a neutral shoe, I am always game to check out the latest support options, too.

In addition to the springy and supportive design, this shoe also has a heel collar (which, as noted with the Ricochet, I love and Jenn is … less enamored of) and internal bootie with Fit Knit upper to make your foot feel well-hugged. It fits ever so slightly on the large side, though, so if your normal size in Brooks is borderline big, go down half a size in this style.

Jenn had the chance to check out the Levitate 2 and, in her words, “I have to wear higher socks so the back doesn’t rub my heel, BUT, when I do that, these are freakin’ magic on.” 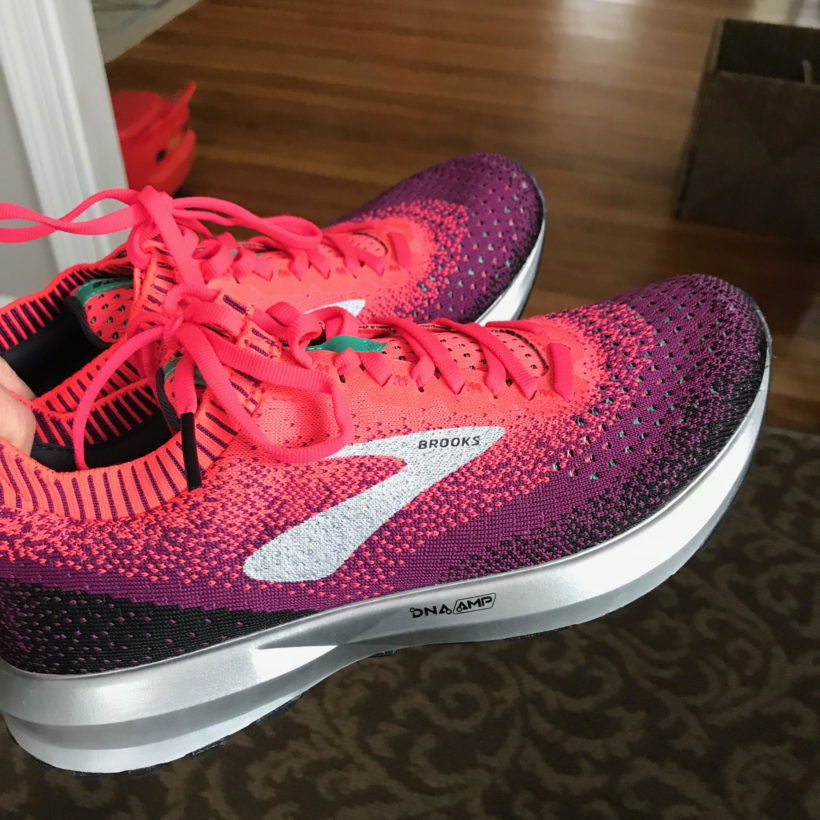 That kind of speaks for itself, right? She goes on:

“With insanely awesome springiness and lightness, these are next level. NEXT. LEVEL. Plus, they look cool, right? Right.”

Are you a Bra Girl? What do you love running in right now? Do tell. —Kristen