Not after a total six years of infertility.

Not two years after a failed IUI — when you didn’t even actually get to do the IUI because your body didn’t even respond enough to attempt it.

And definitely not after you’re staring down your 38th birthday like a big ol’ blinking fertility warning light on your life’s dashboard.

I’d never actually thought it possible to have three kids. Honestly, I thought two kids might be pushing it. After all, we felt beyond blessed to have our daughter. And if we remained as a family of four (three of us, plus pup!), we’d be happy. Very happy.

When you’re dealing with infertility, you tend to put a damper on your dreams. The dreams never go away fully — they’re just muted, purely out of self-preservation. It’s not even something you intend to do; it just happens.

So, when we decided to do one more IUI last November — just to “see what happens” — it felt open and light. After all, we were happy and I had muted the dream enough to be okay with whatever happened.

Then, much to my surprise, my body responded well to the injectable meds. We did the actual insemination with less than ideal numbers, but numbers that the specialists said were “just good enough” to give it a shot.

Ten days later I got strong pregnancy test. The next week — as we held our breath — my bloodwork ended up looking good, too.

I had no idea what was coming next.

My husband and I go in for our first ultrasound at six weeks. I tell the nurse that I just had a massive meal, despite already feeling nauseous all day, ever day.

She responds with: “Well, that’s because you’re eating for two.”

And, she says: “No, there are two babies in there!” 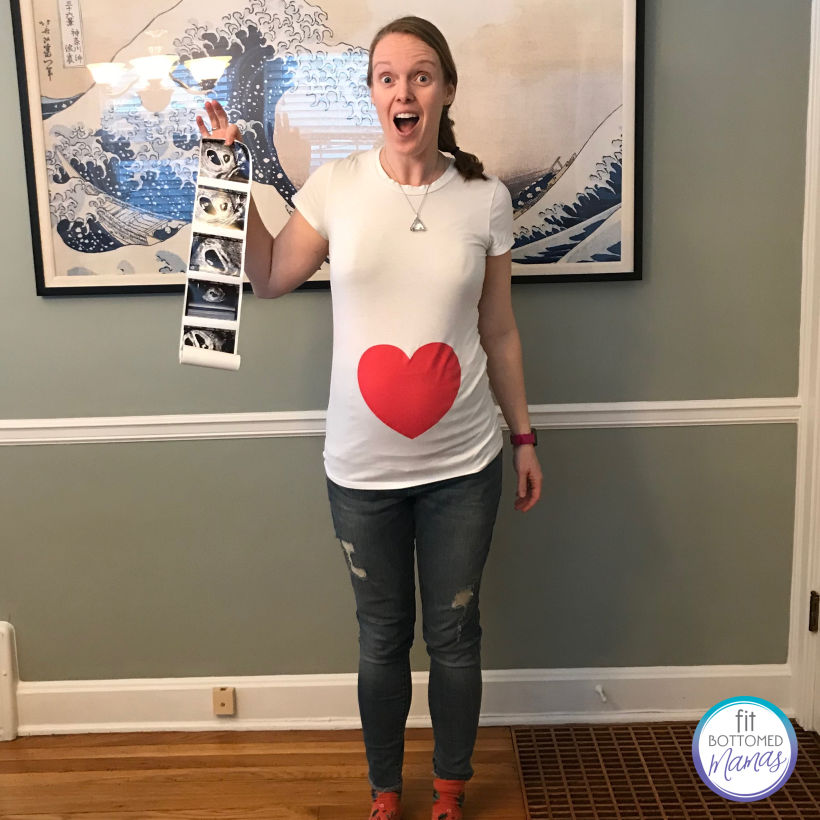 Yes, that’s salad on my socks.

I’ll be sharing more about my twin pregnancy journey (I’m out of the first trimester and I’m still !!! over twins) on Fit Bottomed Mamas here and on Instagram @FitBottomedMama. Follow along because there is A LOT to tell. And, for you super fans, you might have picked up on my twin pregnancy clues in this Mamas post, this Eats post, or this Zen post! –Jenn