This week marks National Eating Disorders Awareness Week. To help bring awareness to a serious health issue affecting more than 30 million people, we’re sharing some myths about eating disorders — and the truth about them — from Dr. Allison Chase of the Eating Recovery Center. 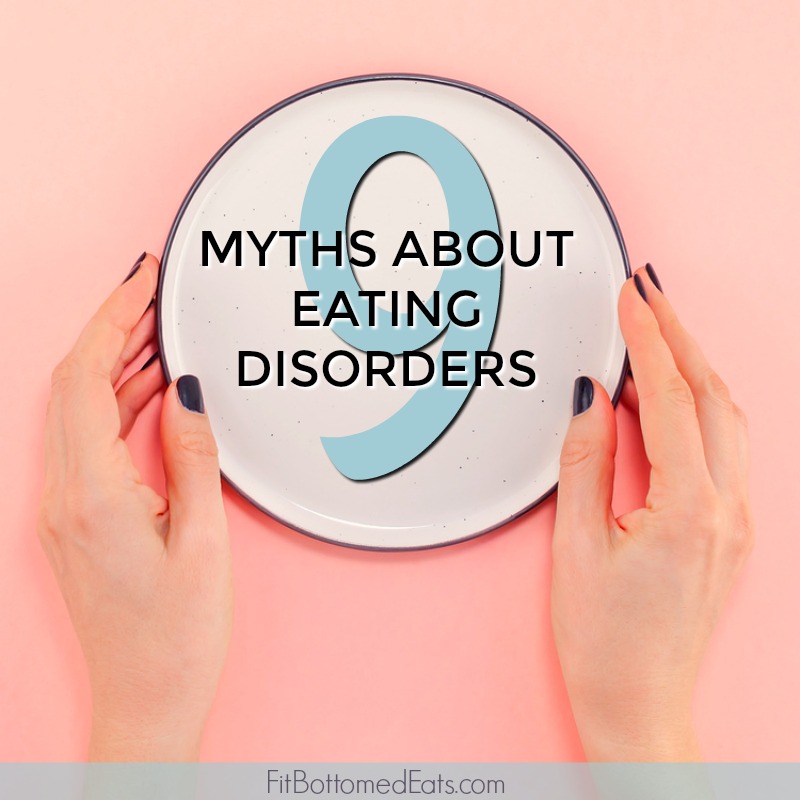 9 Myths About Eating Disorders — and the Truth

While there have been recent, tremendous breakthroughs in the science and treatment of eating disorders, widespread misconceptions remain that challenge identification, diagnosis, and early intervention of the disease.

Truth: While eating disorders generally involve obsession with calories, weight or shape, these illnesses are rooted in biological, psychological, and sociocultural aspects. Restriction, bingeing, purging, or over-exercise behaviors usually signify an attempt to manage uncomfortable feelings or control something of substance in the individual’s life.

Truth: Consider this: research found that up to 60 percent of girls between the ages of 6 and 12 are concerned about their weight or about becoming too fat, and that this concern endures through life. Not surprisingly, the incidence of eating disorders in children is on the rise. Between 1999 and 2006, hospitalizations for eating disorders in children 12 and younger rose 119 percent, according to a 2010 study by the American Academy of Pediatrics.

Myth 5: Only very thin people have an eating disorder.

Truth: While anorexia is often characterized by extreme low weight, many individuals struggling with bulimia, binge eating disorder, and EDNOS are normal-weighted. The misconception that an eating disorder can only occur if someone is very thin contributes to misdiagnosis or delayed diagnosis in many cases, even among those patients seeking support from medical and mental healthcare professionals. Unfortunately, many healthcare experts lack eating disorder exposure and training, which highlights the important role of eating disorder specialists to ensure effective diagnosis and early intervention.

Myth 6: You can tell if someone has an eating disorder by looking at them.

Truth: Eating disorders do not discriminate. Those suffering from an eating disorder have a variety of different body types. The media and other public discussions about eating disorders often focus on a specific diagnosis: anorexia, wherein sufferers often display the symptom of being severely underweight.

Truth: Recovery is absolutely possible. Due to the complexity of eating disorders, recovery can take months or years, but with treatment, many people do recover.

Myth 8: Eating disorders are caused by the media.

Truth: Many people are exposed to the media on a daily basis but only a small percentage of them actually develop eating disorders. Eating disorders are complex and serious illnesses that have biological, genetic and psychological roots. The media can certainly impact how a person feels about their looks, and promote a great deal of pressure to look a certain way, but the media does not cause eating disorders.

Myth 9: Eating disorders are a result of dysfunctional families.

If you are concerned that you or a loved one may have an eating disorder, please visit eatingrecovery.com for more information.

A huge thanks to Dr. Chase for sharing this important information. –Jenn