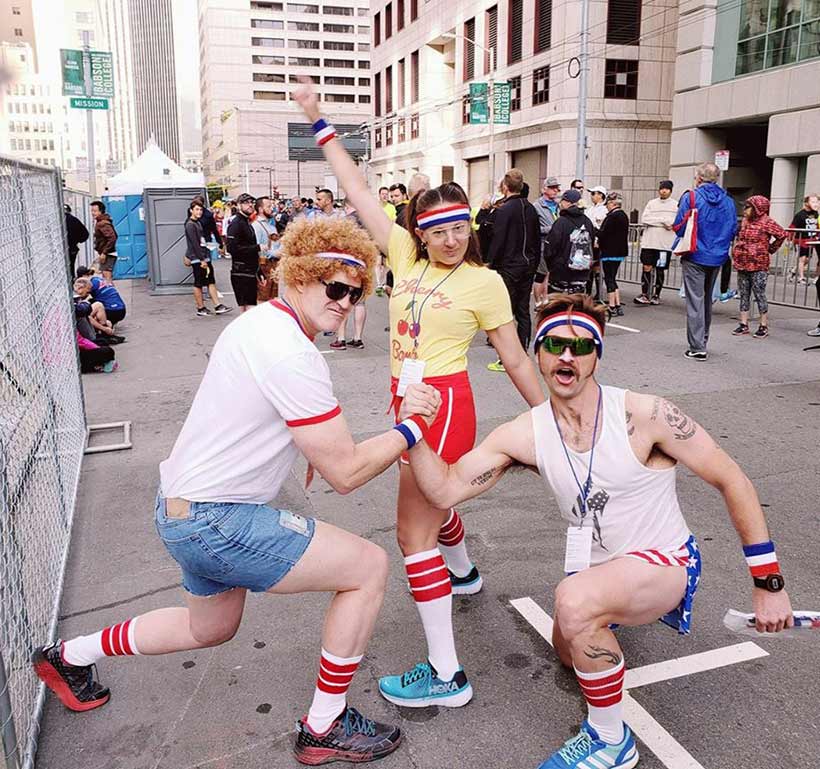 If you’ve spent much time around here, I’m betting you’re familiar with Susan Lacke. She’s written for Fit Bottomed Girls, she’s talked me into doing some really hard but amazing things, and last year, after her first book (Life’s Too Short to Go So Fucking Slow) was released, she joined us on the podcast.

(Did you miss it the first time around? No worries! We’ve got you covered.)

Here’s a fun fact — Susan and I were in my kitchen, together, as we recorded it, because she was in Florida working on her second book, Running Outside the Comfort Zone (available March 27).

To be specific, she was there to run a 5k. A naked one. And to be clear, she did not extend an invitation for me to join her.

I’m honestly not sure how I would’ve responded if she had, but let’s just say that she’s AWFULLY good at talking people into doing things that often straddle the line between challenging and lunacy — a fact made abundantly clear in her new book.

You see, prior to writing her second book, Susan was in a running rut. She was burned out and worried that she’d lost her love of the sport. But, while some people might shake things up by joining a new running group or signing up for a relatively normal race in an exciting destination … well, she took it a few steps further, opting to spend a year doing all kinds of truly unusual races, all over the world — and write a book about her adventures.

However, don’t think for a second that this is just a series of race recaps, or even a manual on how to train for various types of races — even though, initially, her publishers were looking for a bit of a how-to guide.

“But that shit’s boring,” Susan told us. “I came out of these races with the best stories about the wildest adventures with the coolest people. I learned a lot about humanity while exploring the world in a pair of running shoes. In the end, my editors were surprised (pleasantly, I hope) that, for a book about running, I actually wrote very little about running.” 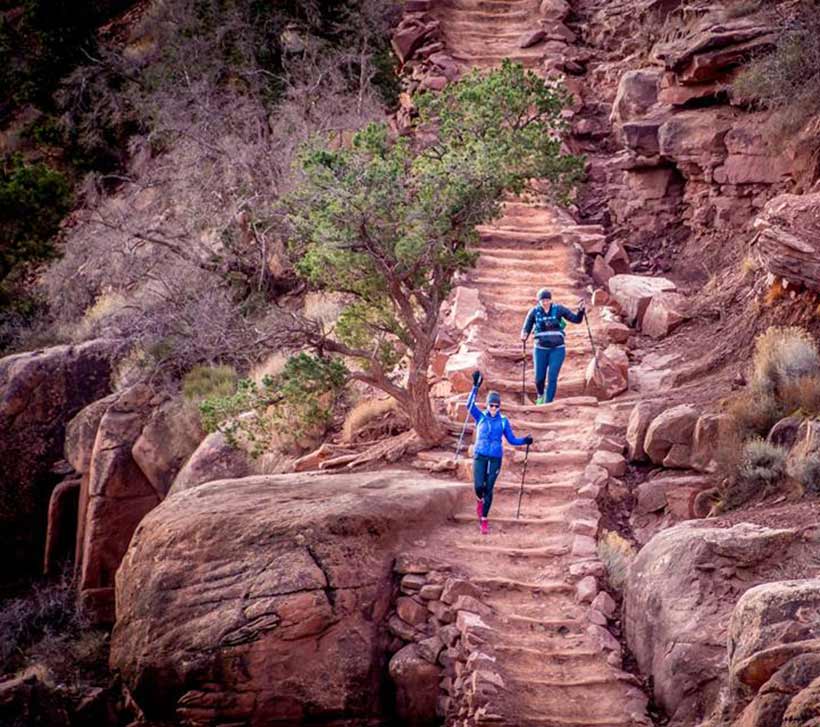 Just a little run down the Grand Canyon … and then back up.

In Running Outside the Comfort Zone, Susan embarks on races ranging from ultramarathons to running up the stairwell of the Empire State Building to chasing a wheel of cheese down a hill — and those were just a few that didn’t require a group, a costume, or a coffin. (Seriously.) Some races were straight up ridiculous asshattery; some were literally life-changing. And at every event, she remained on the lookout — for her love of running to return, for her limits to be tested, and for the secret password that would let her join the ranks of “real runners.”

I won’t spoil it for you by telling you how it ends, but I will give you a hint. When I asked her if she’d do any of the races in the book again, Susan responded, “I’m always up for a good time, and the races in this book were a very good time. I’m actually celebrating the launch of this book by heading back down into the Grand Canyon — this time, with even more friends.”

(You can get a sneak peek at her first Grand Canyon Rim to Rim run here. And really, the title of that chapter — That’s a Horrible Idea. What Time? — tells you much of what you need to know about her entertaining storytelling style.)

And if you’re thinking that dedicating a full year and a book to quirky and unorthodox races means that Susan’s done it all, think again. “There were quite a few running experiences that, for some reason or another, didn’t pan out for this book, like the Antartica Marathon, the Doughman triathlon, volunteering with a program that trains runners in prison settings,” says Susan. “I could easily fill 10 more books with unique running experiences.”

Here’s hoping she does! (And if you’ve got suggestions for other races or running experiences she should try, hit Susan up with a Tweet — she loves adding to her running bucket list.)

On a scale of 1 to 26.2, how much do you love reading a great running story … even if it’s only somewhat about running itself? —Kristen