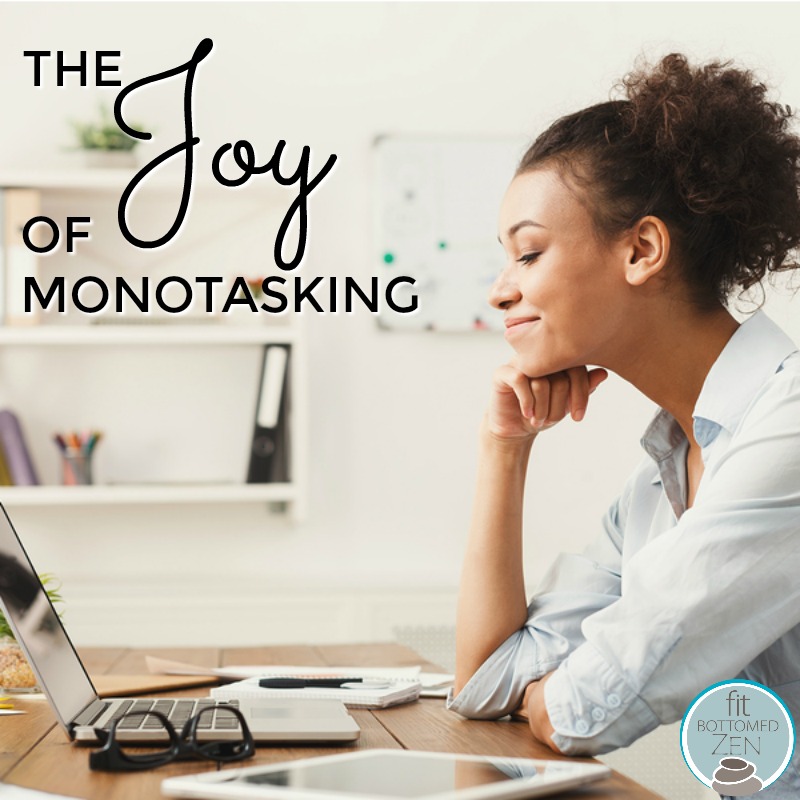 We all want to get more done in less time, but could the answer to doing just that be ditching the multitasking altogether and putting our focus on just one thing at a time? Straight from the book Enjoy Time: Stop Rushing, Get More Done by Catherine Blyth, we have the deets on monotasking — and why you should seriously give it a go. (And if you love Catherine’s work as much as we do, be sure to read her other guest post on how to stop procrastinating and stay tuned to our podcast — she’ll be featured as a guest in the coming months!)

The Joy of Monotasking by Catherine Blyth

You may not regard multitasking as a choice.

It seems pretty much mandatory if you operate in an open-plan office, within reach of a smartphone, or have a family or a boss who likes sending emails. But if you’re tempted to do several jobs at once in the hope of speeding up, in reality you will slow yourself down. Tackling two jobs at a time takes 30 percent longer than one after another. You’ll also make twice as many mistakes.

So why not quit the juggle? Monotasking means working in a linear fashion: one thing, then another. This is easier if you declutter your day. When planning your schedule, identify extended slots for focused work, also clearing space for contingencies (at the end of the morning, mid-afternoon, for instance).

Clear your desk, streamline your schedule, reassert that old-fashioned, linear style of working, put a higher value on your time, and you set your tempo. You will also end up with a tidier, calmer mind.

Interrupting used to be bad manners, but multitasking has become so commonplace that people come to expect it of us — at work, at home, even in our social life. They can even become insulted if we do not reply instantly. Though this has become normalized, it is possible to break with the norm.

Do not let that to-do list run away from you. Each evening, write a list of all your goals for the next day. Once that day has begun, do not let a significant new item sneak onto the list to throw you off track.

Here are a few of the common hang-ups:

Lead by example, and train other people to respect the quality of your time.

How can you monotask today? –Catherine Blyth