Ever heard of muscle memory? Or the concept that emotions are stored in your muscles? In this guest post, Sukie Baxter — a posture and movement specialist and the author of Perfect Posture for Life who helps people change their lives by changing the way they move (you might remember this post she did for us here, too!) — breaks down what it is and how to release those painful emotions that may be trapped. Get Sukie’s free guide to easing aches and pains here. 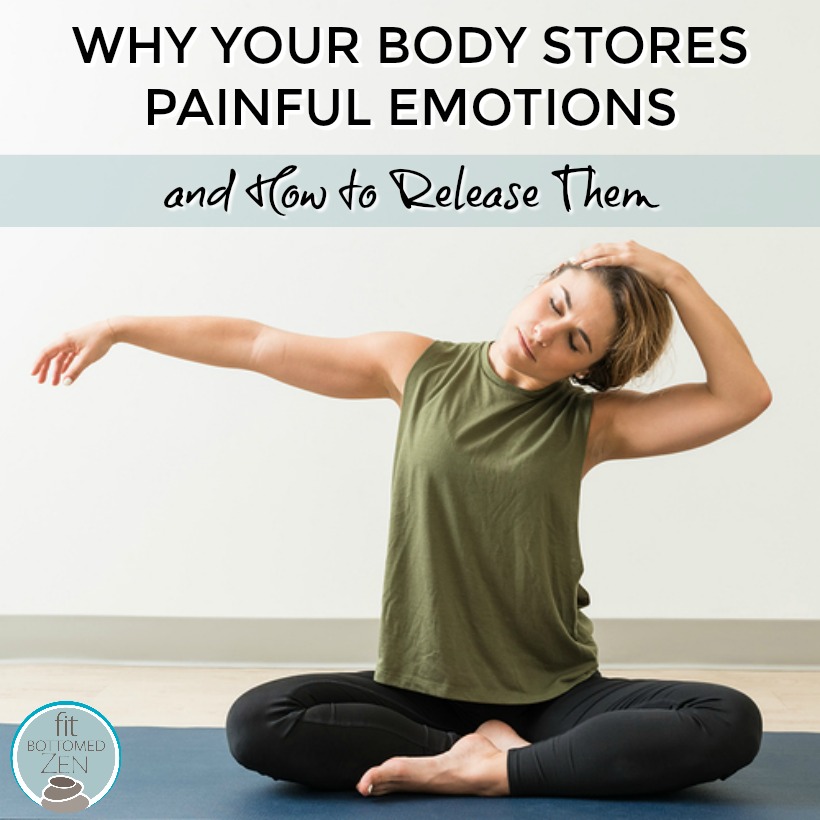 Muscle Memory: Why Your Body Stores Painful Emotions and How to Release Them By Sukie Baxter

Have you ever heard of muscle memory? It’s the idea that emotions from past experiences get trapped in your body.

These feelings can surface during bodywork, yoga classes, or during a workout and leave you wondering: why does your body store painful emotions? And how can you release them so you’re not carrying bad memories forward in your life?

How Your Body Stores Emotions

You probably already know that your mind and body are connected. Studies have repeatedly shown that mind over matter is a powerful thing, sometimes even more so than drugs or surgery.

But did you know that your body also influences your mind? The mind-body connection is a two-way superhighway. In fact, emotions are experienced as much in your body as in your brain.

Emotional experiences trigger activation in your autonomic nervous system — the branch of your nervous system that’s beneath conscious control. Stressful emotions cause your muscles to tighten either to fend off a threat or run away.

If the stress is related to a traumatic event, or if it’s ongoing and unrelenting, your body is flooded with stress hormones that get lodged in your cells. Muscle tension then becomes chronic — a habit your body can’t break.

When emotionally tight muscles finally relax months or even years later, those same feelings can again flood your system.

Trauma and Muscle Memory: Why Emotions Get Stuck

Most people are carrying some level of trauma in their bodies. Some of it stems from accidents and surgeries, but even small events that seem to have little consequence can create trauma.

Stress of any kind activates your fight or flight response. This is normal and natural. However, it becomes problematic when a person can’t fully process the stress for whatever reason.

For example, one of my bodywork instructors once told a story about a woman he had worked with who became increasingly angry and agitated as he released tight tissue around her shoulder.

When the session was over, the woman explained that her father had poked her shoulder while yelling at her when she was a child. Being unable to fight back or run away, all of her anger had frozen into muscle tension.

It stayed there, unbeknownst to her, until years later when it was released through bodywork.

How to Release Trapped Emotions from Your Body

There’s good news for anyone who’s been emotionally bumped and bruised through life: you’re not damaged goods.

Scientists are increasingly discovering just how malleable our bodies and brains can be. So having some trauma in your past isn’t a life sentence.

There are many ways to address emotional muscle memory. Some like EMDR or Somatic Experiencing require a licensed and trained practitioner to facilitate the process.

Yoga, exercise, and meditation are other powerful tools that can be implemented on your own. Bodywork that addresses muscle tension and armoring is another helpful method to dissolve stored muscle memory.

You can do all of these things and still not make inroads on your embodied muscle memory if you don’t also cultivate presence and connection with yourself.

It’s possible to do yoga for years and never have an emotional release, or even go to talk therapy and still not make progress on your emotional muscle memory.

Many people are dissociated from themselves — a state where you mentally “leave” your body. This is an excellent coping mechanism for when feelings overwhelm you. But living this way long term leaves you numb and checked out.

As you work to release stored emotions, pay attention to the sensations in your body. Be present with what your muscles are feeling right now, in this moment — whether you’re in the middle of a yoga practice or rush hour traffic.

Connecting to sensory awareness is a powerful tool in becoming present with yourself, which ultimately will heal a rift between your mind and body.

Have you ever released emotions stored in your body before? –Sukie Baxter