We all know how powerful stories are — both the stories that we’ve been told and the stories we tell ourselves. Beth Carvin — CEO and co-founder of JamBios, an online memoir website — knows this better than anyone. She’s had the opportunity to read life stories from thousands of different users and has learned a lot in the process. Here are her top takeaways when it comes to learning from — and healing from — the hardest things in your past. 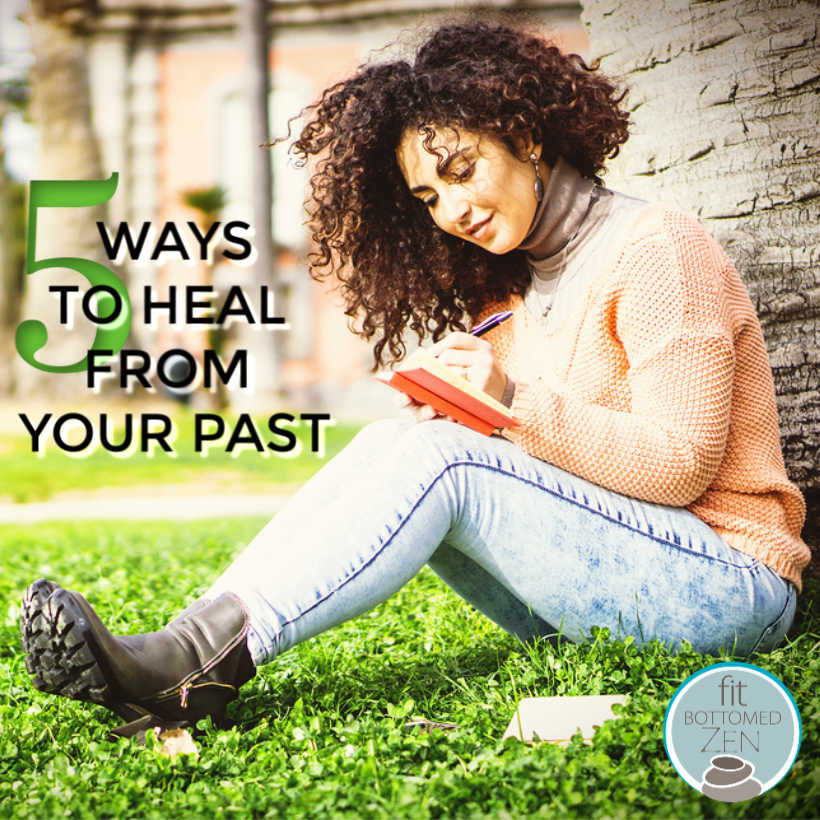 5 Ways to Heal From Your Past, by Beth Carvin

In the mid 1900s, plastic surgeon Maxwell Maltz noticed something unusual about his patients. He found that even after he performed reconstructive surgery, many of his patients would continue to see themselves as disfigured and unworthy. After much study on this phenomenon, Dr. Maltz realized that surgery was able to fix the scars on the outside, but not the ones that remained on the inside.

As the CEO and co-founder of JamBios, an online website for memoirs and memories, I’ve had the opportunity to read stories from thousands of different users. In doing so, I’ve discovered five styles of living that the happiest, healthiest people use to heal from past trauma.

1. Do what you fear most. Eleanor Roosevelt once said, “Do what you fear and the death of fear is certain.” Traumatic events from childhood can actually re-wire our brains so that we may constantly be on alert for danger. This can lead us to hold back and miss out on experiencing all that life has to offer.

But what if you take the opposite approach and do what you fear most, despite the feeling of danger?

Kristen Jaccodine did exactly that not long after the unexpected death of her mom. Facing her fears included flying alone, traversing steep ladders of a carrier ship, and entering the dark cramped space of a submarine. She tells her pulse racing triumphant story here.

2. Help others. When life has given you the short end of the stick — either through no fault of your own or because of poor choices that you made — you can use those “life lessons” to help others. And in the process, help heal yourself. Studies have shown that focusing your attention on the needs of someone else reduces your own stress levels.

To see Sue Horsford today you might never know the past she endured. After leaving high school at age 16 to live with an older, drug-abusing boyfriend, she became an addict herself. In one of her JamBios stories, she recounts her friend Mike saying to her, “You’re an untapped resource. You should be using your life experience to help others going through the same sort of thing.”

She did exactly that and now she is making a difference in other’s lives, as well as moving herself forward. You can also read her story of addiction here.

3. Choose life. Sometimes healing requires revisiting the past, walking away from relationships that you care about, and discovering your purpose.

That’s what Kimberly found after reaching the lowest point in her life. She was suffering panic attacks and depression without recognizing the depth of her despair. It had snuck up upon her as it often does. At her lowest point, she had convinced herself she was a failure — and in that moment she felt certain that her baby girl would be better off without her. As luck (or fate) would have it, she was literally snatched from the grips of death. As she explains in her JamBios story, this seemingly divine intervention was a defining moment and moved her to turn around her life. That was 18 years ago and today she is at peace, content, happy and alive.

4. When in doubt, write it out. Expressive writing is a scientifically acknowledged therapy with more than 200 academic studies proving results. It has been shown to improve immune function, lessen the distress of migraines, reduce stress and anxiety, and improve social relations and life enjoyment. When you write your deepest thoughts and emotions you take the trauma that is running free in your mind and make it concrete so your brain can store it away. Once stored, it no longer ties up your brain’s processing power allowing you to move forward. Writing secrets, even if you delete or throw them away, has the greatest healing impact.

One of my favorite JamBios stories about the power of writing comes from Brittany. She lost much of her memory in a car accident on Halloween at age 16. She recounts a beautiful and moving story about how writing has become her very important lifeline.

5. Let people in. When trauma stems from bullying, the wounds are very raw. Being intimidated or demeaned leaves you emotionally vulnerable, sad, depressed, and angry. It can be difficult to trust others which isolates you further. I’ve been surprised at the large number of memory stories about bullying. Stories not only from America but in countries all across the globe. Those who have healed the most from bullying have one common denominator: they learned to let people in.

Esperanza’s story is a good example of someone who was being bullied and was scared. One day some other kids performed a simple of act of kindness. They waved to her in the lunchroom. She had two choices in how to respond to this attempt at friendship. She picked the right one.

Bonus Story: The Circle of Life

I’ll end on a lighter note and share my own story about The Dog Who Became a Tree. It’s not about healing from trauma, but it is about affirming life after loss.

If I have learned anything from reading autobiographical stories from ordinary people, it is that life is messy and people are resilient.

As Dr. Maltz discovered, the scars are often tucked deep within. Luckily, it doesn’t require a plastic surgeon to make you feel worthy and loved. It only requires reflection, courage, and tenacity.

It’s never too late to change (and write!) your story. –Beth Carvin