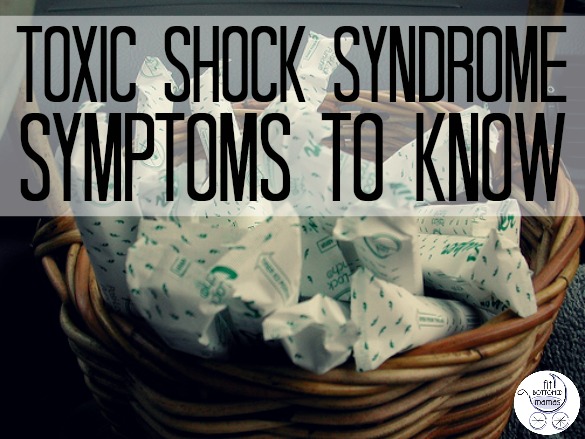 If you’re like me, you immediately discard the instructions and warning information packet when you open a box of tampons. Sure, you learned about Toxic Shock Syndrome years ago when you cracked open that first box, but you probably haven’t given it much thought since. But TSS isn’t just a thing of the past; it still affects women today. I know that for me, using a pad is almost out of the question unless it’s after childbirth, so it’s important that regular tampon users know the risks.

Today, Suzan Hutchinson a survivor of tampon-related TSS and director of connectivity for You ARE Loved, an organization dedicated to raising awareness of the syndrome, shares this story to raise awareness of the risks involved.Read on for Toxic Shock Syndrome symptoms every woman should know.

Something changed my life forever and it has the power to change your life or that of your daughter.  It is something many wrongly assume isn’t dangerous.

Tampon-related Toxic Shock Syndrome threatens the health and welfare of our daughters as much now as it did when I got TSS.

I’ll be honest, I had no idea TSS was still a threat. Sure, I had seen the TSS warnings on tampon boxes and knew from past experience there was a risk, but I wrongly dismissed it—I survived the Rely TSS epidemic 30 years ago and remember when companies were first required to post the TSS warning and why. And, then I learned of Amy Elifritz, and I knew TSS had not disappeared.  It was back. Here is Amy’s story in the words of her mother, Lisa.

Last summer, my life changed forever when my younger daughter, Amy, got sick. What appeared to be the flu was something else entirely and by the time anyone realized this, it was too late. Please read her story and learn what every parent with a daughter needs to know.

Amy was a healthy 20-year-old who had her entire life ahead of her. When her symptoms began they didn’t cause either of us any alarm. When things worsened, no one in our family gave any thought to the fact that she was menstruating. When we sought out medical help, no one asked questions about her period or whether or not she was wearing a tampon. When anyone reads her death certificate they can see that the cause of her death was tampon related Toxic Shock Syndrome.

After Amy’s death, Lisa made it her mission to learn about TSS and to share this information with others. In Amy’s memory, Lisa formed You ARE Loved, a non-profit organization committed to raising awareness about tampon-related TSS and providing factual information about menstruation. Since launching the You ARE Loved website, we have received and posted several stories of girls and young women who have experienced tampon-related TSS in recent years. Lauren was 20, and developed TSS in June 2010. Heather, a new mom, in March 2011. Katelyn was 17. Alex was 16. Shenikwa was in college. Amanda was 19. Nikki died of TSS at 21. Brittany almost died at age 15.

If your daughter uses or is considering using tampons, be sure that you both know the following.