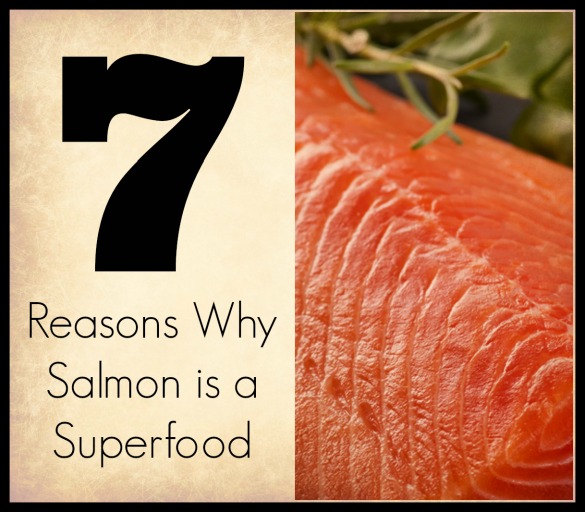 Salmon is one of those foods that’s on every superfood list. High in those omega-3s and protein- and nutrient-rich, we know it’s good for us. But do we know how it’s good for us exactly? Most likely not. So, for this special Superfoods Week we’re sharing some super interesting health facts about salmon from the Alaska Seafood Marketing Institute.

1. Cardiovascular. There is plenty of evidence showing that consuming fatty fish at least twice a week could reduce the chances of dying from heart disease. In fact …

2. Brain function. There’s a reason fish is known as brain food: omega-3s from seafood have been linked with a number of different brain and cognition benefits, along with sharper brain function, including:

3. Immunity. Omega-3 fatty acids like DHA (docosahexaeonic acid), which occur mostly in fatty fish like salmon, are thought to strengthen the immune system.

4. Eyesight. Omega-3s are vital for healthy visual and retinal function, from infancy through advanced age.

5. Healthy pregnancy and infancy. Most maternal diets are low in the crucial omega-3 fatty acid DHA, so it’s particularly important that pregnant women eat more fish, for both their own health and their baby’s.

6. Type 2 diabetes. Consuming seafood omega-3s may reduce the chances of developing diabetes and the metabolic syndrome that precedes it.

It all boils down to this: Eat more fatty fish, and enjoy better health. Not sure what to buy? Check out this guide as to what salmon is fresh and in season now! —Jenn