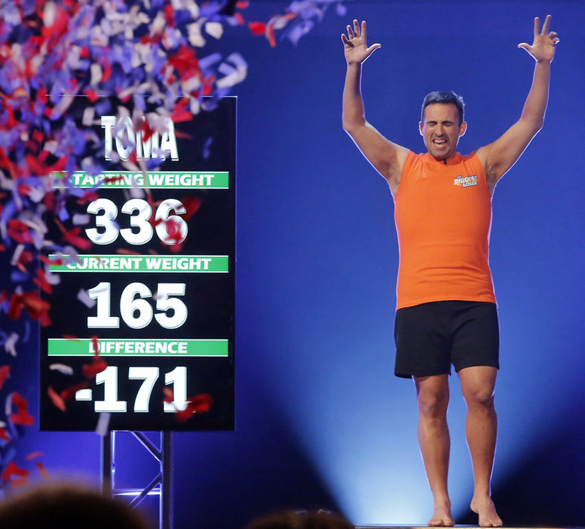 The best kind of rain to get caught in — winner’s confetti! Toma celebrates his Biggest Loser win. Credit: Vivian Zink/NBC

SPOILER ALERT! We’re recapping tonight’s The Biggest Loser finale (get all the recaps here!), so avert your eyes if you don’t want to know what happened.

Tonight’s Biggest Loser Season 16 finale was peppered with triumphant former contestants through the audience, perhaps as a counterpoint to the New York Post interviews with former contestants who didn’t have the best experience on the show. But if you were a fan of the show, you were treated to some all-star weight-loss transformations and an ending that was nearly a photo finish.

Before we got to see the contestants, Alison Sweeney, in a killer black studded dress, introduced the trainers, who also looked pretty smashing. Dolvett talked about this season’s athletic competitors and said what a thrill it was to train athletes.

Quote of the Week

From Dolvett: “They truly reached their glory days.”

First up were Lori, Emmy and Damien, who said that he hasn’t weighed this little since middle school. And Lori brought her Olympic gold medal-winning softball teammates with her in the audience. Emmy’s whole family has changed so much that her son wants a 5K-themed birthday party (great idea!). Their final weigh-ins:

Zina, Chandra and Blake were up next. Zina flew in from Australia, where she’s been coaching her tennis stars at the Australian Open. Final weigh-ins:

At this point, Blake was in the lead — an amazing transformation for someone who admittedly struggled in her first few weeks on the ranch.

Mike, Gina, Vanessa and Matt came out, and Mike showed an amazingly touching photo — he was now able to fit into his late son’s military fatigues. Final weigh-ins:

Matt took the lead from Blake but there were three more contenders — JJ, Rondalee and Jordan. JJ credited cleaning up his eating for his success: “You cannot out-train a bad diet.” Final weigh-ins: 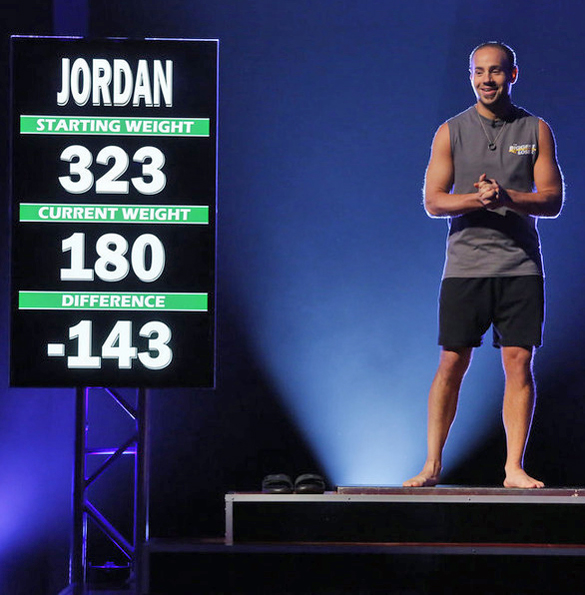 By losing nearly 43 percent of his original weight, Jordan took home the hundred grand for the at-home prize.

Time for the Three Finalists 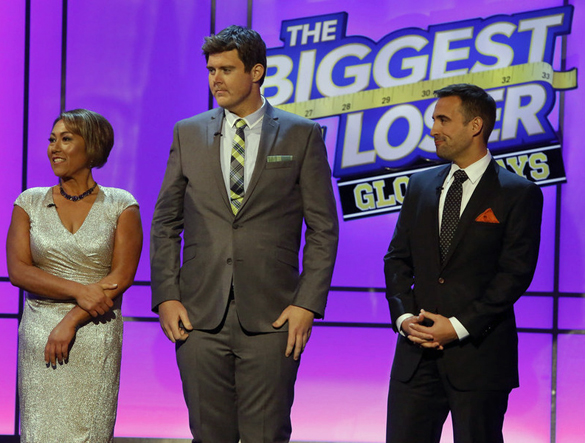 Sonya stepped out in a silver wrap dress looking like the “younger sister” version of her former self. Rob, who scowled and sulked his way through much of season 16, strode the stage with a huge smile. Dr. Huizenga informed him that everything he showed up on the ranch with — sleep apnea, prediabetes, high cholesterol, high blood pressure, you name it — all have basically disappeared with his weight loss. They saved Toma for last, and he looked just as amazing as everyone else. Okay, perhaps a bit more amazing.

Toma is the Biggest Loser

Can you believe Toma beat Sonya by 1 pound? Before Toma weighed in, Sonya exclaimed that “Regardless of what that scale says, we have won.”

Indeed, they all did.

What did you think of the finale? Was it, as some on Twitter exclaimed, the “best season ever”? — Gail