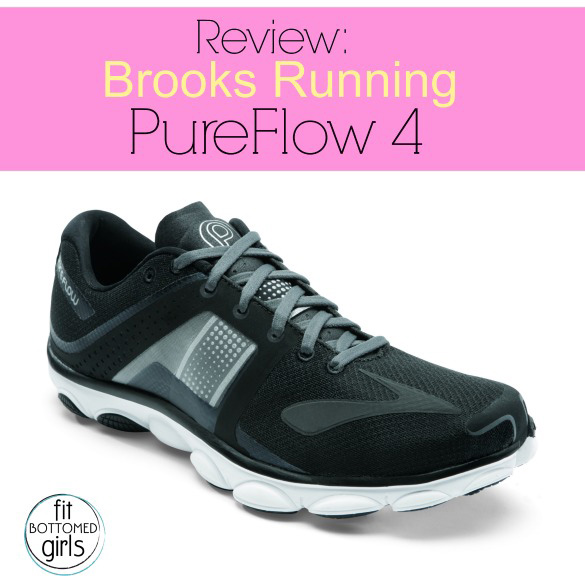 As Kristen said recently, usually our Brooks Running gear reviews are done by Jenn, but seeing as she’s got an adorable new bundle of cuteness and isn’t really sprinting anywhere for the moment, we are so graciously jumping in to help her out. (It is a tough job, guys.) So while I’m going to put on my Brooks Running ambassador hat, you’ve gotta know that as always, our opinions are completely our own. (It’s the best job, guys.)

Before I get to a minor confession, I have to tell you that long before we were friends with Brooks Running, my marathon-running brother was a die-hard Brooks Running shoe fan. The dude is fast and fit and could clock 20 miles like it was no big deal. You know, just a regular Saturday! He’d run a marathon and instead of limping along like so many people do at the end, you’d barely be able to tell he had exerted himself at all. When I met up with him after his NYC marathon, he seemed about as wiped as I would have been had I gone on a walk around the block, that is to say: not very wiped. When he was running marathons frequently, he was putting serious miles on his shoes, which meant that he was ordering new shoes frequently. And he would order the same pair of Brooks Running shoes over and over and over and over again. He swore by them, and ordered them until they were discontinued and had to find another Brooks shoe.

Ready for my confession? While Jenn has tested numerous Brooks shoes and my brother swears by them, I’d never had a pair until this year. I was super pumped to get PureFlow 4 in the mail to see if they lived up to the hype. The first thing that amazed me when they landed on my doorstep was how light the box was. I was legitimately wondering if it was possible that the shoes got stolen or left out of the order. The fact that a shoe box inside a shipping box — with shoes inside — could be so light is a testament to how light the shoe is. If you’re wondering: 7 ounces.

The PureProject line of shoes are designed to give you support but then essentially “get out of the way” so you can just enjoy your workout and forget about your shoes. I found the PureFlow 4 to be super comfortable — they felt at once springy and smooth, supportive and simple. They weren’t bulky or cumbersome in the least, yet give you plenty of cushion and support so you’re not thinking about your shoe. I’m far from being into distance-running shape again, but on the short runs I enjoy as I build distance, I’ve really liked these. They’re snug and supportive, and perfect for my fairly high arches. I also have problems with shoes rubbing my heels sometimes and whether I’m running a treadmill, on the sidewalk or in the yard with my kids, these have been nothing but comfortable.

I’ll say one thing: I’m starting to see why the Brooks shoe-lovers are a dedicated group. —Erin