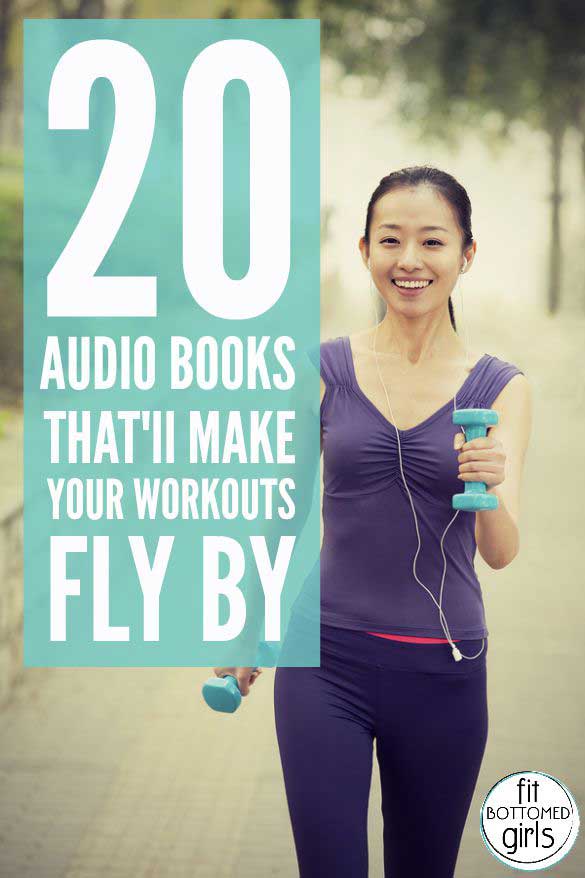 Are you a bookworm? Or wish you had more time to read, but when it comes to the decision between spending your free time with workouts or books, you pick workouts? Well, then audiobooks might just be the best thing for you since kale. That’s been made into chip form. And sprinkled with “cheese.” Because audiobooks let you read while you work out. (Well, you’re not technically reading you’re listening, but YOU KNOW WHAT WE MEAN.)

Listening to audiobooks is a super fun way to pass the time during workouts. Everything from thrillers to mysteries can get you so wrapped up in the story that you almost forget what you’re doing, and comedy books can have you laughing your ass off (ha, almost literally). So if you want to help make the miles fly by, go a bit farther or do a little multitasking, check out one of these audiobook suggestions from Audible. (Which, if you haven’t checked out Audible yet, it’s a pretty darn cool service.) The first 10 are enthralling novels; the second half is all comedies!

Which one will you read/listen to first? It’s kind of hard not to pick The Snark Handbook — or Tiny Ladies in Shiny Pants — just on book title alone! —Jenn