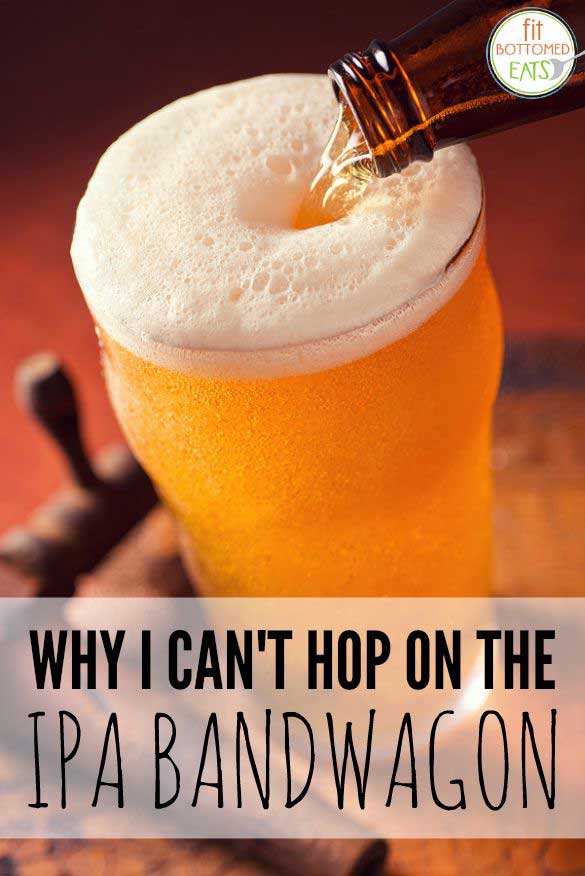 When someone asks me what kind of beer I like, I offer a long, drawn-out answer. I love a wheat beer with some nice spices, and inky black stouts hold a special place in my heart. I’ve enjoyed numerous brown ales and ambers, and my affinity for fruity beers, radlers and shandies is well-documented. Sours aren’t my favorite, but I’ve had one or two I enjoyed, and, of course, I rarely say no to a crisp, cold, refreshing lager on a hot day.
But there’s one incredibly popular variety of beer that’s conspicuous by its absence: the ubiquitous India Pale Ale (aka IPA).
I keep trying to like them, but you guys? Every IPA has, more or less, tasted like feet* to me. Sometimes I find one that smells really good — like the piney scent from those made with Simcoe hops, or ones brewed with grapefruit peels or habanero peppers. But then I taste it and … what do you know? Feet. Every time.
(*No, I have not actually tasted feet. But if you imagine what feet must taste like, well, there you are.)
Many of my friends — including my beer snobbish spouse, Jared — are serious hopheads and true connoisseurs of the IPA, discussing the intricacies of their favorites at length. They give me a little grief for it, but most of my shame has come from within. I mean, if I consider myself a beer snob, surely I should be all about the most popular beer in America, right?

It’s Not My Fault!

Well, as it turns out, it’s not just that I’m being picky — science has my back. We are genetically hardwired to not like bitter flavors as a defense mechanism (think back to the time of hunter/gatherer societies, when the best way to determine whether a berry was safe to eat was not to Google it, but rather to give it a taste). And, because of their hoppy nature, IPAs are definitely bitter — so much so that their bitter flavor is measured in International Bitterness Units (IBUs).
Some folks are more likely to dislike bitter flavors due to the presence of a taste carrier gene called TAS2R38, which basically means you taste anything bitter (like hops, coffee, kale and Brussels sprouts) more strongly than someone without the gene. In fact, one study found that people with the TAS2R38 gene avoided bitter so much that they ate around 200 fewer servings of vegetables a year than those without it!

Okay, Not Entirely My Fault, Anyway

So, if things like coffee, kale and Brussels sprouts are lumped in there with IPAs, why do I dig the cuppa joe and veggies but not the beer? It kind of comes down to the nature/nurture idea — you can train your taste buds to like things with repeated exposure. Because of all the health benefits of those veggies, I exposed my taste buds to them repeatedly without thinking twice.
And I suspect that because I was able to gradually introduce the bitter flavors of these other items by including kale in smoothies to start with, or only eating Brussels sprouts prepared like this, I learned to love the foods themselves before fully experiencing their full bitter flavor.
So, what’s a beer-lovin’ foodie to do? If at first you don’t succeed, try IPAs again. And again. And again. (And remain thankful for a spouse who will continue to let me sip on his favorite drinks, even though I make this face every. single. time.)
Do you love your hops? Or do you struggle with bitterness, too? I feel very much in the minority, but that might just be because I’m surrounded by beer snobs with virtual PhDs in IBUs. —Kristen