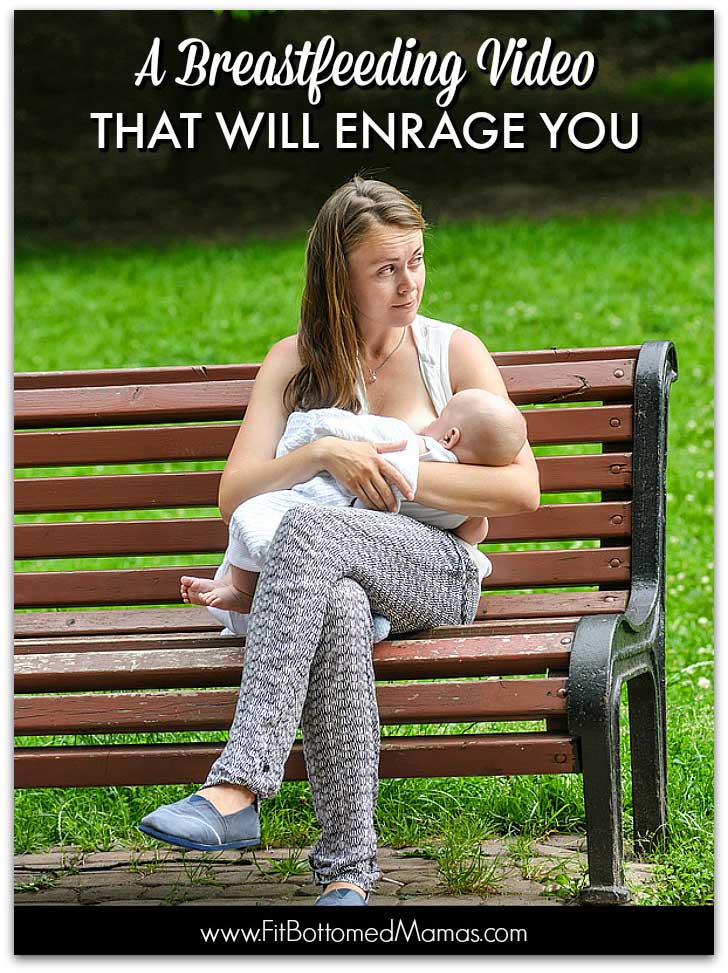 You always hear stories about women being asked to cover up while breastfeeding in public. Or being asked to do it in the bathroom or in the car. No matter what anyone tells you, as a nursing mom, you’re within your legal right to nurse wherever you’re allowed to be. So whether that’s in a restaurant, on a park bench or at the grocery store, you’re not breaking the law.

I’ve nursed three kids in public and I’ve been lucky to never have someone make a rude comment to me. Honestly, the majority of people didn’t even know what I was doing and would smile as they passed; most people just get warm fuzzies seeing a baby “sleeping.” So I don’t know if I’ve just been lucky or if people are just more accepting of it here or if I’m just so discreet that they don’t know what’s going on, but I’ve never had to bite someone’s head off for being rude.

This breastfeeding video, though, had me wanting to jump to the nursing mom’s defense. In this social experiment below, there’s a woman showing cleavage and a woman nursing. Although some of it seems a bit staged, guess who gets the positive attention and who gets the rude comments?

Don’t you just want to punch some of those people? Some of it seems like it’s reaching or staged, but there’s no mistaking the fact that this does in fact happen. No one would ever ask a woman to cover up her cleavage, but time and again I read news stories about women being asked to go elsewhere while nursing or to wear a cover. Like I said last week, mind your tits and don’t worry about anyone else. Moms aren’t breastfeeding in public for the fun of it, I promise.

Have you ever been asked to move or cover up when breastfeeding in public? —Erin