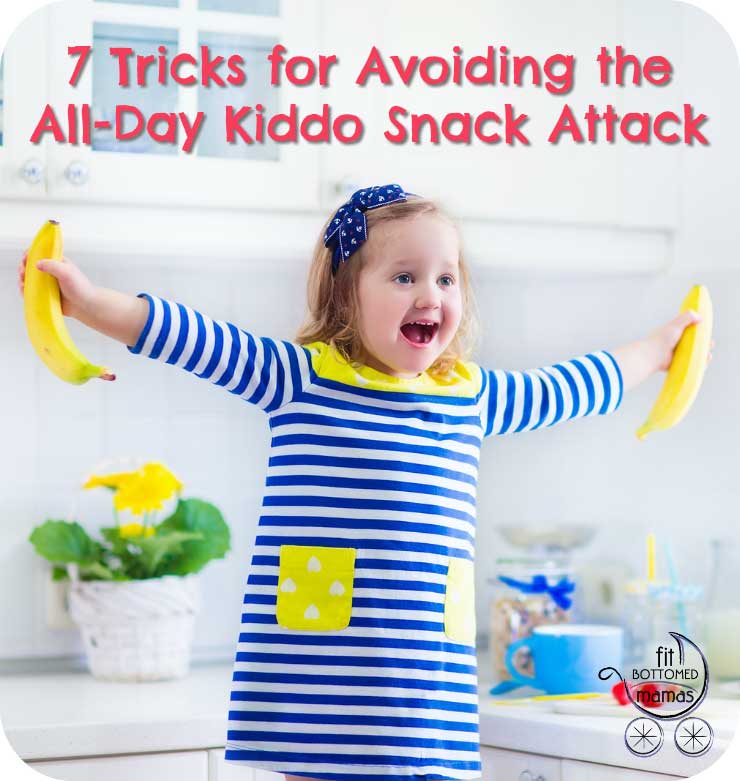 My almost-4-year-old son is a nibbler. Some weeks I believe he’s subsisting on air and two Goldfish crackers a day. Other days, he eats everything on his plate and asks for more. Then there are the majority days: When he takes two bites all day long and drives me flipping crazy.

Here’s what happens: I’ll give him lunch. He’ll eat the middle out of a PB&J or eat one slice of turkey. Maybe one sliver of an orange. He’ll then declare himself full and go on to do something else. Twenty minutes later? You know the drill. “I’m huuungry. I want some-fing else.” You had something. It’s called lunch. Go eat it.

Then? My favorite part? He’ll ask for a snack in the afternoon. I’ll give that to him. He’ll then eat two bites of a banana and throw the rest away —- or leave it under a couch or something. How the top of my skull hasn’t popped off my head due to the explosion in my brain is beyond me.

On one hand, it’s a total power trip: Will Mom give me food? I know this because he can be with his dad and it’s only when I walk through the door that he is suddenly ravenous. I’m so glad I’m so strongly associated with food (hashtag eyeroll). On the other hand, I’m sure there are genuinely times when he’s hungry; just like adults sometimes need to snack to get through until dinner time, so too do children need sustenance outside of set meal times, particularly when they’re having growth spurts. But the all-day whining and begging for food will drive any mom to the brink of insanity.

Full disclosure here: I have absolutely no idea what I’m doing. But here are some of the things I’m trying to do to help my skull remain attached to the rest of my body.

1. Encourage eating at meals. I’m in no way a member of the clean plate club of moms. But there’s a vast difference between a kid who is eating their meal and declaring him or herself full and one who’s not eating anything and declaring himself full only to be RAVENOUS! STARVING! TUMMY GRUMBLING! within the hour. I will always call him back to the table and encourage him to eat and remind him of the tummy-grumbling consequences if he doesn’t eat.

2. Leave the lunch. When he takes two bites of lunch and declares himself full, I leave lunch on the table. If he’s hungry in the next hour, he gets to eat that and only that.

3. Give choices. When it comes to snack time, give options. This puts the ball in the kids’ court so that they can’t then complain (as much) about not liking (and then not eating) something.

4. Involve kids in cooking. When my son helps me cook, he does seem to be more likely to try more of the food we’ve made. Plus, it gives him ownership of the meal; he can’t just blame me for the “worst dinner ever.”

5. Veggie ready. Pre-dinner is always the hungriest time of the day. Little people are always coming to grab bites of whatever I’m making for dinner, so I try to have veggies ready for them to grab. It’s a good way to get the kids to snack on carrot sticks and get a few vegetables in.

6. Kitchen closed. The kids know that the kitchen is closed after dinner. If you don’t eat your dinner and it’s not there once the kitchen is cleaned, you’re out of luck until breakfast. If my kids ate well and then needed a snack later? That’s one thing. It’s the skipping meals in the hopes of a later snack behavior we’re eliminating.

7. Make dessert a sometimes thing. My kids got it in their heads, probably around Halloween, that dessert was a necessity after dinner. We are still trying to convince them that dessert doesn’t always happen; it’s a special treat.

Our system is still a work in progress. But having a few food rules like this lets kids know who’s boss and that there are limits to the behavior that’s allowed. Moms do enough cooking and cleaning; it helps to limit it to certain times of the day as much as possible!

Did you have a snacker? I’d love to hear any tips that worked for you! —Erin